The history between Rapa Nui and the Race for Water Foundation harks back to May 2015, when the first odyssey made landfall on Easter Island with the objective at the time of making an accurate analysis of the plastic pollution of our oceans. Since this time and their meeting with Mama Piru and Francis Picot, who have been battling for decades to combat plastic pollution on the island, the Foundation’s teams have maintained regular contact with the local authorities and officials in a bid to continue weighing up which solutions are best suited to dealing with the island’s problems and constraints.

Located over 3,600 km from the Chilean coast and over 4,000km from Tahiti, this iconic island is one of the most remote in the world. Boasting a surface area of 166 km2, each year it welcomes over 100,000 tourists and must satisfy the needs of nearly 7,500 inhabitants.

Due to its geographical isolation, waste management is complex. Indeed, each year over 2,300 tonnes of waste are generated. Thanks to the work of Mama Piru and her teams, part of the recyclable waste is sorted and stored. However, today solely 5% of this waste is dispatched to Chile to be recycled. Furthermore, just 30% of the waste is sorted at source, which means that the vast majority ends up being buried in the public dump, which is not governed by the same standards as a so-called controlled rubbish tip. And the growth forecasts for waste production are, like everywhere else in the world, exponential. On top of this, 50 to 70 tonnes of plastic waste are disgorged onto the island’s coasts each year via the sea. Indeed, Rapa Nui Island is situated along the edge of the South Pacific gyre. As such, part of the marine plastic waste washes up there, the bulk of it in the form of microparticles, some of which has been swirling around for many years.

Energy production is another challenge for the island. Every year, 4,000 tonnes of fuel are imported by boat from Chile. As a result, the cost of production is high and subsidies add up to millions to enable the population to access electricity at affordable prices. It’s a far from sustainable production model, whether it be for the environment or for the local economy 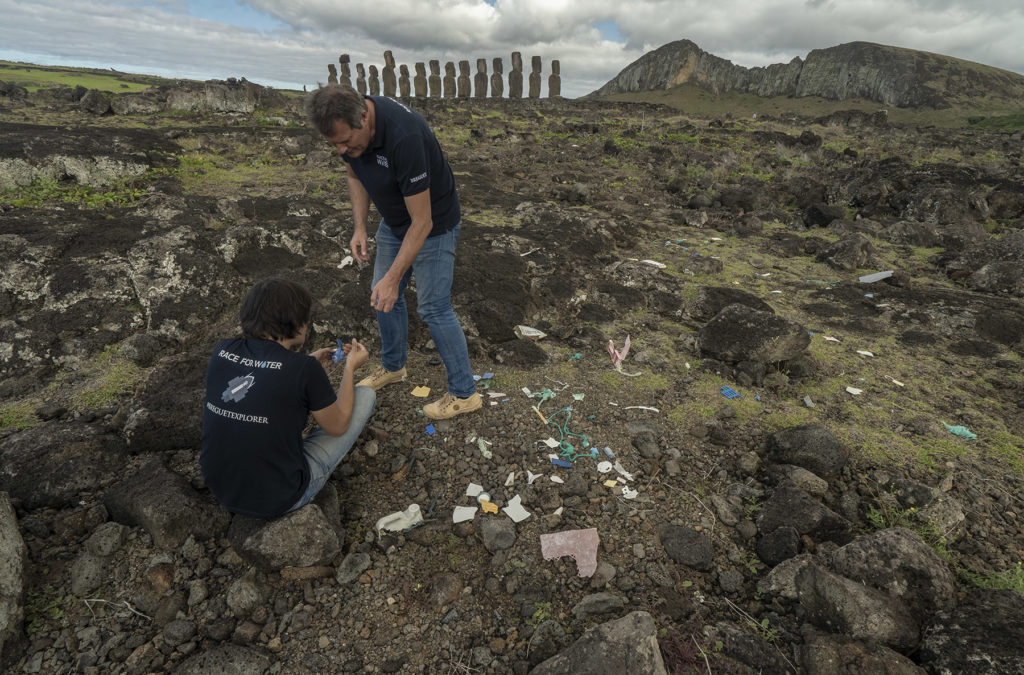 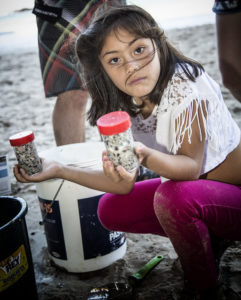 An EcoPark project, backed by the town council, has been under study for several years. It aims to put in place a genuine collection and sorting centre with the recovery of the Island’s waste. As such, we are keen to support this project, starting with the integration of the Biogreen® solution involving high-temperature pyrolysis. The latter would enable around 16% of Easter Island’s electrical requirements to be generated through the processing of the majority of the household waste, excluding compost, as well as all the marine plastics which wash up on the coast each day. This Biogreen® solution could also ultimately be integrated into a more global solution in terms of Rapa Nui’s energy self-sufficiency thanks to an ambitious project supported by the Blue Economy and based entirely on renewable energies, which takes inspiration from the technologies present aboard the Race for Water’s ambassador vessel.

The success of this demo project on Easter Island will pave the way forward for all the other islands of the world, the majority of which face the same challenges.

Saturday 8 September saw the creation of the Rapa Nui for Water committee. The latter guarantees our various undertakings with and for the local population. The objective of this association is to continue the work on the ground that was started during the Foundation’s second stopover in Rapa Nui, with a view to the implementation of the technology to convert waste to energy as well as sustainable technologies aimed at ensuring the island’s self-sufficiency in terms of energy. 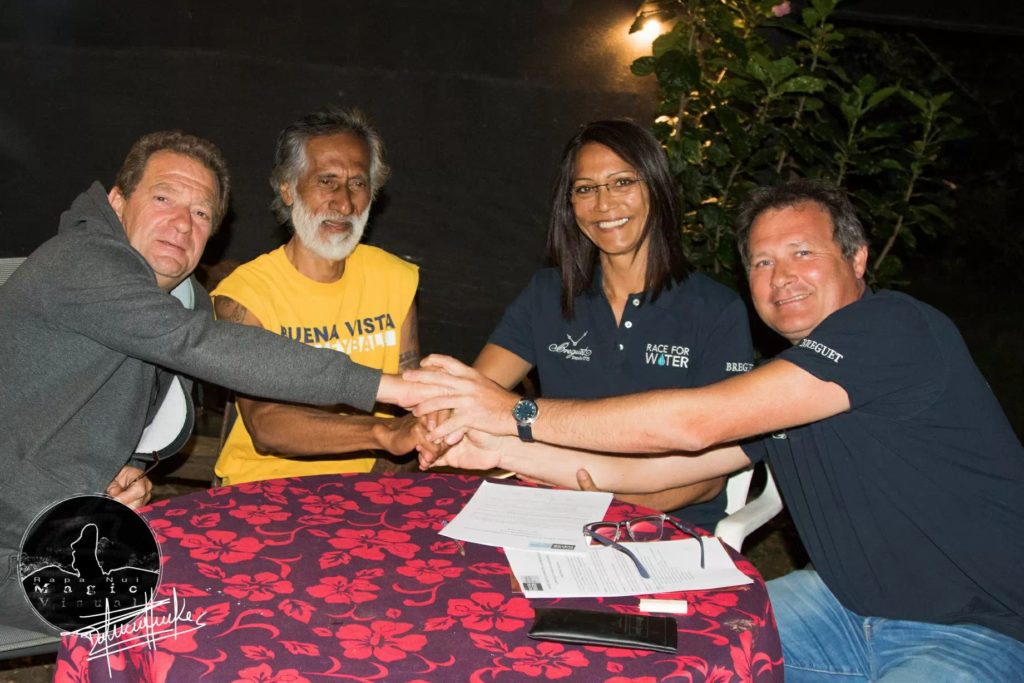 Among the founding members are Pathy Hucke Hucke, head of Rapa Nui Magic Visual, an audio-visual production company for promoting Easter Island, Jérôme Amigues, a Frenchman who has settled on the island and has been committed to it for several years, and also Petero Hucke Atan who was a teacher on Easter Island and is a genuine authority on the ancestral culture of Rapa Nui and Polynesia. 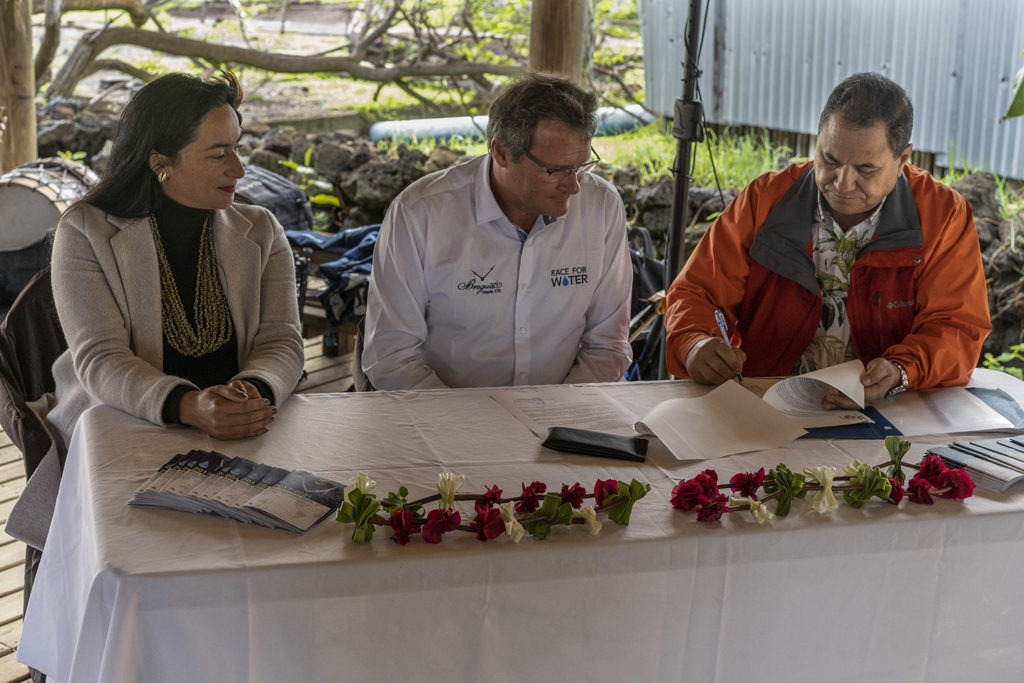 With the approval of the governor, Mrs Tarita Alaracon, a draft agreement has been signed between the R4W Foundation and the Municipality represented by Mr Petero Edmunds, Mayor of Rapa Nui 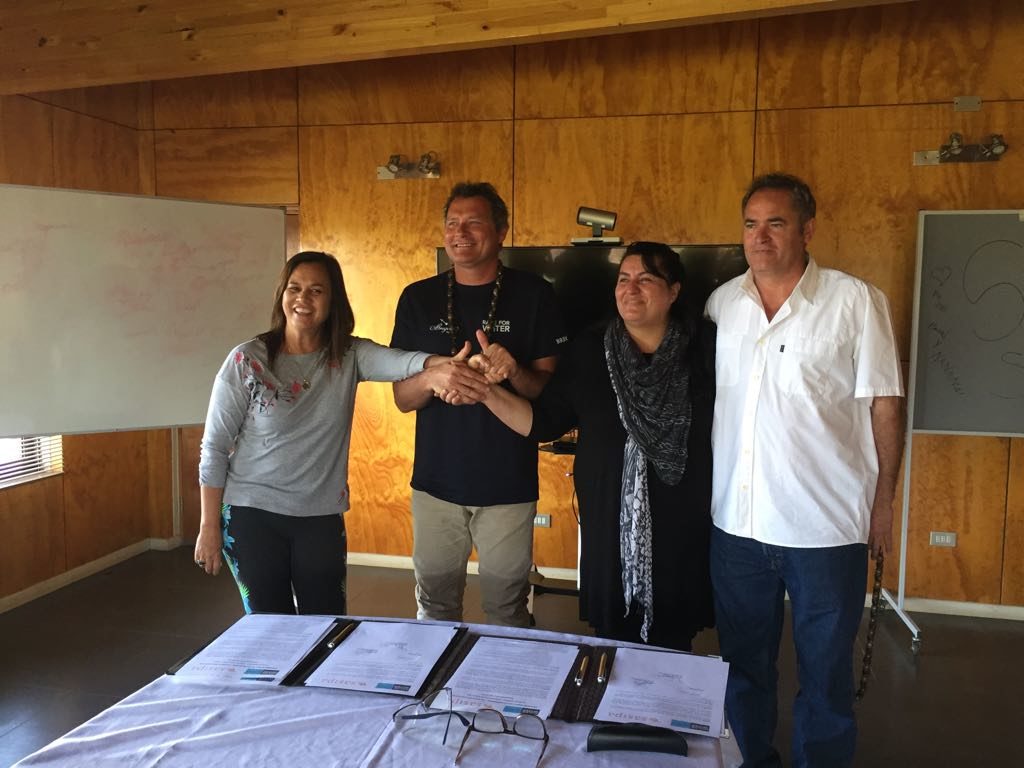 Signing of a key agreement with the SASIPA company, an electricity producer on Easter Island, to operate the Biogreen 300, represented by its director Luz Zasso and by Patricia Edmunds, member of the board of directors.

Marco Simeoni and the Race for Water Foundation’s teams also met with several groups to explain and present the Biogreen and its benefits to the different local organisations and institutions, notably the CODEIPA (Easter Island’s Development Commission) and the HONUI committee (a committee representing the 36 families of the island), which widely support the Race for Water programme.

The project also received the backing of the Chilean government, including that of President Piñera who visited the ambassador vessel in person during the stopover in Valparaiso. Also in attendance were the Minister of the Interior Mr Chadwick, the Minister of the Environment Mrs Cubillos, Finance Minister Mr Valente and Energy Minister Mrs Jimenez.

Find the video of our stopover in Rapa Nui Island