Moored in front of the capital of Honiara, Race for Water spent 7 days in the Solomon Islands, in the midst of a rebellion related to the results of the election of the prime minister; indeed, riots and looting followed the results of the vote, the elected candidate being known for his penchant for corruption.

Despite this uncomfortable situation, the Foundation’s representatives were able to carry out their programme with nearly 111 people welcomed on board: schoolchildren and representatives of agencies in charge of waste management.

The assessment: though the streets are saturated with plastics and change is slow in being implemented, individual, associative and community initiatives are arising. The awareness of the population is increasingly important and here, as in Vanuatu, we can imagine that the change will come from the citizens.

The Solomon Islands form a vast archipelago to the east of Papua New Guinea. It stretches over 1,400 kilometres in length and 800 kilometres in width. There are 992 islands, continental, coral or volcanic, 147 of which are uninhabited. The landscape is a combination of shades of green and blue. The dense forests cover 80% of the territory and are home to 4,500 species of plants and 173 species of birds including the famous megapode. At their feet, atolls and volcanic cliffs are home to sea crocodiles, turtles, dugongs and an endemic species of sea snake.

The Melanesian population lives mainly from agriculture and fishing. Logging and mining are also a source of employment.

Newly independent (1978), the country is part of the Commonwealth and recognises the Queen of England as head of state. In Honiara, the capital, the election of the prime minister took place last week. Riots and looting followed the results of the vote, as the elected candidate is known for his penchant for corruption.

The geographical and human dispersion makes it difficult for this small and young state to assert itself as a stable and viable political entity. Nevertheless, with the help of neighbouring countries, it is on the right track.

It used to be biodegradable…

We anchored in Honiara, in front of the yacht club. The water is clear, multicoloured fish swim playfully under the boat. We could scarcely imagine that a hundred metres away, plastic is everywhere.

On the beach, shells are mixed with dozens of items of plastic waste. The creek that seems to be a fish nursery is filled with bottles, bags, packaging… 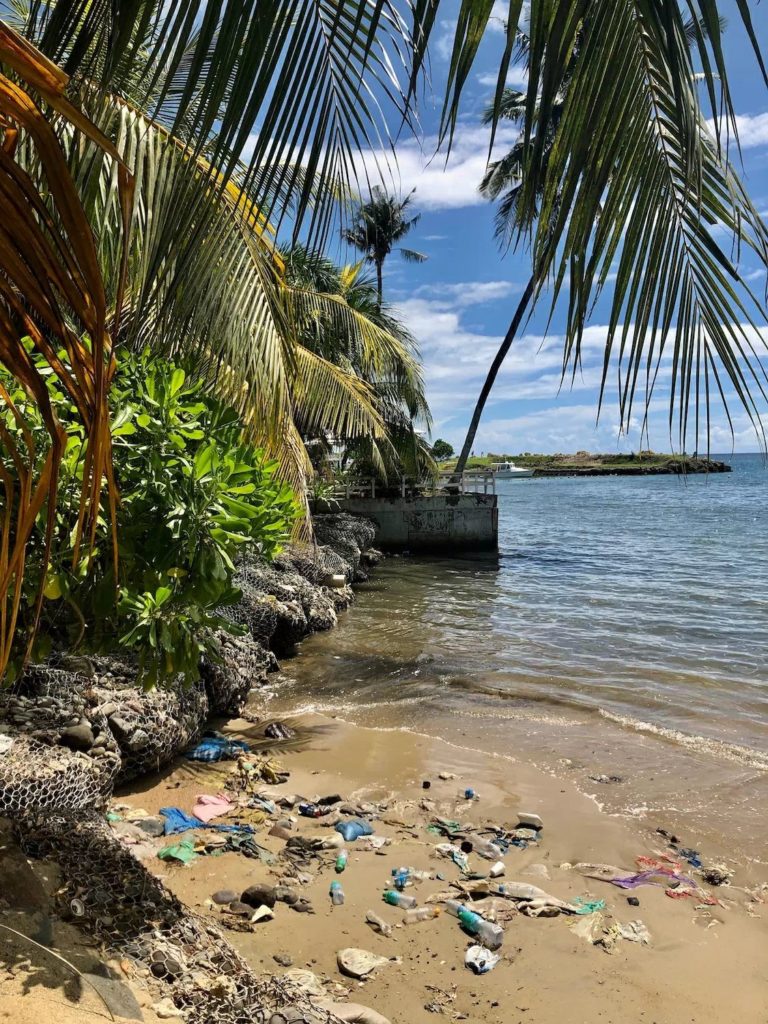 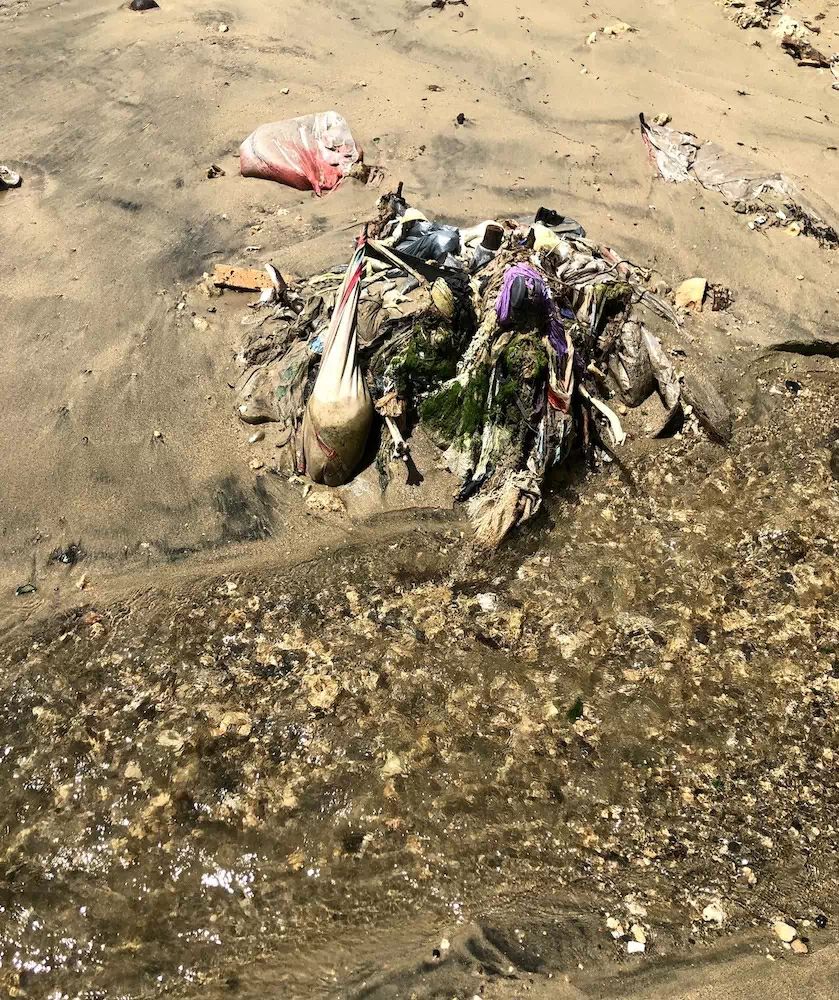 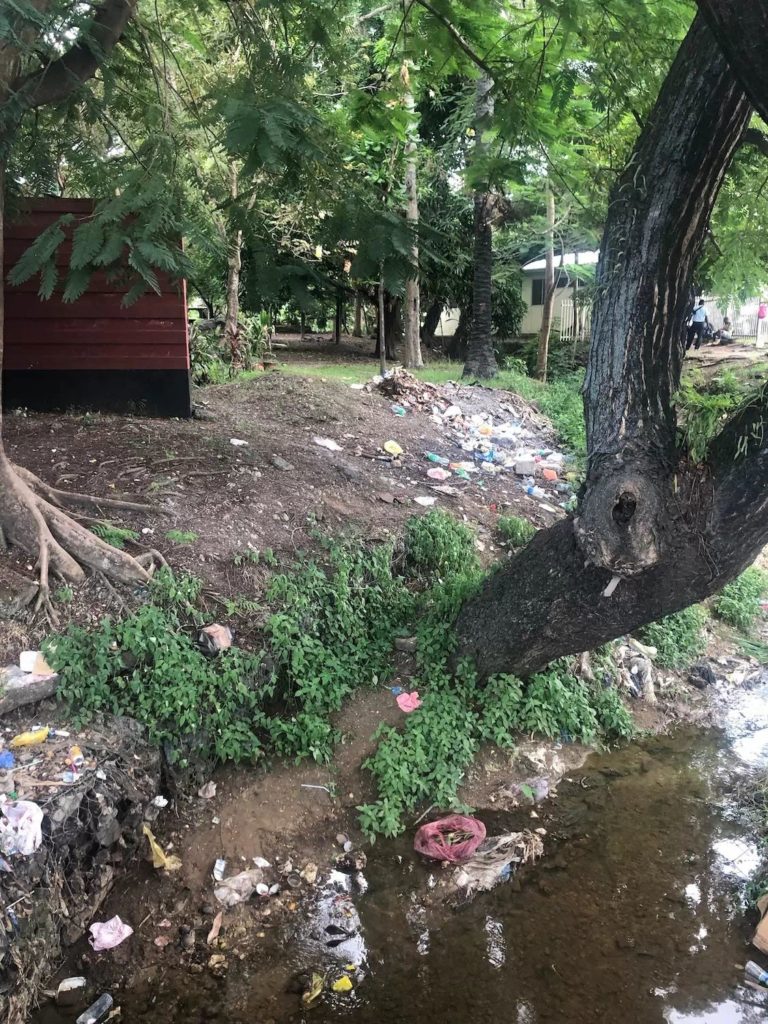 In the streets, plastic waste is everywhere. We see few rubbish bins and, when we do see one, either it is filled to the brim, or it is half empty with rubbish lying on the ground all around it… 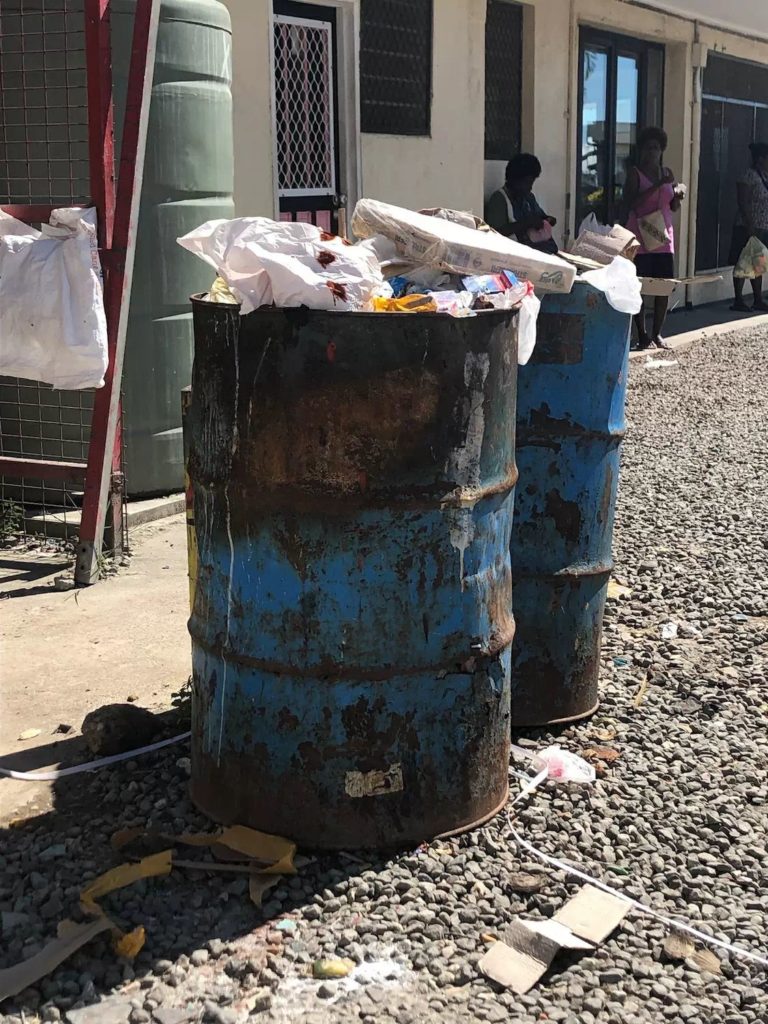 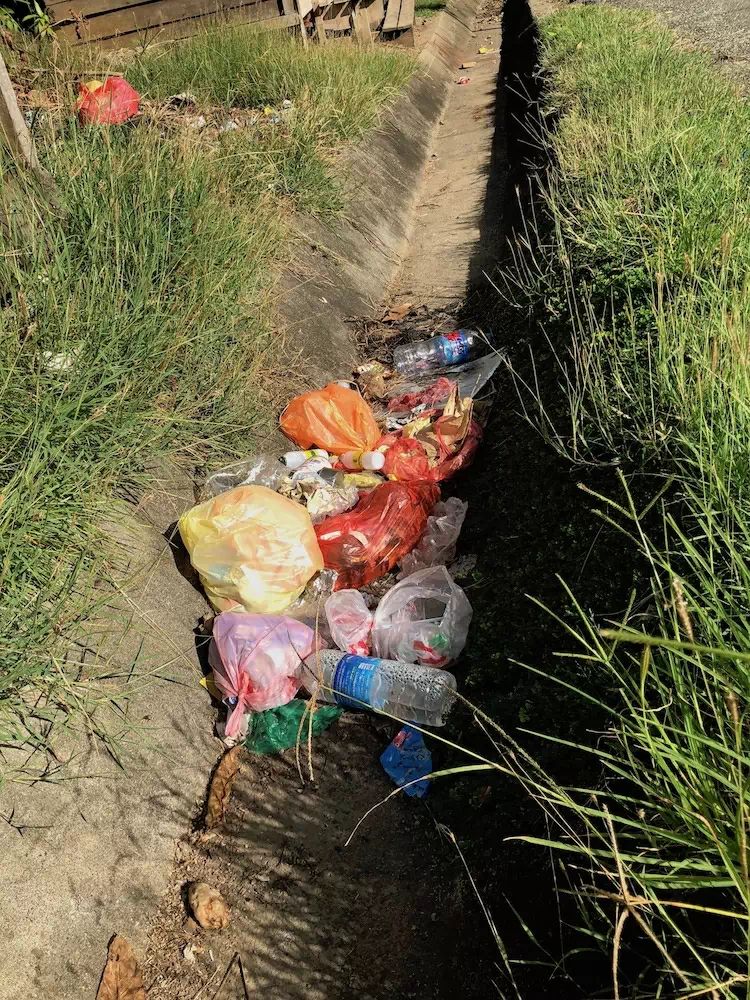 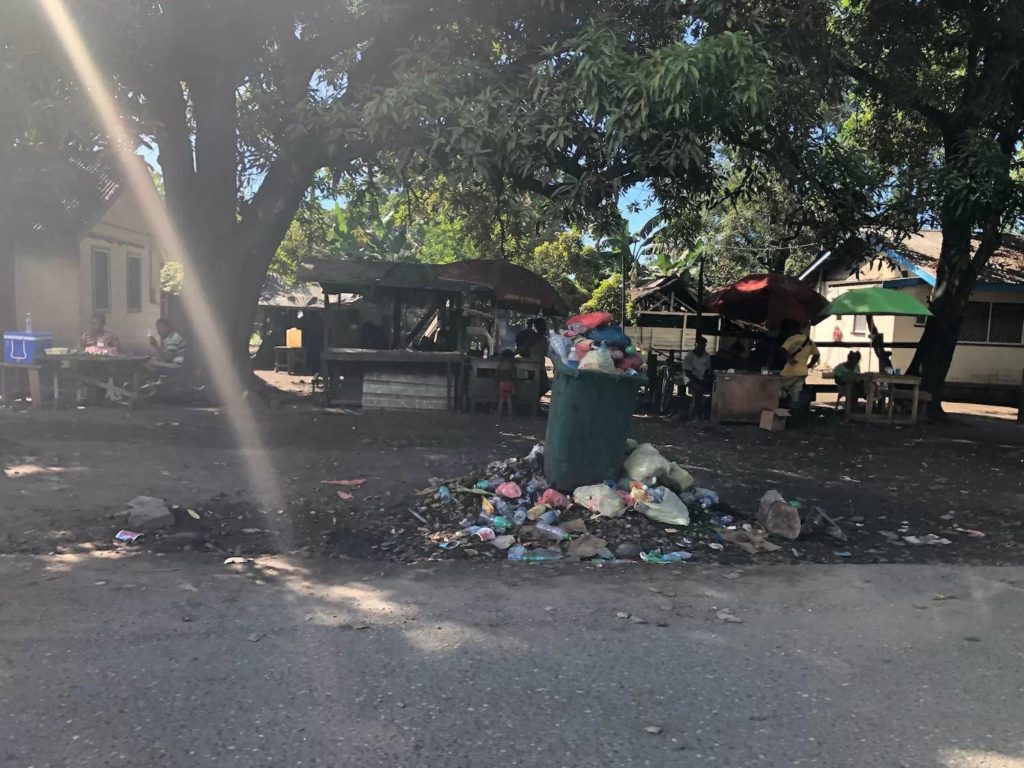 Farlaii, a candidate for the municipality of Honiara, explains the situation: “food used to be wrapped in a plant material (pandanus, coconut, banana leaf), people consumed and discarded this plant material. With the arrival of plastic, unfortunately habits have not changed, and waste is still thrown on the streets rather than in bins or recycled.”

David, a member of the Ministry of Fisheries and in charge of community awareness, adds: “There are national environmental education and awareness programmes. But there is a lack of means and follow-up. A more rigorous approach is needed from the government to make people feel really concerned about waste collection and separation.”
Like everywhere else, the growing importation of plastic products and standardised lifestyles are overwhelming the country’s landfill. The collection system set up unfortunately cannot meet the needs and only materials with market values ​​such as aluminium, glass and copper are separated. Plastic, despite the large volume it occupies in household waste, has been forgotten; it is buried or burned.

Part of the local population is aware of the invasion of plastic. Individual, associative and community initiatives are emerging. The awareness of the population is increasingly important and here, as in Vanuatu, we can imagine that change will come from the people. 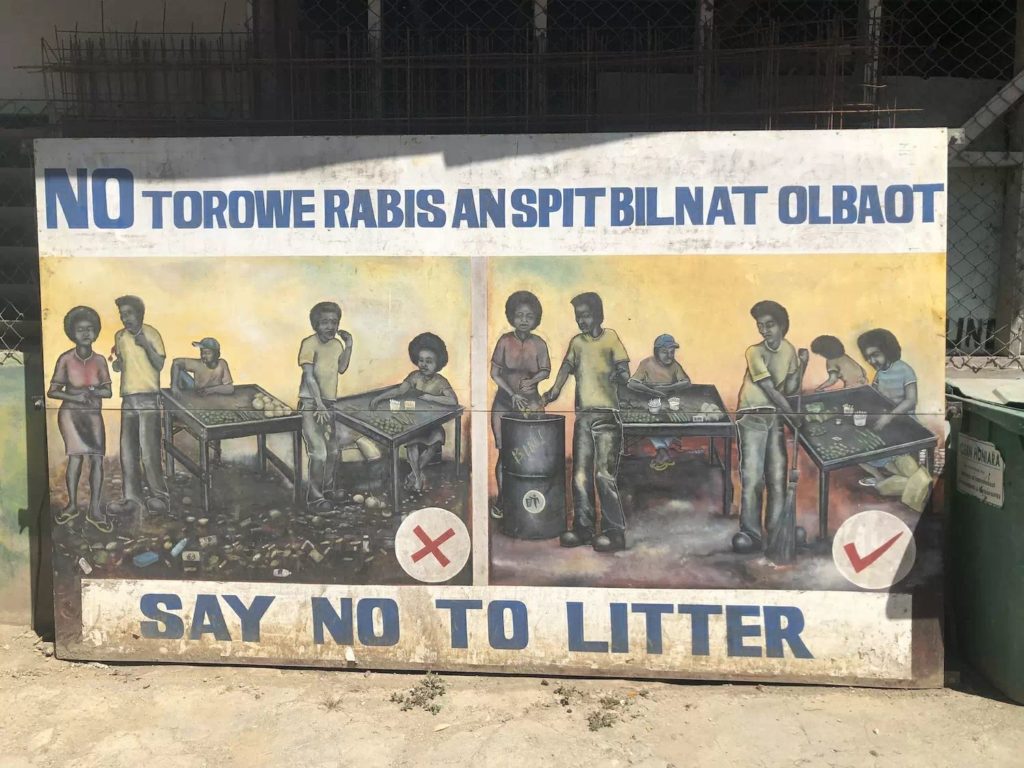 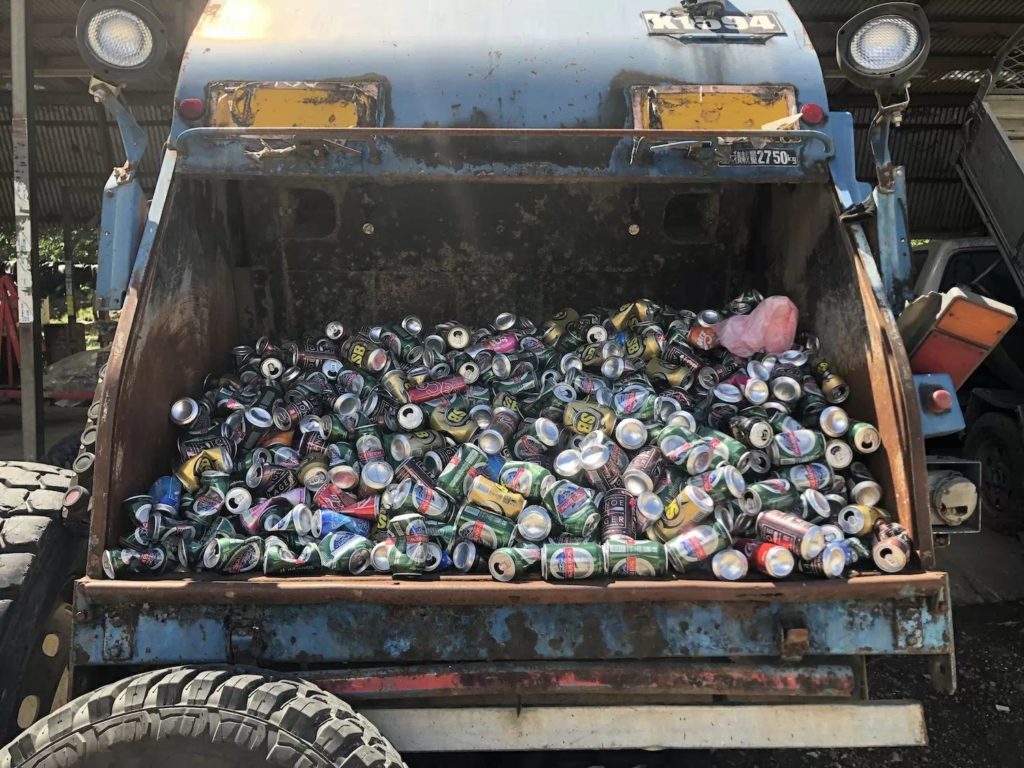 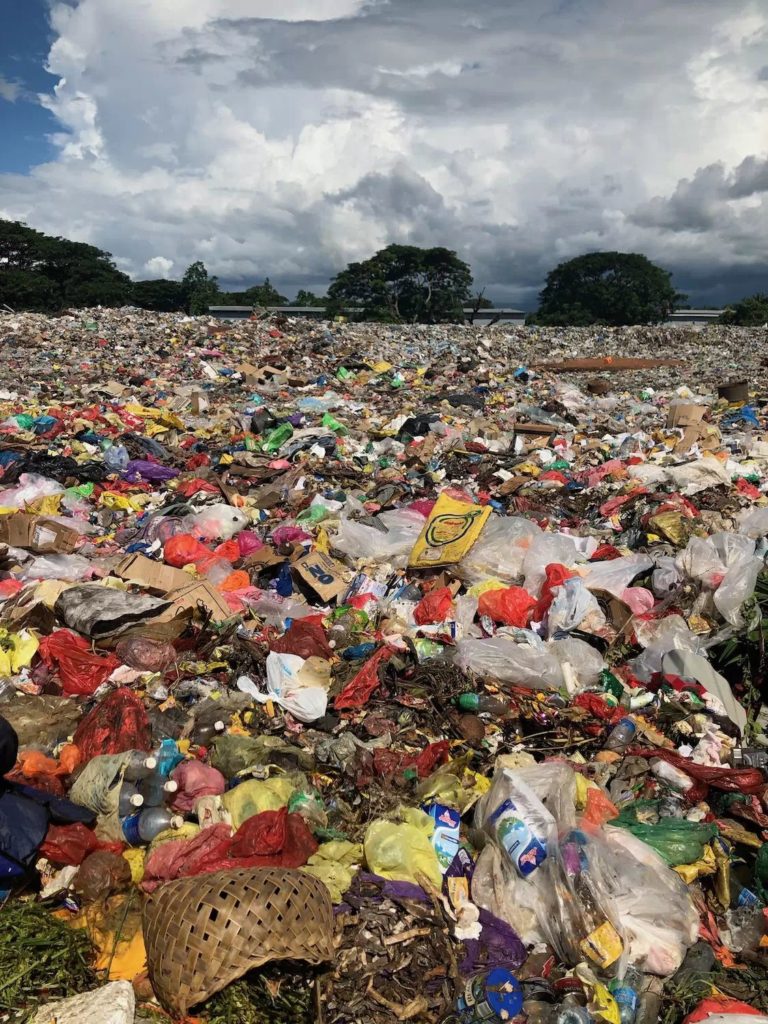 For now, the streets are covered with plastic and change is slow in being implemented.

We hope that the people will react, that the government will tackle the problem of waste, for it is about time.

We leave Honiara behind us, looking back one last time at these beautiful mountains and coastlines. One day perhaps, here as elsewhere, plastic will disappear from rivers and oceans.