After a month and a half stopover and research, the Act team from Race for Water has been able to evaluate the management of plastic waste on “Le Caillou” and conclude their trip with a collaboration agreement with the government.

Sheltered from the longest continuous coral reef (1600km), the 23 400km² of New Caledonian lagoons are home to an extraordinarily rich biodiversity counting more than 20 000 listed marine species. Listed as a UNESCO World Heritage Site in 2008, the lagoon is now a space to be preserved. Regarding the situation ashore, an exceptional rate of endemism of 76% of the flora places New Caledonia third in the World ranking after Hawaii and New Zealand. Unfortunately, this ecosystem is fragile and, today, New Caledonia is second on the “hot spots” list where the exceptional endemism is threatened by the pressures of human activities. 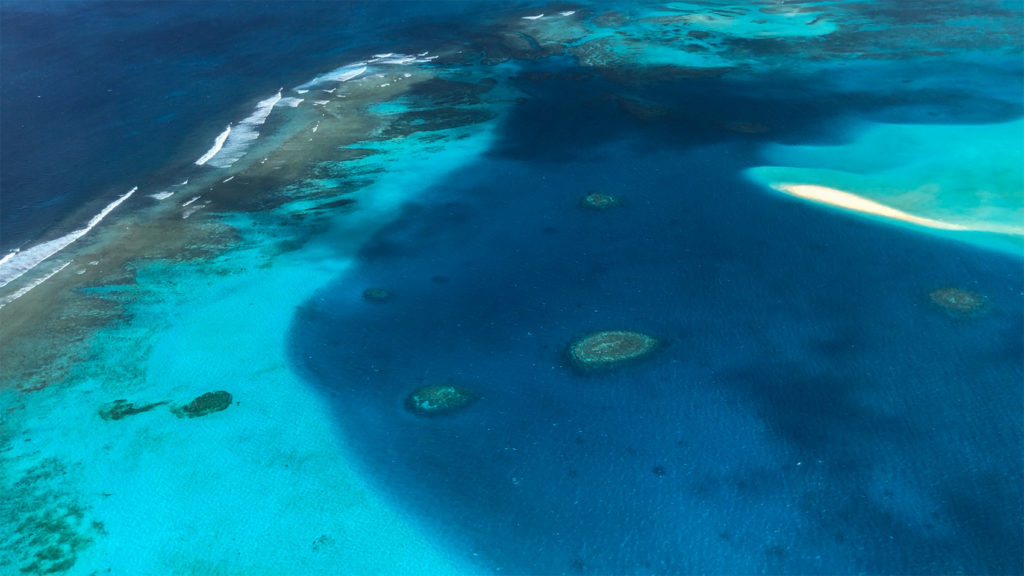 Good waste management is essential to preserve this biodiversity. However, as on most of the Pacific islands, waste treatment is a real challenge for the people of New Caledonia.

The Northern Province and the Province of the Islands still operate with rubbish dumps, which have been made municipal in order to more effeciently centralise communal waste, but few of them has yet been rehabilitated or brought up to standard. The lack of collecting points, the geographical distance to the capital and the force of enduring habits are slowing down advances in waste sorting in these areas. However, this would significantly reduce the quantities of waste buried, burned or abandoned in nature.

The Southern Province, home to most of the population and most of the country’s businesses, is the region with the biggest advantage in infrastructures but is also the one that produces the most waste with 438kg of household waste per year and per capita, whereas the world average is about 300kg. Finding solution for these increasing volumes is a priority and a few associations and elected officials are very active on the subject. Selling goods unpackaged and in bulk is becoming increasingly popular, even in some supermarkets. A new country law has just been published in January prohibiting the provision and importation of single-use plastic, starting with bags, as early as next summer. Disposable tableware and earbuds will follow in September, then trays and other types of packaging in 2020 and 2021. The transition is now well under way and this is good news, but we must go further. There is still a long way to go, especially in terms of management of recyclable waste and sanctioning of uncontrolled rubbish dumps (1200 listed in Nouméa alone, the mangroves being the first victims!).

Most of Grand Nouméa’s household and non-dangerous waste ends up at the Gadji landfill, which receives 200.000 tons per year. This site is cutting edge and meets the same standards as in France. Leachates (liquids from rubbish) are recovered and biogas, now captured and burned, should soon be converted into energy. 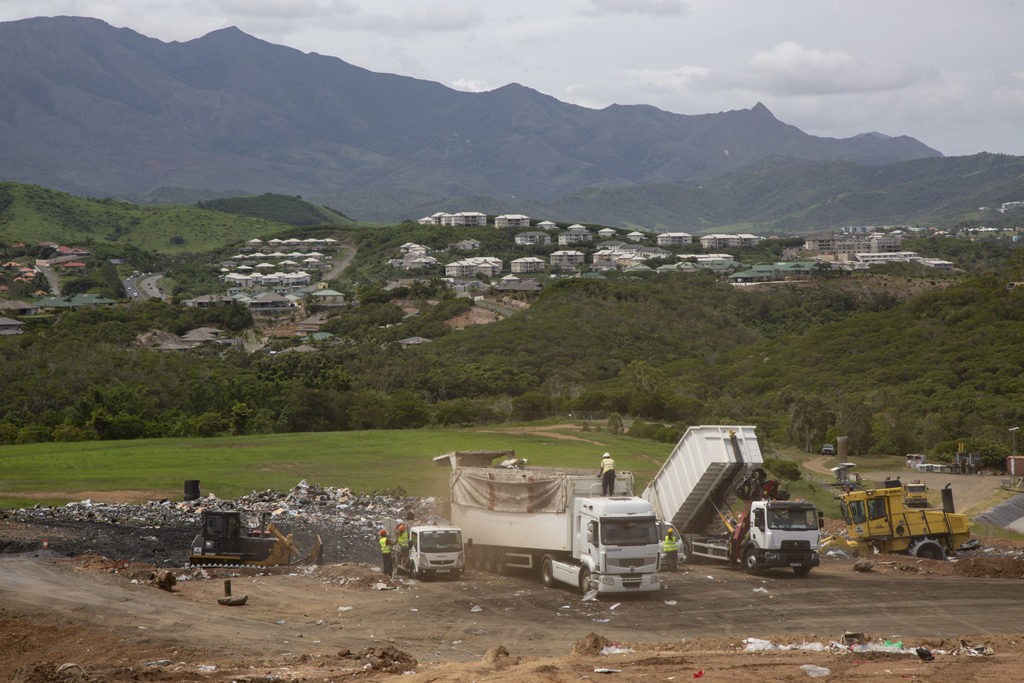 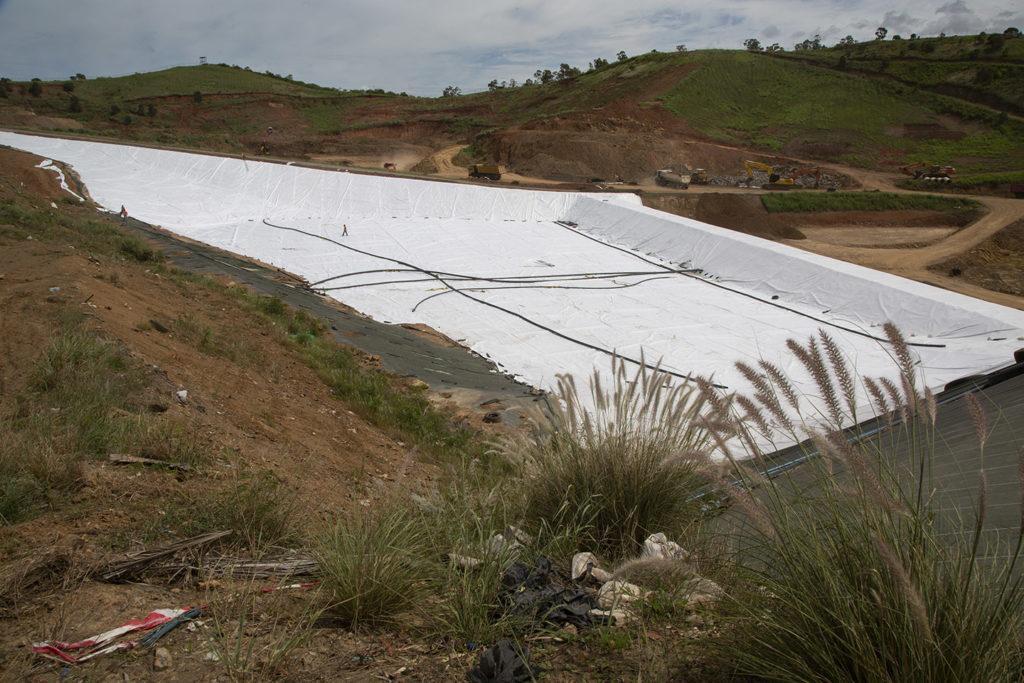 However, far too much recyclable and recoverable waste ends up buried in this centre when it could be recycled or converted into energy creating economical value and local employment. Plastic is a nightmare to deal with for the managers of the centre since it is very light, especially the bags, which means they very often get blown away in this area where wind is almost permanent.

Waste sorting still needs to improve in New Caledonia. The amount collected is currently extremely low. The only waste sorting centre in the town of Mont Dore operates at only one third of its capacity and captures only 2% of the amount of plastic generated on the island each year. 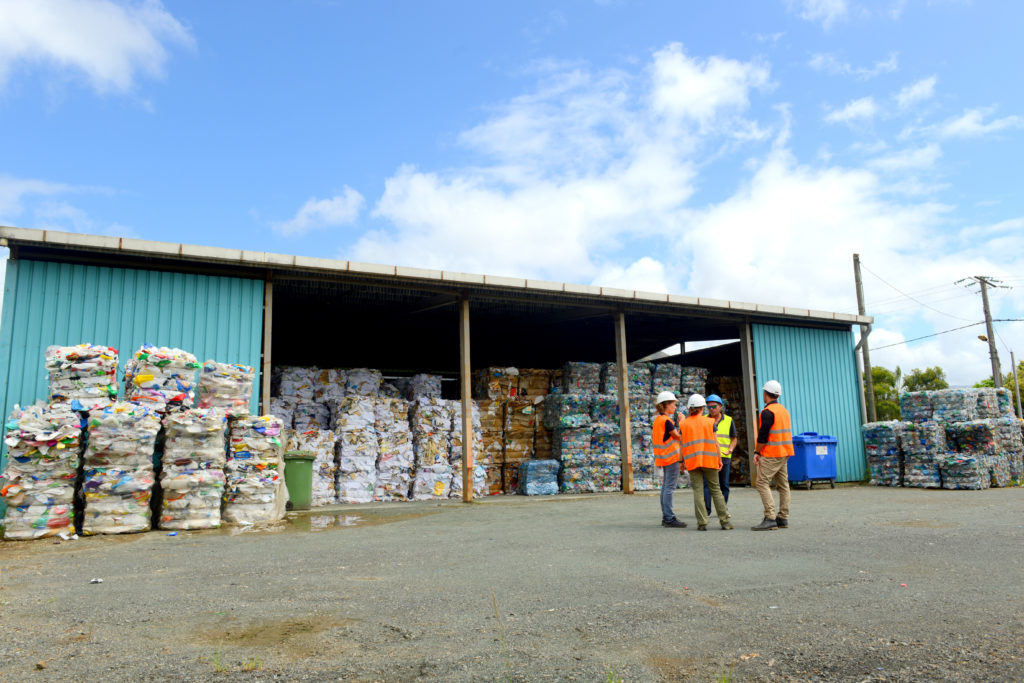 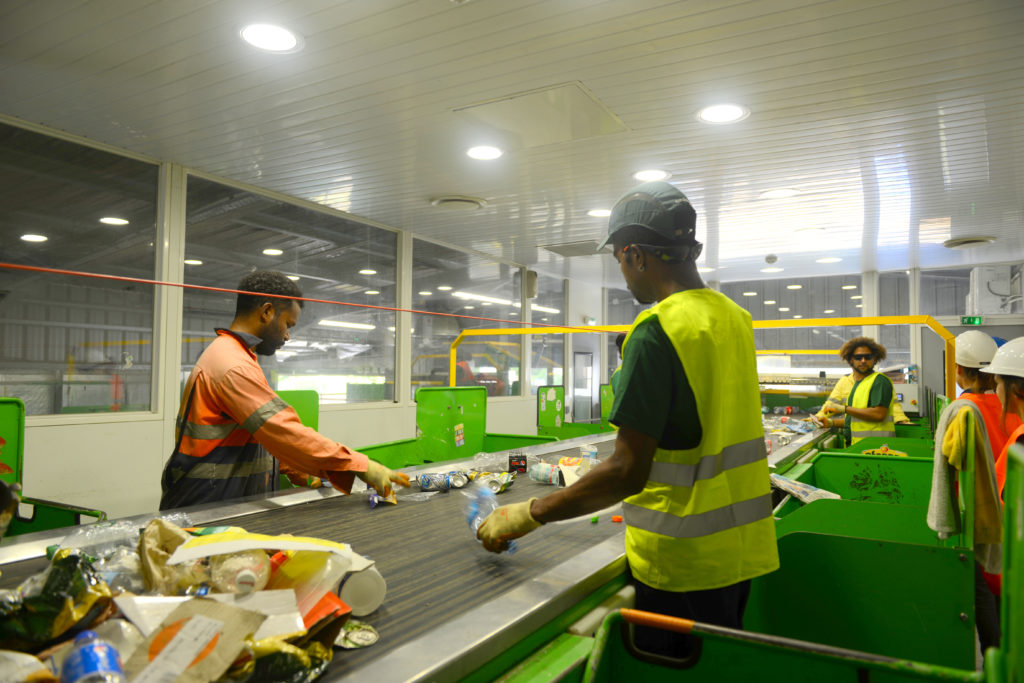 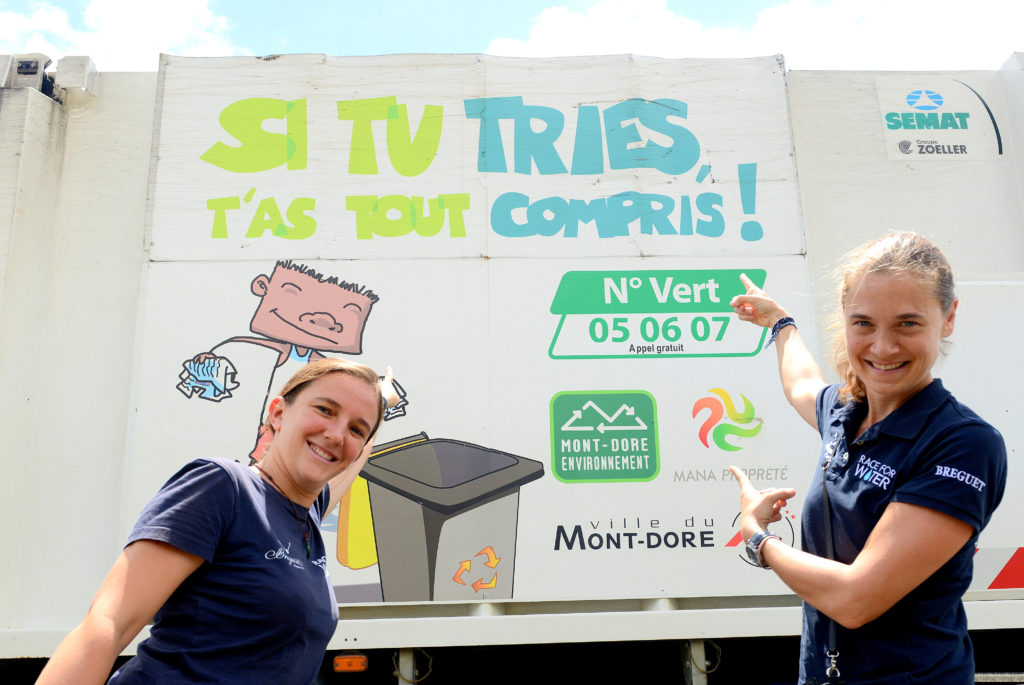 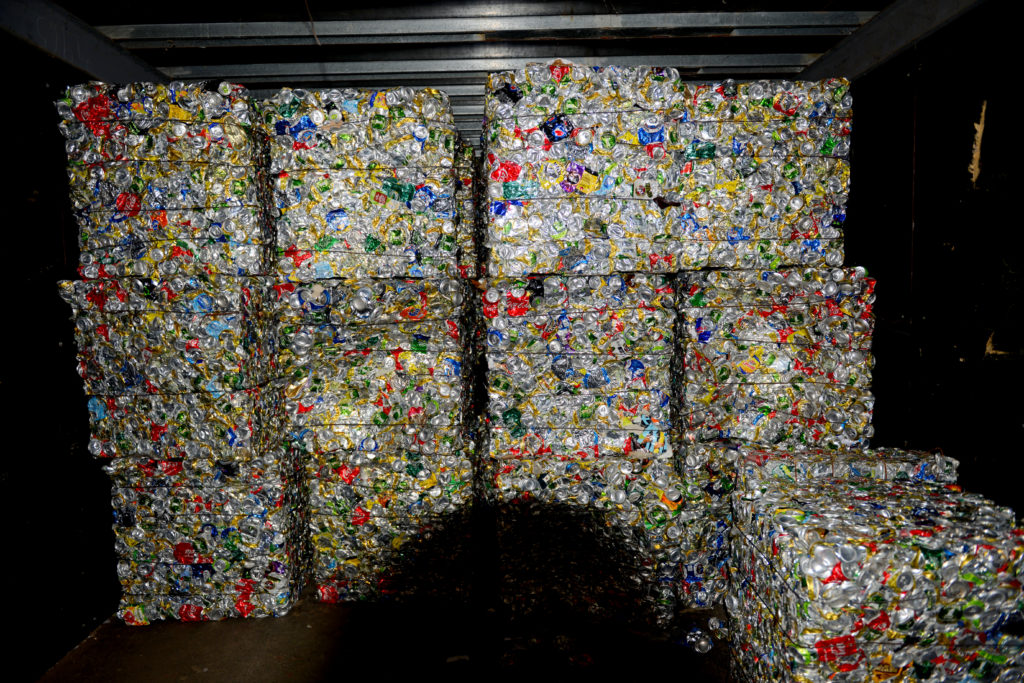 A joint response from the public, private and citizen sectors is necessary to increase selective collection.

More effective regulations regarding waste sorting, raising citizens’ awareness on the importance of separating their waste, setting up deposit-tracking systems for certain products and increasing the number of collecting points could create the necessary virtuous circle that would allow these wastes o be managed in a more sustainable, local and financially stable way.

The repartition of responsibilities between the government, the provinces and the municipalities and the lack of collaboration between the waste professionals are not helping to establish an efficient system.

The transition is however in progress and the state law on the use of plastics is a reflection of that.

On the other hand, some manufacturers have decided to reintegrate their waste directly into their production chain and will even capture additional deposits from other local companies. Recycling projects are also being tested on the island. This is the case of the Ecopavement project that is looking to associate two local wastes, nickel slag and certain plastics, to transform them into flooring such as slabs whose concrete is currently being imported.

Finally, the Race for Water Foundation will pursue their study to implement a sustainable  solution for recovering plastic waste, which is not recyclable locally, and converting it into energy. The New Caledonian government was indeed willing to pursue the collaboration by reaching an agreement, signed by Nicolas Metsdorf, member responsible for energy, to carry out a detailed study of the plastic accumulation in order to establish an action plan dedicated to the management of plastic waste on the island. 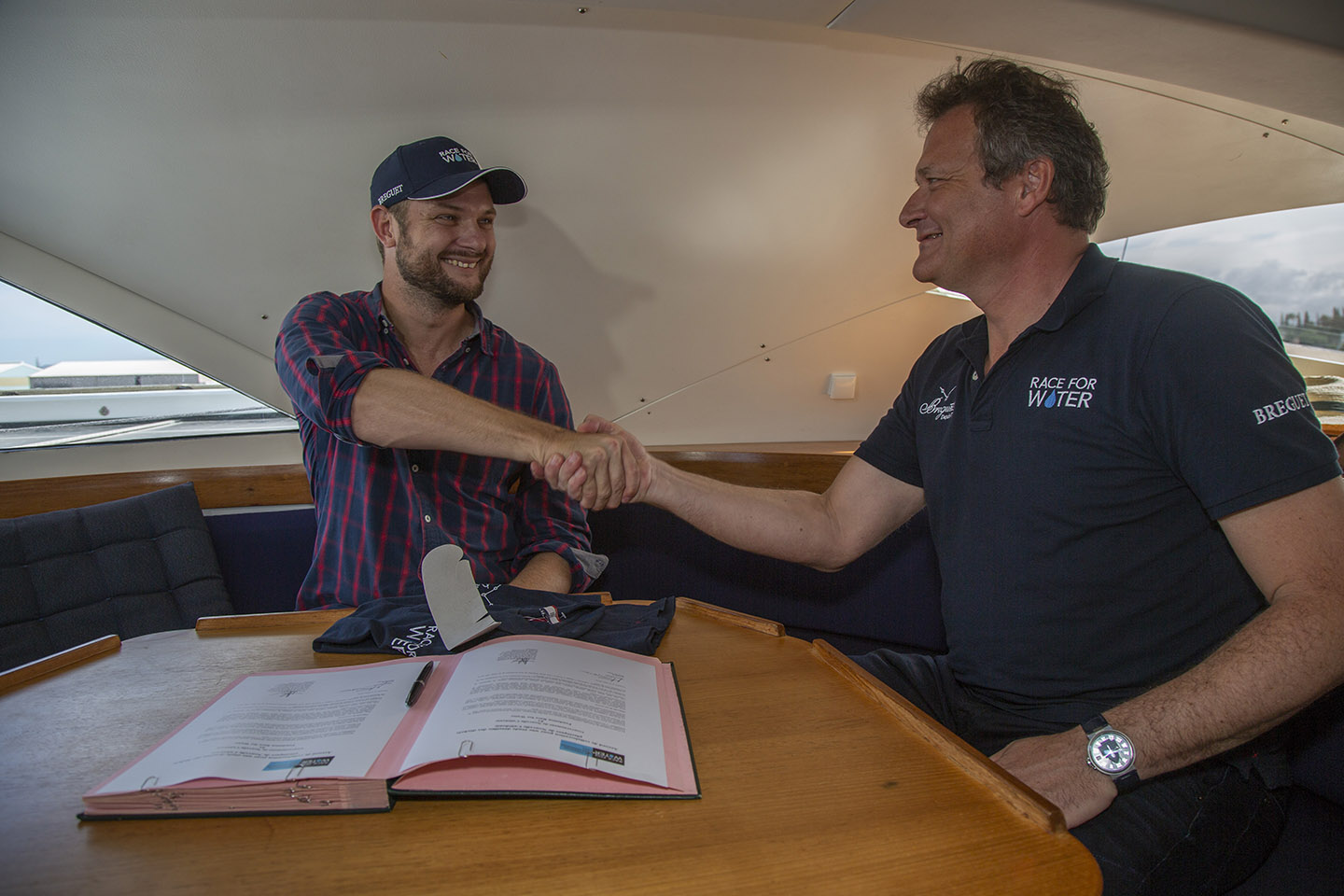 Several of the companies we had exchanges with during the stopover, working in the areas of large-scale distribution, sales of beverages and importing consumer goods, have given us their support to participate in the task of collecting and sorting waste and raising awareness about the importance of waste separation when the infrastructures are in place. This is also the case for a few local NGOs that are doing incredible work raising awareness and cleaning up to maintain this fragile ecosystem. They all mentioned the need for regulation of the packaging industry and especially plastics to be able to speed up the process.

These several weeks of work, where the main objective was to identify and gather and organise the right people about the importance of protecting our oceans from plastic pollution, could lead to prove that New Caledonia, despite its insular context, is capable of reducing and managing its plastic waste independently, protecting at the same time its beautiful nature reserve of the coral sea. An example that we hope will inspire many other wonderful islands in the Pacific.

Relive the stopover in video

After one month and half of stopover and field research, the Act team of Race for Water had established the full picture of the waste management on “The Rock” and end his journey by a gouvernemental collaboration agreement.

From the 6th to the 15th february 2019, eight days have been dedicated at the beginning of the 15th stopover of Race for Water to IRD’s researchers in New Caledonia. They had to ensure the AMICi (Accumulation of Microplastics in the corals) mission, on board of the Race for Water vessel in the Prony bay. The AMICi mission is directed by Dr Claude Payri, director of the mixed unit of the ENTROPIE (Ecological Marine Tropical of the Pacific and Indian Oceans) of IRD in New-Caledonia and this mission is lead in collaborative partnership with IRD, ADEME, Caledonian Energy Agency and the south province.

Thank you to our partners for their support and their commitment alongside us on the Race for Water Odyssey’s 15th stopover: