The fifth stopover of the Odyssey, Guadeloupe hosted Race for Water from September 2017 to late January 2018.

After setting sail from Lorient on 9 April 2017 for a 5-year circumnavigation of the globe at the service of the campaign to combat plastic pollution of the oceans, Race for Water, a 100% self-sufficient vessel powered by the sun and hydrogen, made landfall in Guadeloupe on Thursday 21 September 2017 at the Mémorial ACTe in Pointe-à-Pitre.

Warmly welcomed by the Region, she was to make a 4-month stopover there, the longest ever for the Race for Water Foundation’s Ambassador catamaran. The arrival was a little out of sync with the initial programme after having to adapt the boat’s course due to the passage of Hurricane Maria. During this Guadeloupian stopover, there were various programme highlights associated with the issue of plastic pollution: conference, workshop, meetings, school visits and a scientific mission in the waters of the archipelago.

Choice moments captured in images for this stopover: 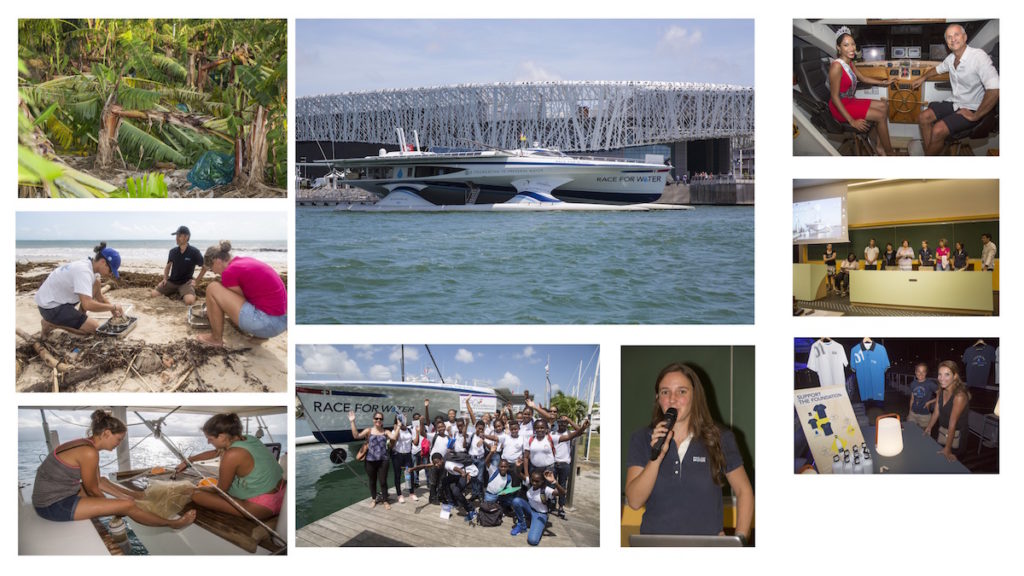 This session in Guadeloupe heralded the end of the Atlantic stopovers; here are the numbers:
– 1,400 children aboard the vessel to raise their awareness about the plastic pollution of the oceans
– Over 100 local protagonists (government, manufacturers and NGOs) invited aboard
– 1,000 people invited to public conferences organised in universities and the like
– 15 researchers of 6 different nationalities for 3 international projects
– 443-million individuals potentially impacted by the media coverage 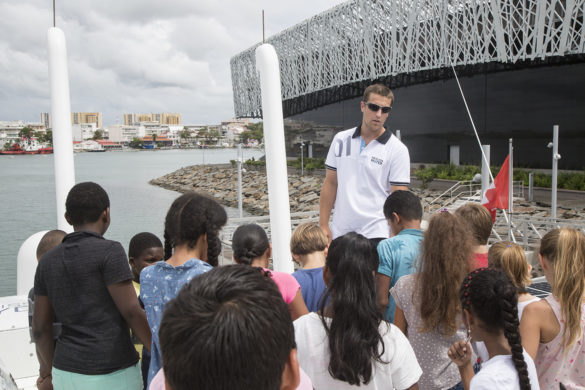 Thank you to our local partners, who worked alongside us for the success of this stopover: