The Samoan Islands, a little haven wrestling with plastic

The Race for Water Odyssey’s 12th stopover led our catamaran to the Samoan Islands. The result was seven days of sharing and multiple exchanges once again, as evidenced by Anne-Laure le Duff, second in command.

“Comprising two main islands and 7 secondary ones, this land alone synthesizes the environmental challenges faced by communities across the Pacific Islands. Blending modernisation and tradition, this stopover has left us with a memorable image of humanity, whilst perfectly illustrating the eternal problem of PET’s low market value. It is a nonsense for our societies, which are seemingly addicted to plastic.

The week began with us hosting classes from Vaiala Beach School. A landmark moment, full of hope, the student visits are a unique opportunity to share the intrinsic link that binds us to the ocean. A pleasant surprise awaited us in this instance as they have fully mastered the 5 ‘R’ rules here! Indeed, they didn’t hesitate to give us examples of each of these: Reuse, Refuse, Reject, Reduce and Recycle. It was a remarkable introduction, boosting our energies for the next stage, which can leave us stunned sometimes… 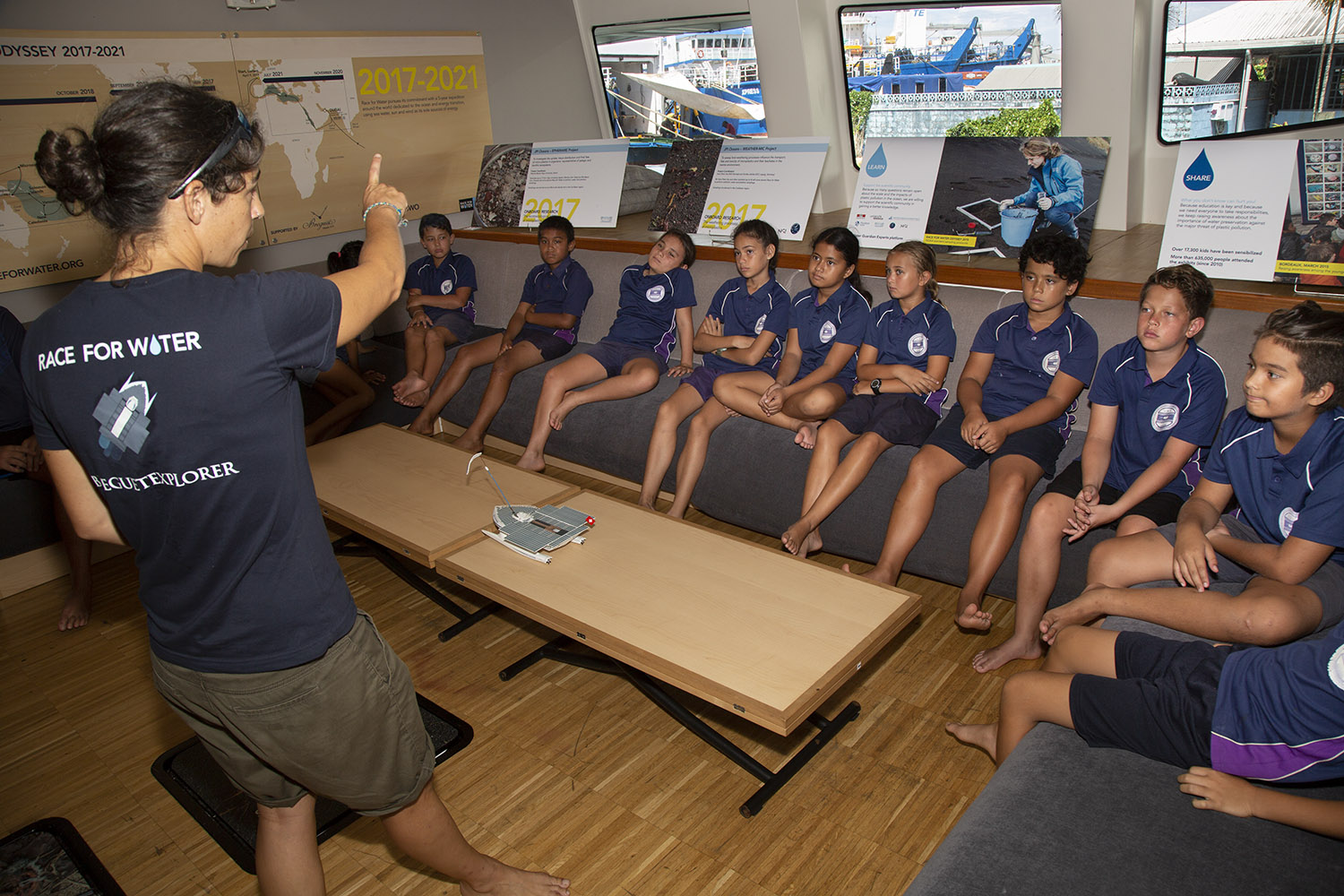 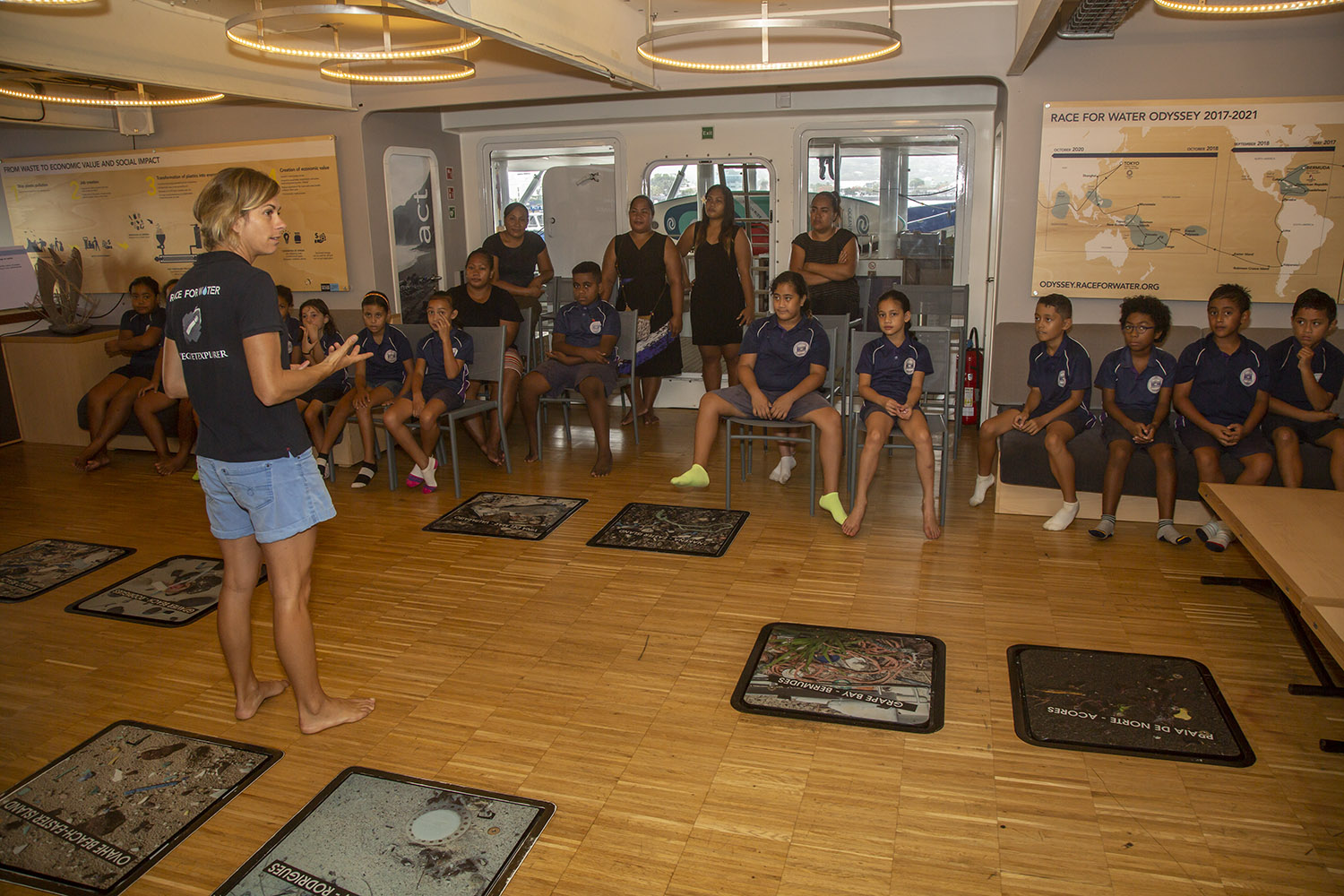 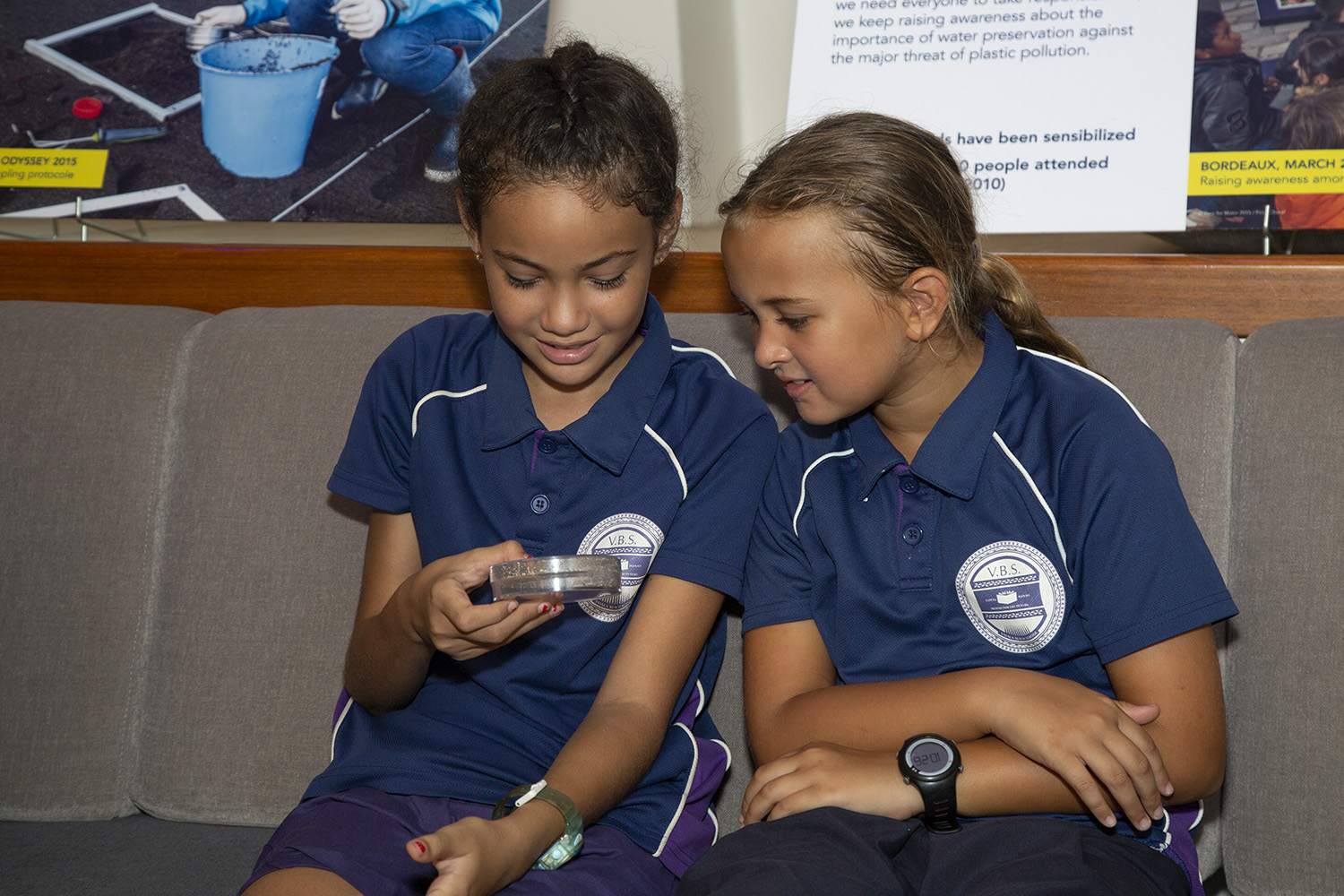 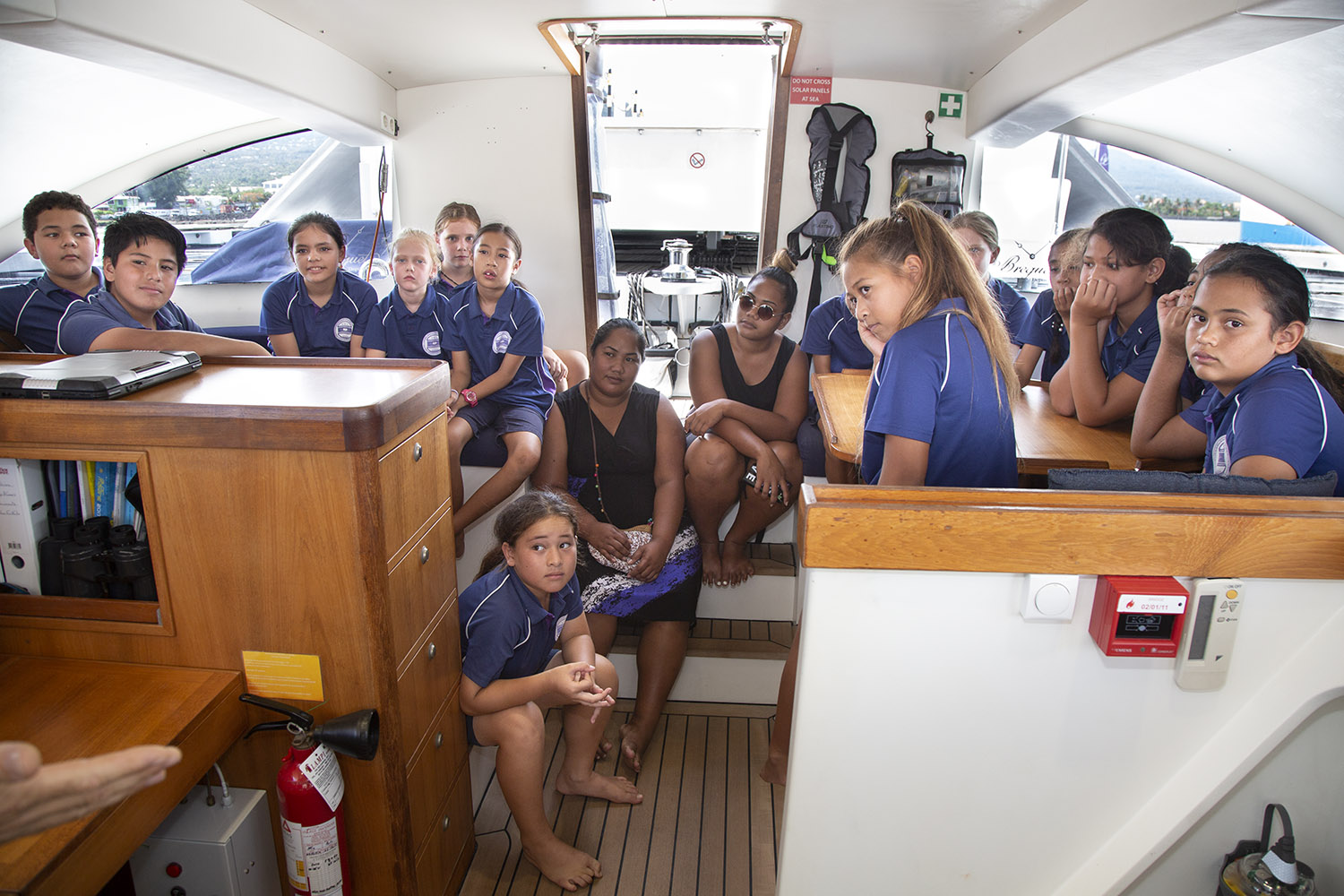 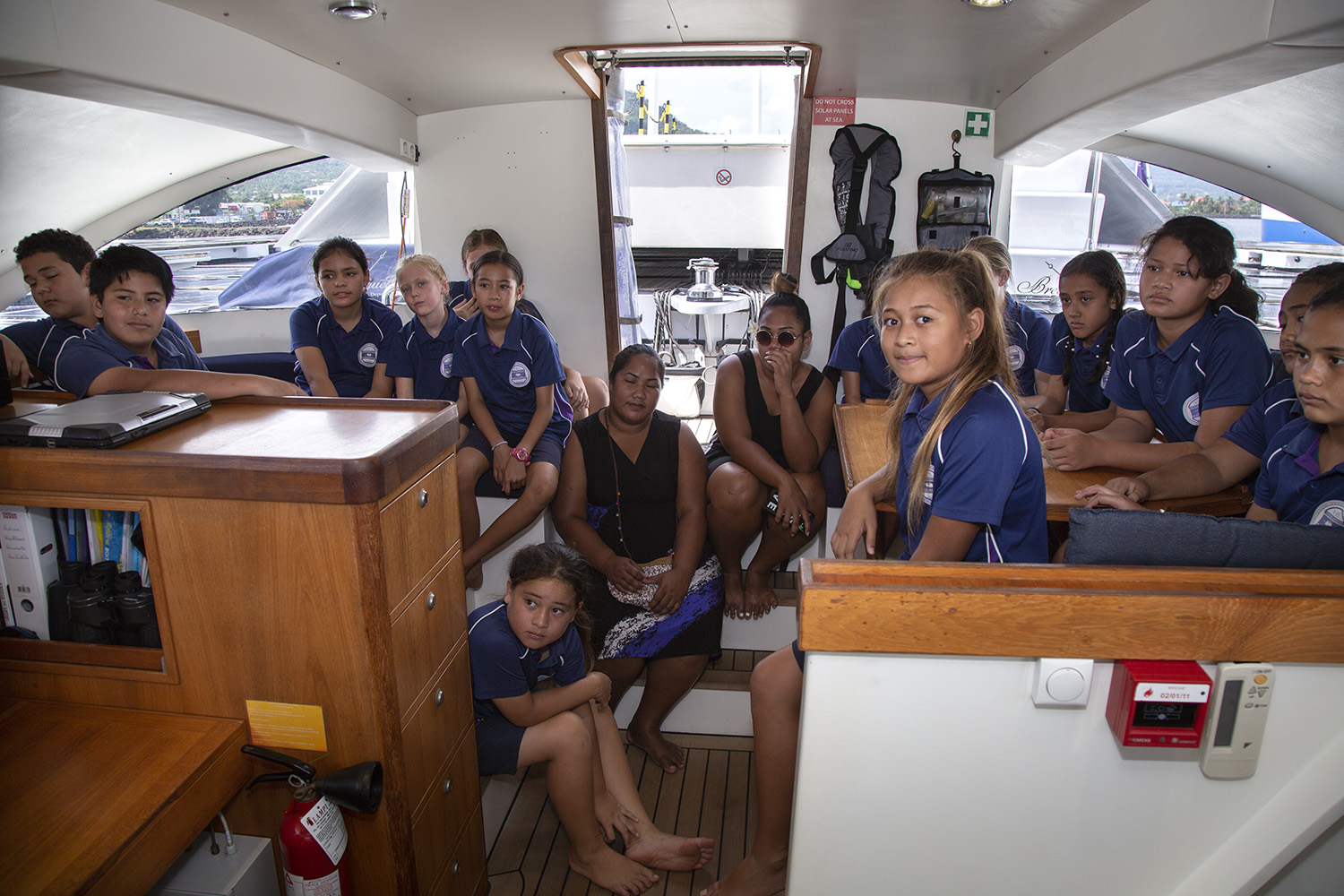 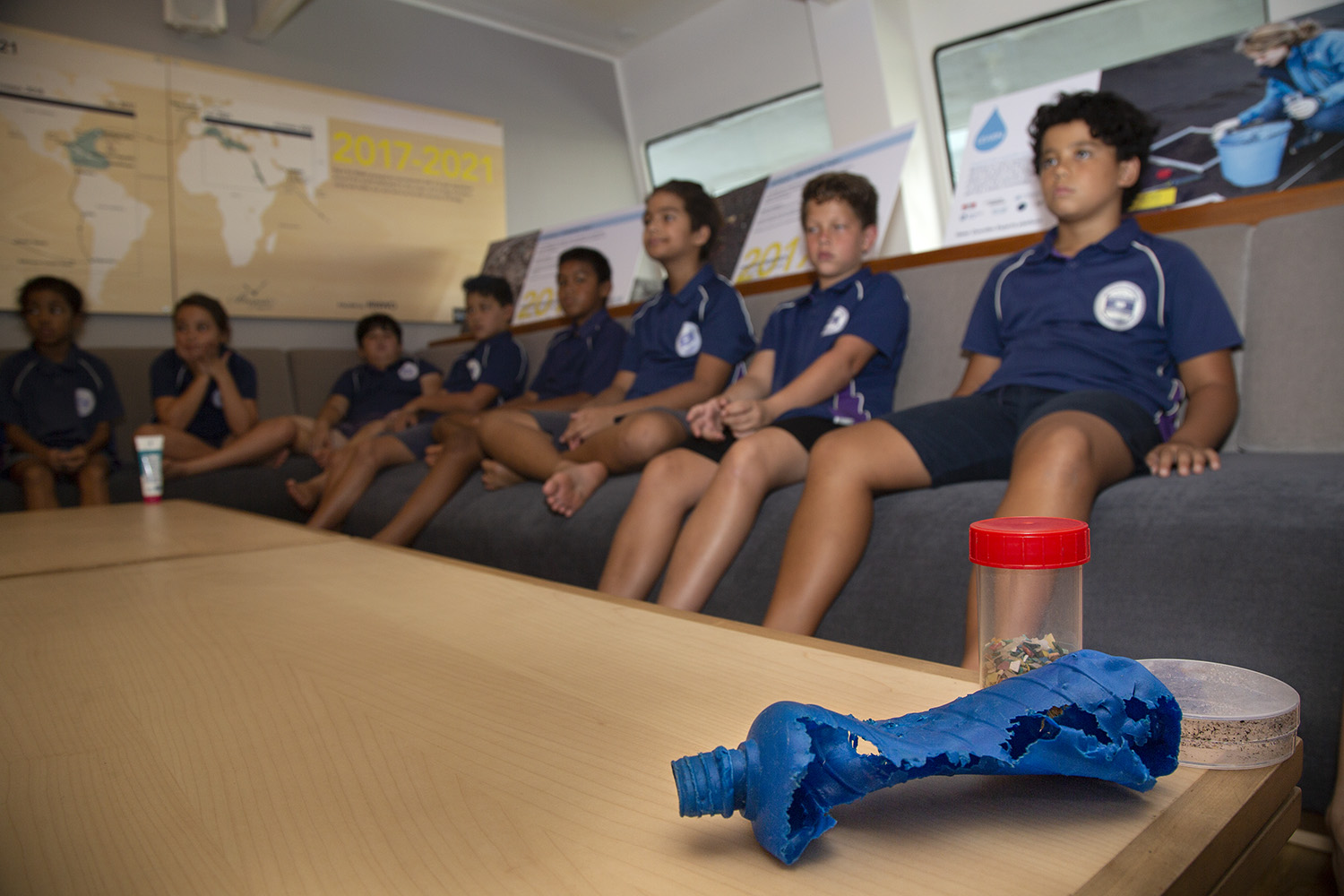 The second part of the stopover is geared around the ACT section and the collection of contacts and data about the state of play in terms of plastic waste. What kind of volumes are we talking about, is there a system of selective sorting of waste in place and is there a recycling chain? Together with Peter and Eric, we headed off in search of info. I’m not going to list all the figures we gleaned, just some of the more punchy ones.

Of the 17 tonnes/day of plastic waste generated by the Samoan Islands, 6 tonnes end up in the oceans due to the lack of infrastructure. Since 2011, a rapid hike in consumption of this material has been observed. One of the primary reasons: the westernisation of the way of life. Citizens here are gradually abandoning banana leaf dishes and woven pandanus bags for ‘fantastic’ plastic. With one thing leading to another, phytosanitary standards are such that it is now required for packaging food. In a culture where we all get together for a feast every Sunday, with a packed schedule of community-based and religious celebrations, it is easy to imagine the quantities of plastic piling up in household dustbins. 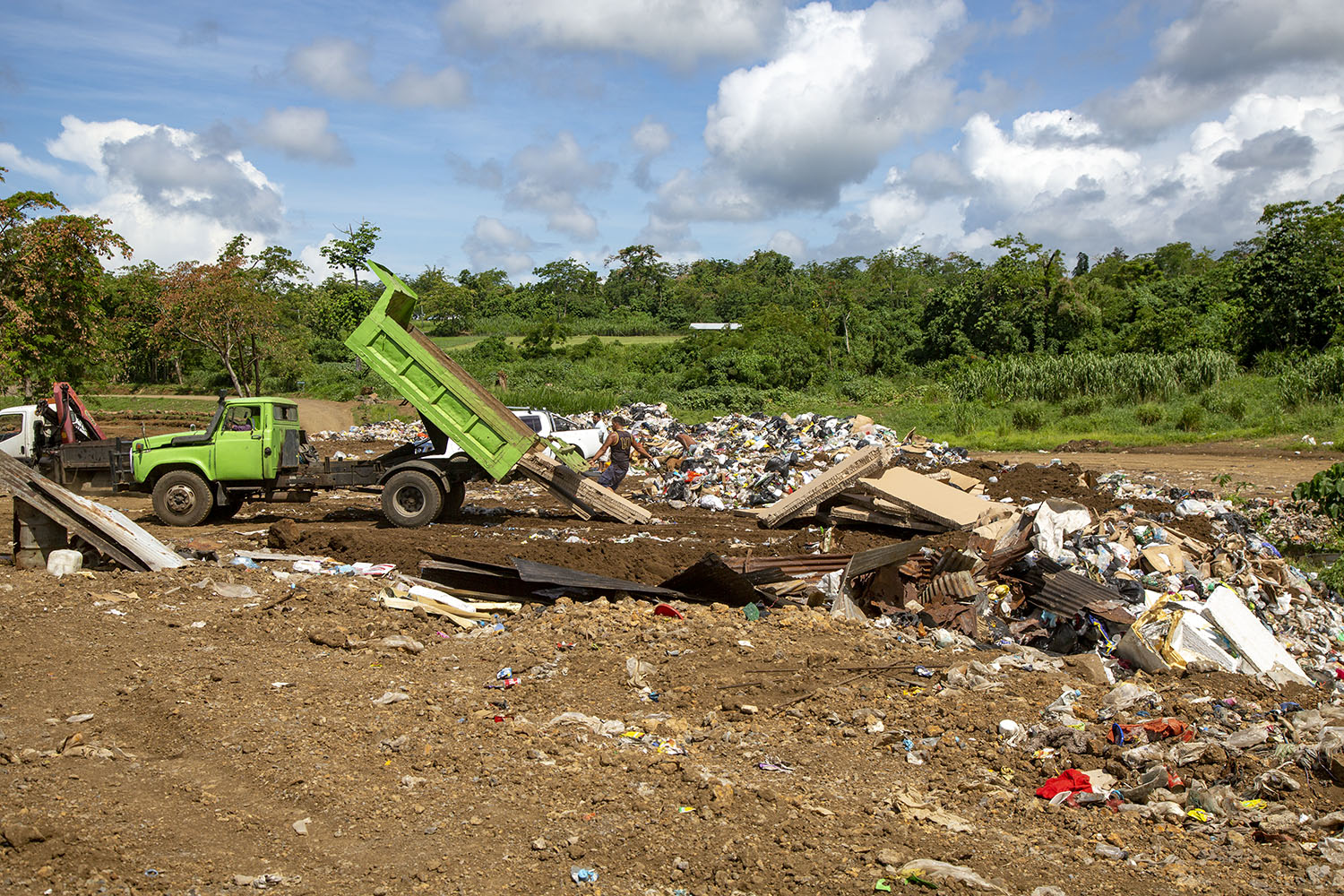 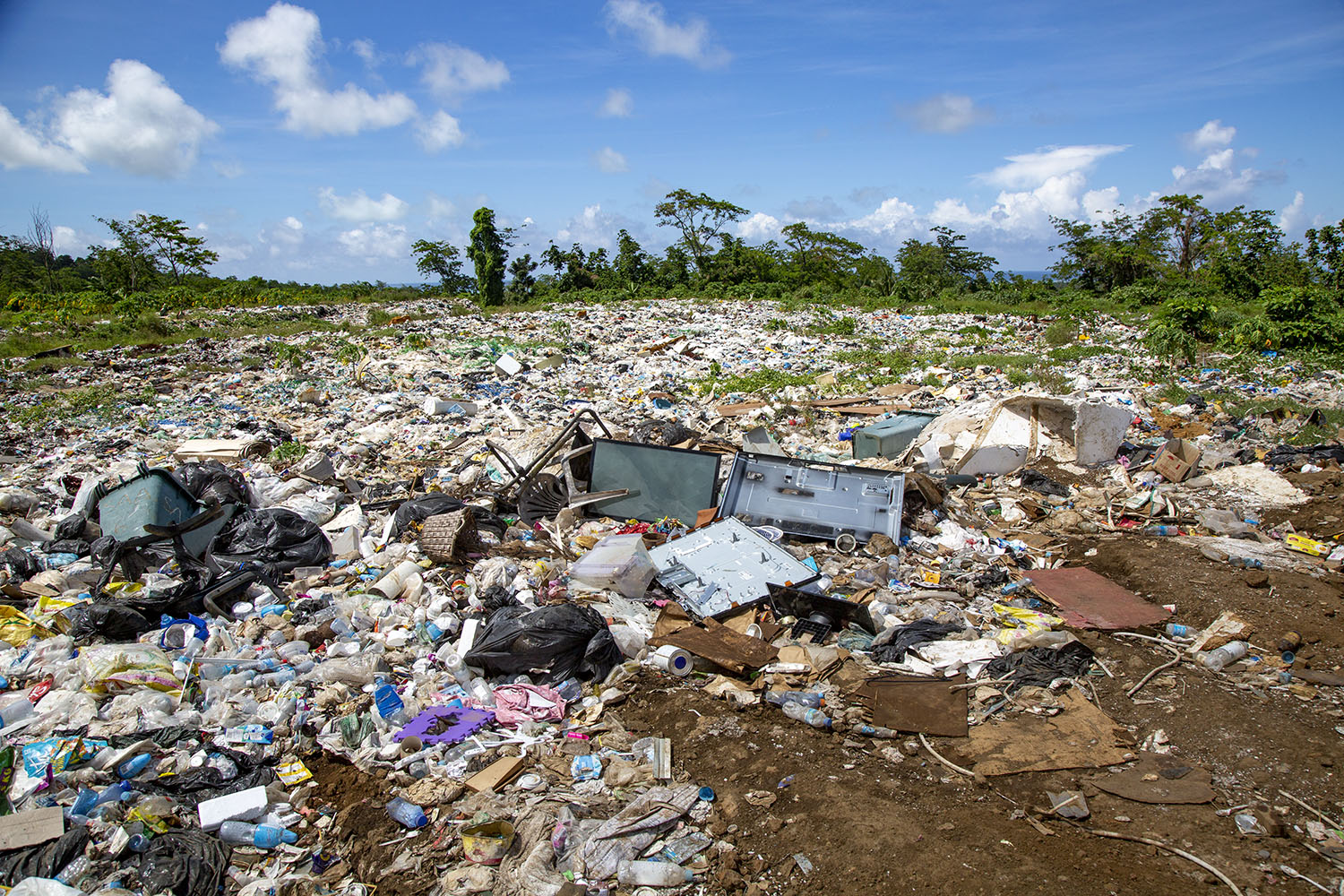 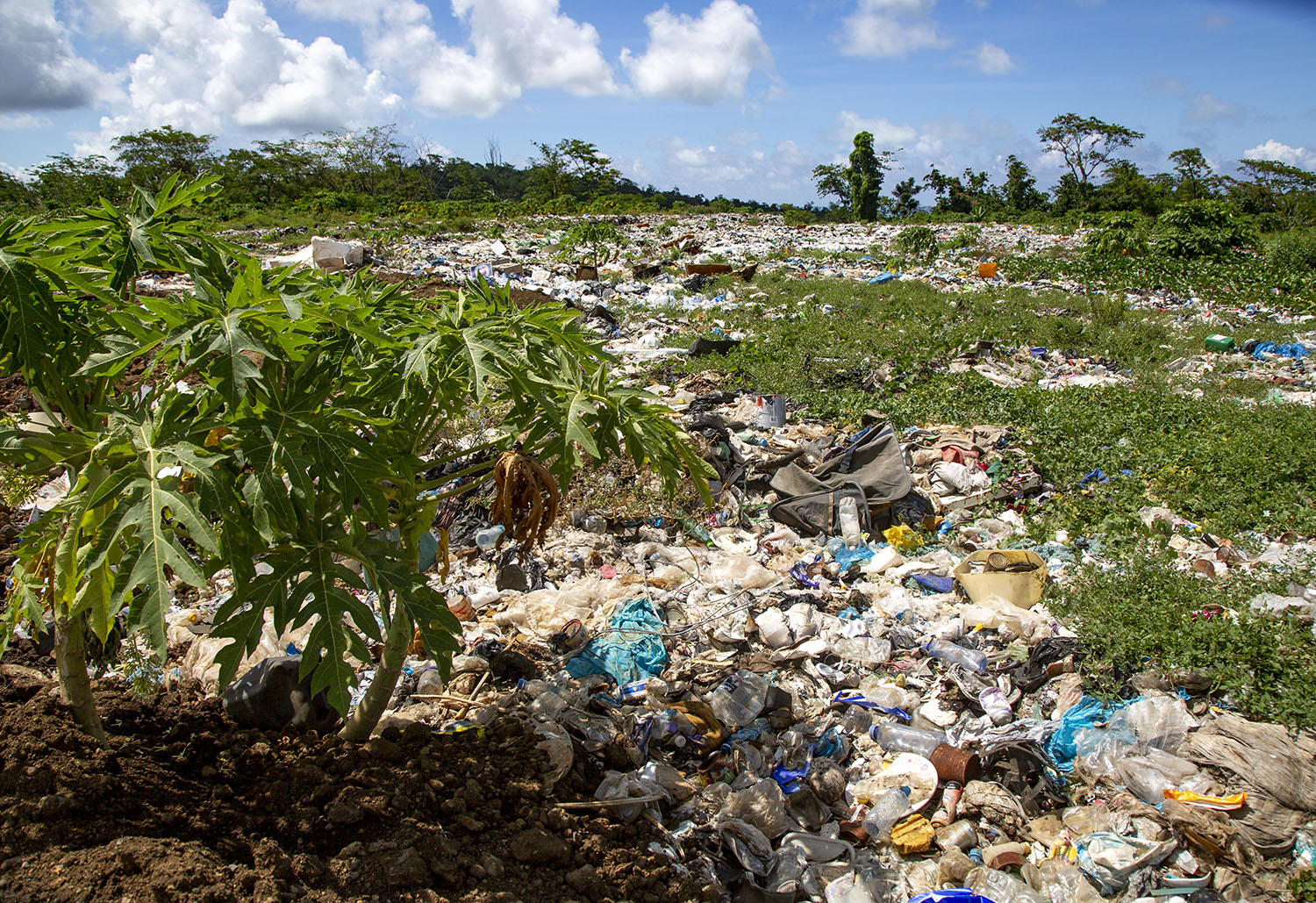 A genuine scourge of society, plastic is one of the government’s major concerns. A programme of education about the environment has been set up and we’ve been able to witness its effectiveness on the younger population. Sites deprived of sorting and recycling systems, as well as the collection of waste, are proving effective for materials like aluminium, other metals and electronic waste, but the lack of market value for PET, means that the latter is shunned. As such, it ends up being buried in the island’s main waste to the chagrin of the locals.

Mr Setoa, our representative within the Ministry of the Environment, highlights the current regulations. From 31 January 2019, plastic bags and straws and disposable cutlery will no longer be welcomed on these islands. A rare addition to this will be the fact that polystyrene for food products will also be banned from 2020. These two measures have already been voted on. Other studies are underway to curb the ‘plastic’ phenomenon with a tax on imports being used to fund recycling, the search for alternatives to plastic bottles, a dialogue with other Pacific islands with regards to more effective waste management and the implementation of a deposit for PET.

A recent scientific study carried out by 4 countries in the South Pacific zone revealed an alarming truth, 97% of the samples taken on fish contained microparticles of plastic in their stomach contents. An excellent reason then for these islands for whom fishing is the main food resource and the main revenue, to take action as quickly and efficiently as possible to prevent further deterioration of their environment…

The Samoan Islands have taken the COP 21 very literally with an objective between now and 2025 of 100% renewable energy on the islands. The current share of green energies equates to 50%, the bulk of which comes from hydroelectricity, backed up by solar energy.

It’s an arduous task and an urgent one. The geographical remoteness, the difficulty of reaching a sufficient mass of plastic waste to be able to export it and the high cost of managing scattered communities are just some of the challenges the people of the Pacific must face up to. Bolstered by their community-based tradition, they are working together to find solutions which are suited to their particular region. In 1992, a Samoan-based organisation was created, the SPREP: Secretariat of the Pacific Regional Environment Programme. It gathers together representatives from 21 countries of the South Pacific, grouping together some 30,000 islands, and 5 metropolitan countries including France. This extraordinary organisation has multiple roles: that of centralising means and desires, offering advice about action to be undertaken and above all, being an influential spokesperson for the islanders in terms of environmental matters. Four major elements form the backbone of the SPREP: the management of biodiversity and ecosystems, resistance against climate change, waste management and the control of environmental pollution, surveillance and governance.

We’ve been impressed by the commitment in some case, especially the team from Samoa Voyaging Society and their traditional pirogue named Gaualofa, ambassador for the protection of the oceans. From Anthony Talouli and Kosi Latu, respectively Pollution Advisor and General Manager of the SPREP, whose work is both crucial and immense, to the various bosses and employees from the sorting and recycling sites, whose one aim is that plastic takes on a value and stops polluting their islands. 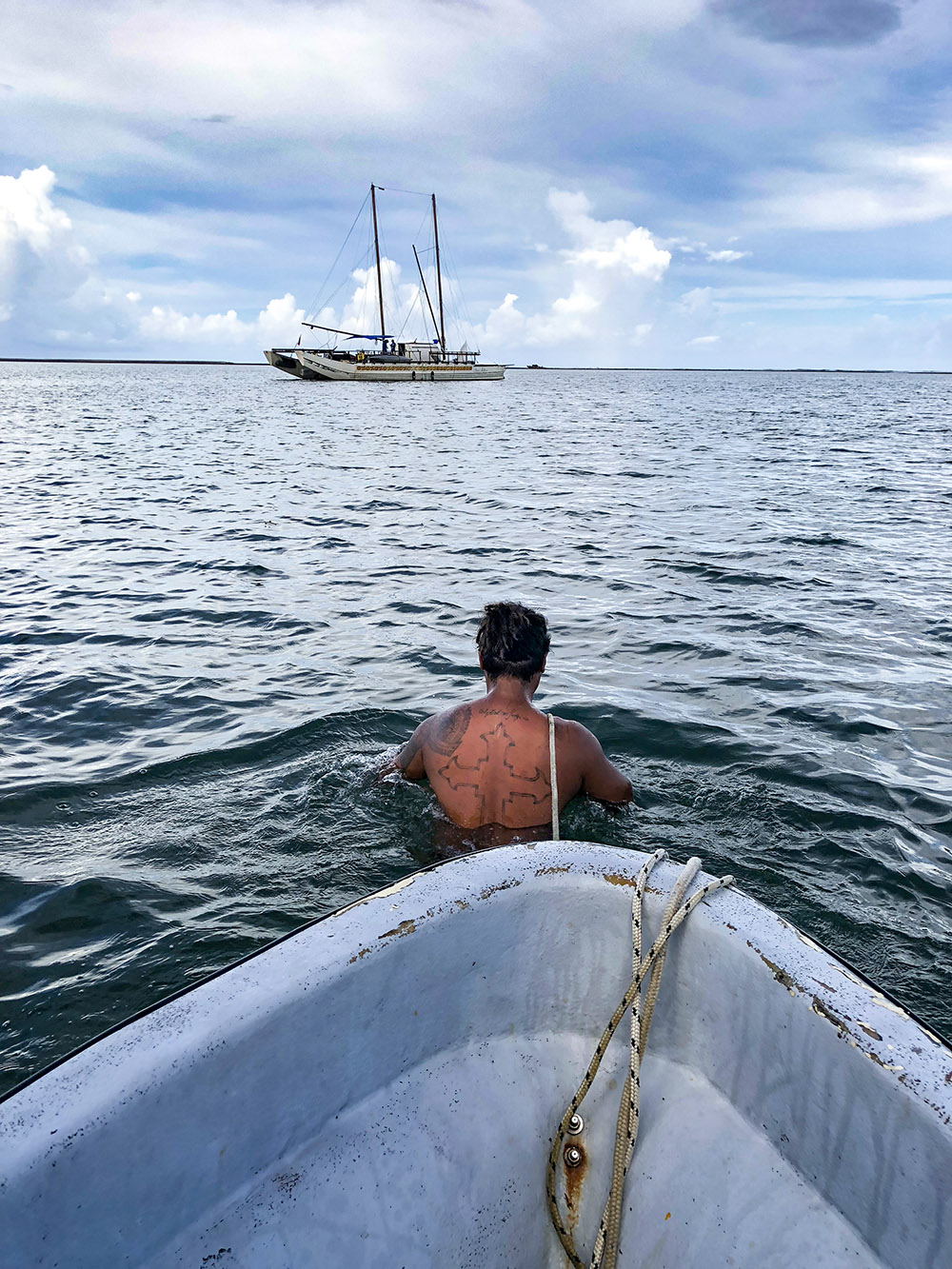 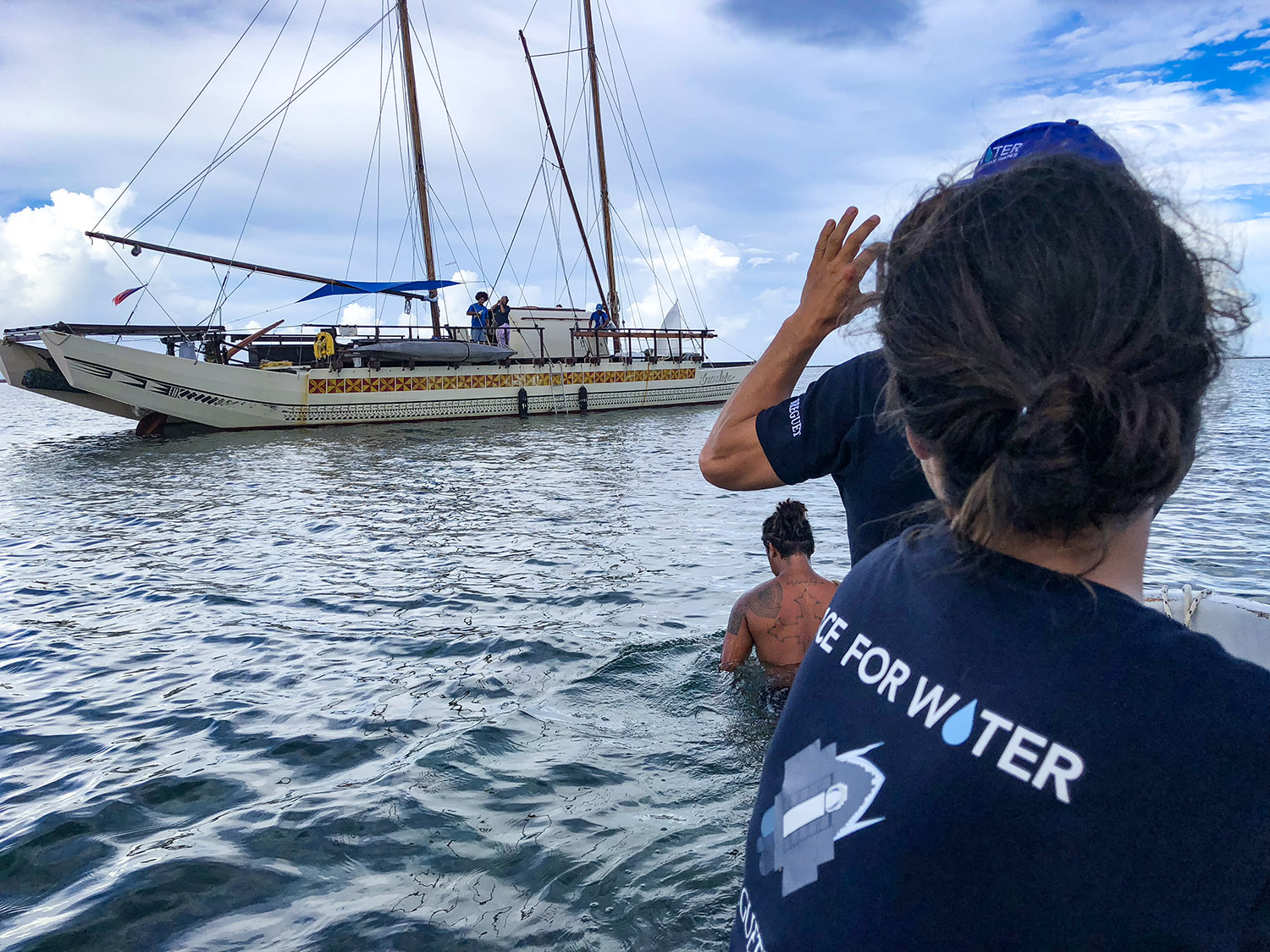 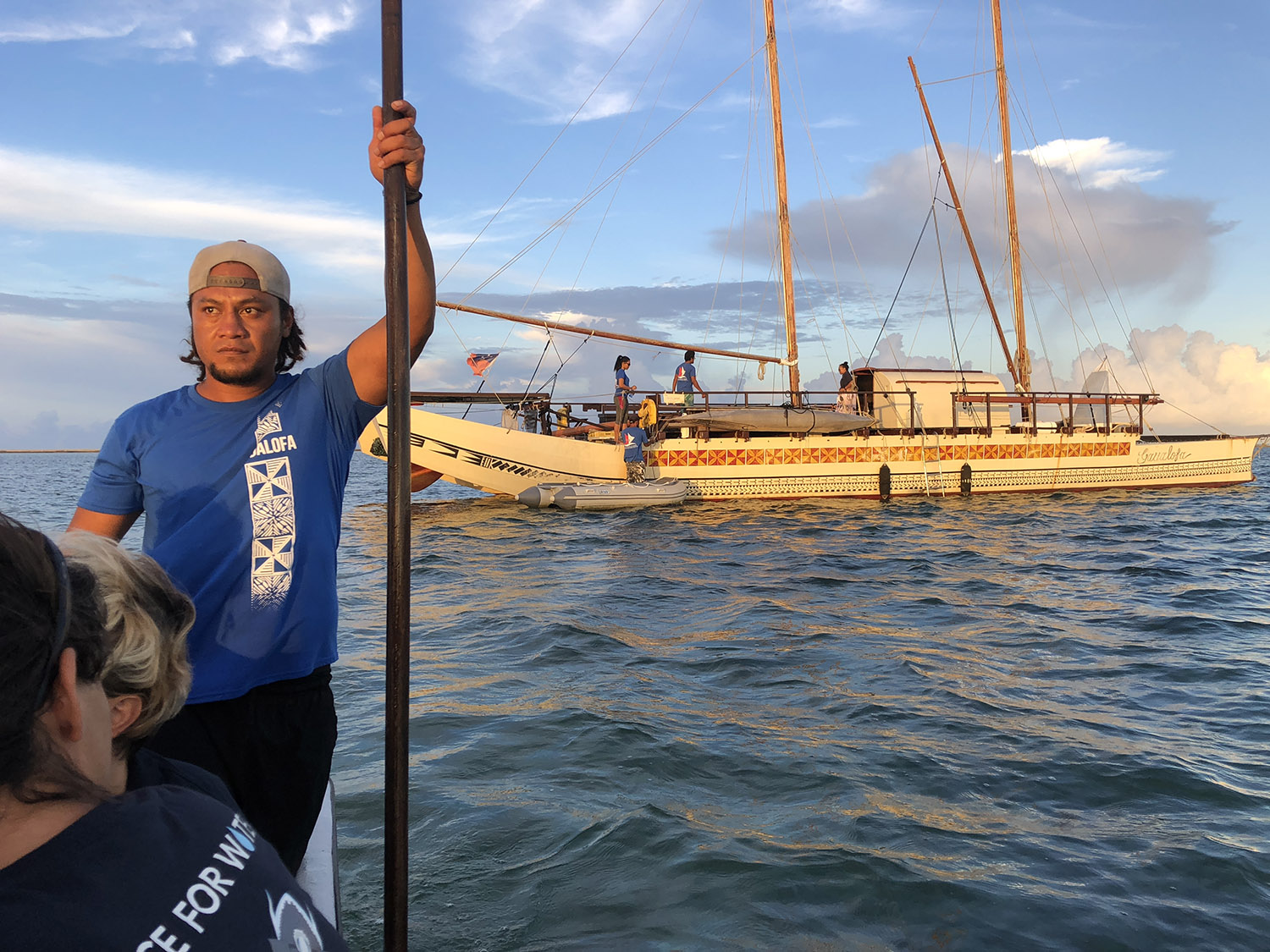 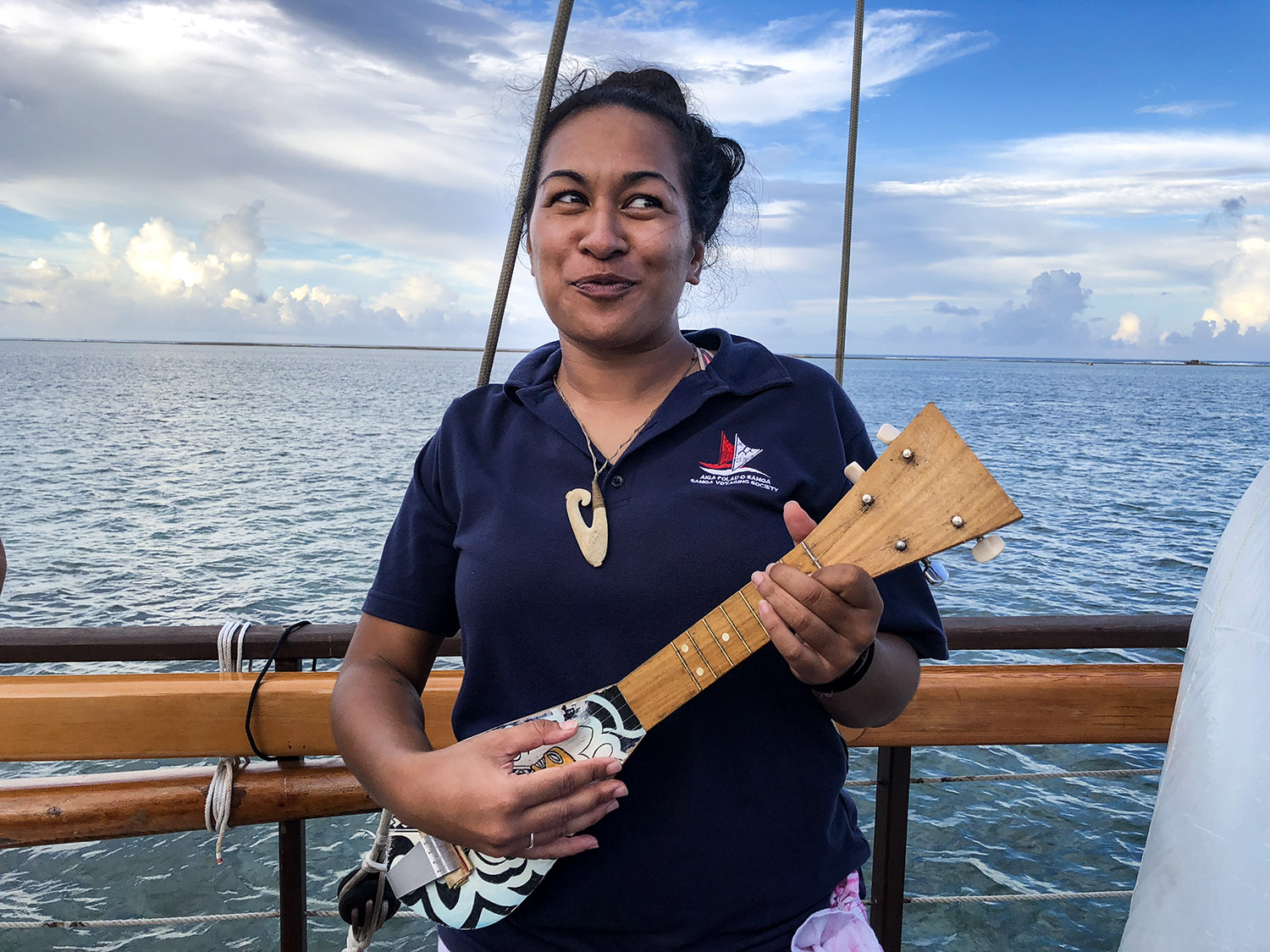 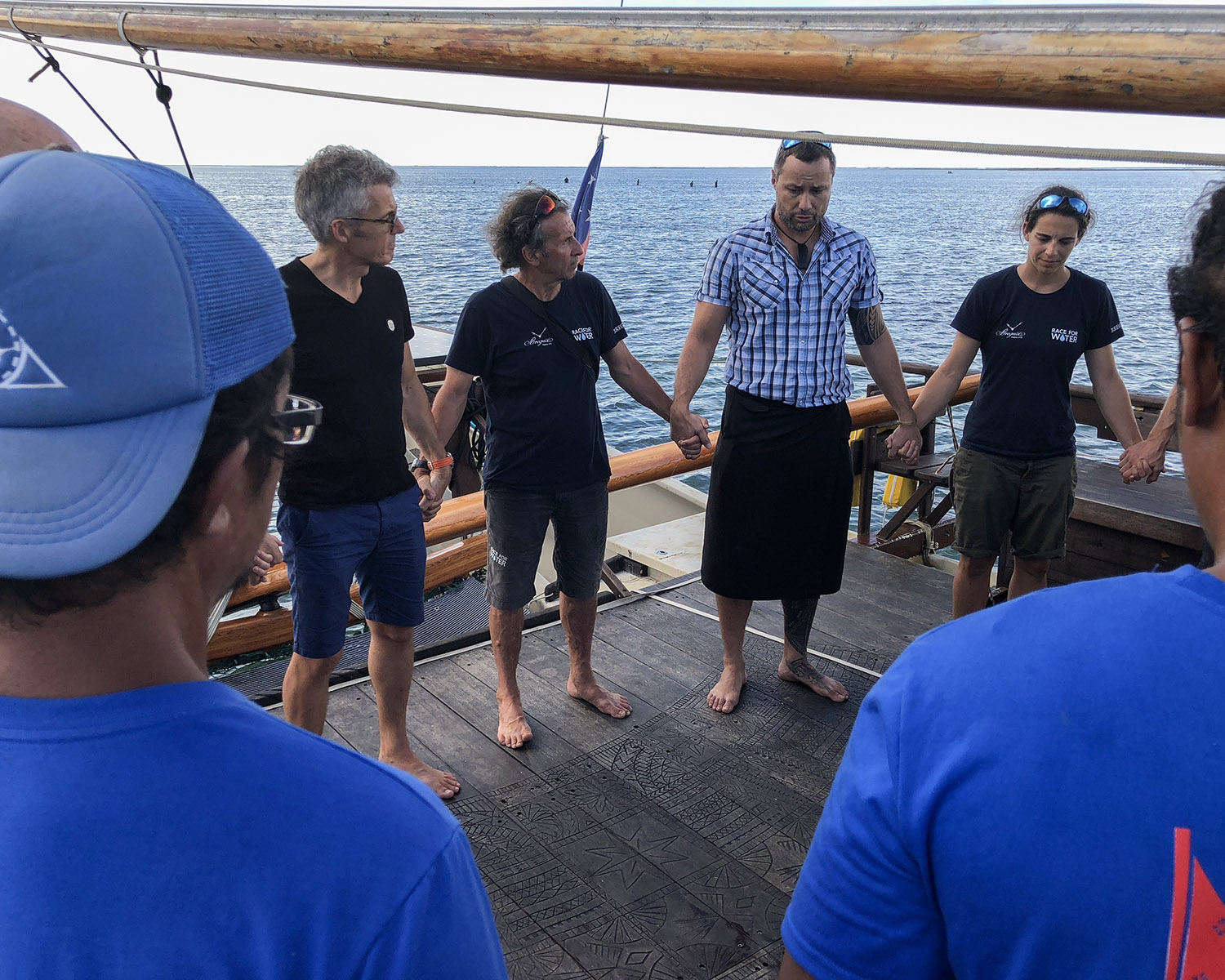 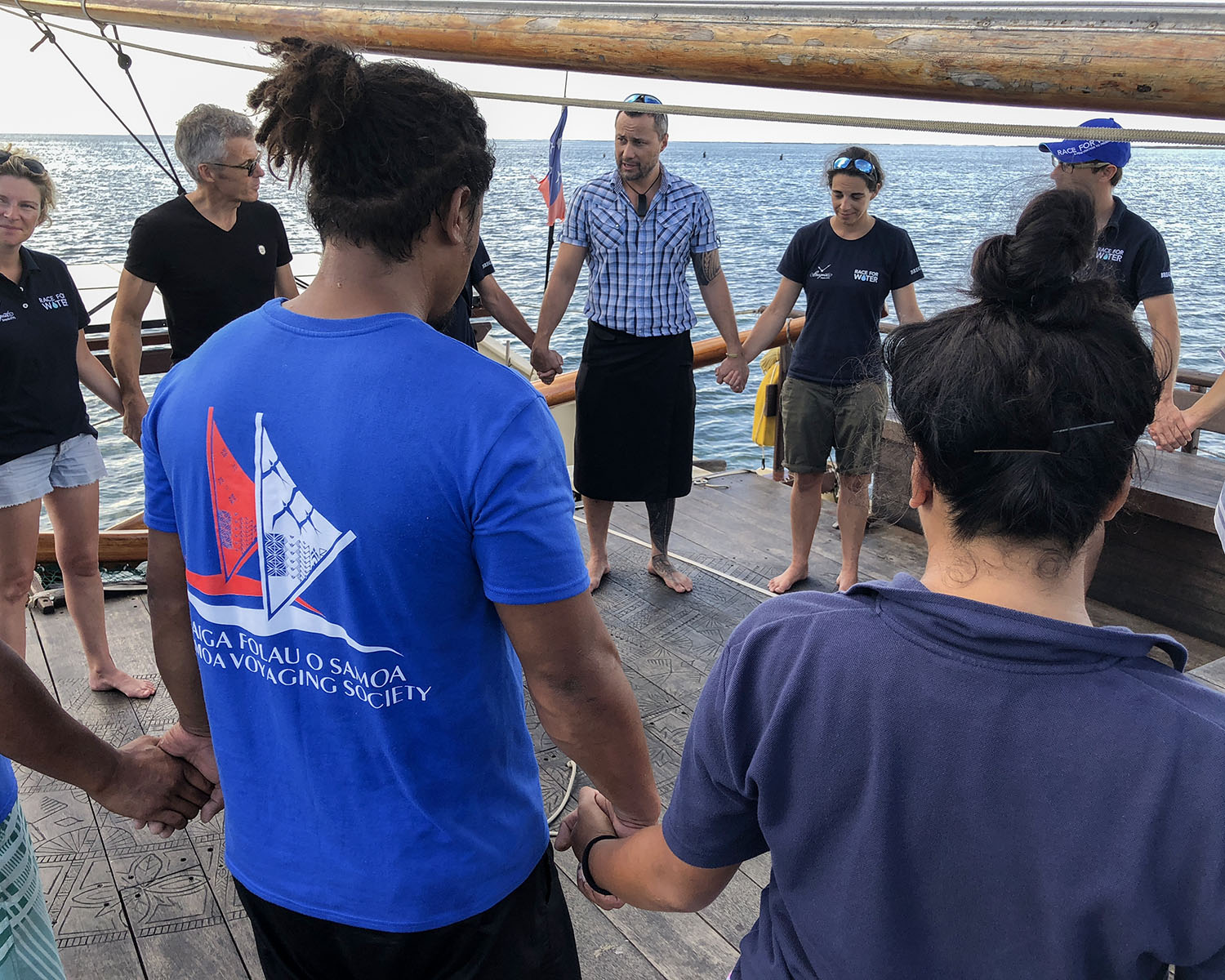 We got up close and personal to this community spirit and it felt like we were in another Pacific entirely. Though scattered, these islands come together as one and its peoples make up one big family. We had seven days to meet, exchange with and really get a grasp of the word ‘Together’ and it has been an inspiring and motivating stopover on a human level.”

Watch the video of the stopover