News
Is this the end of plastics?
分享 Tweet 邮箱

A look back at the first intergovernmental meeting against plastics

The first meeting of the Intergovernmental Negotiating Committee on Plastics was held in Punta del Este, Uruguay. The committee was convened by the United Nations Environment Program last February with the aim of establishing, in two years, one of the most important environmental instruments in history: a legally binding global treaty against plastic pollution, including in the marine environment.

Several major themes of this environmental crisis, carried by civil society actors, were recalled by a growing number of Member States in their statements:  the need to consider all the impacts of plastic throughout its life cycle, starting with feedstocks extraction;

The highest ambitions are, unsurprisingly, held by some of the countries most impacted by the plastic crisis: several Latin American, Caribbean and African states and the Small Island States of the Pacific. They are supported on many points by the European Union, and other Northern countries such as Norway and Switzerland. But they face the positions of the main oil, plastic and other chemical additive producing countries, which seek to reduce this treaty to voluntary commitments, to national action plans, mainly concerning the end of life of plastics. This is the case of countries such as the United States, the Gulf States, Russia, China and to some extent Japan.

This week was to be devoted mainly to elements of form rather than substance, such as the election of officers and the rules of procedure. Neither of the two items could be fully finalized, so they are postponed to the next round of negotiations.  However, these are crucial points, such as the method of decision-making, which is currently blocked by some States that wish to operate by consensus. This model has shown its limits in the climate agreements, while a majority vote would prevent a few countries from blocking positions supported by the greatest number.  Some grey areas regarding the participation of non-governmental stakeholders in future negotiations should also be clarified. The participation of all civil society actors must be guaranteed. It is essential so that scientists, workers’ representatives, women, youth, local authorities, NGOs, but also indigenous peoples can bring the fundamental knowledge to move in the right direction. On the other hand, the big industrial polluters are well established and sometimes even hidden under the label “NGO”.

Voices were raised to exclude at least petrochemical companies from the negotiations, so that a stronger agreement could result.  This had been done for anti-tobacco agreements where cigarette brands were not allowed to take part in the discussions.

The second round of negotiations is scheduled for May 2023 in Paris. We hope, Member States will finally get to the heart of the debates on content. In view of the current disaster caused by our plastic addiction, this treaty must be ambitious, set binding targets, and put the protection of human and environmental health and social justice at the center of the decisions. 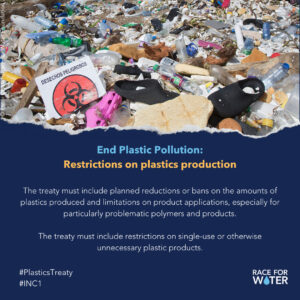 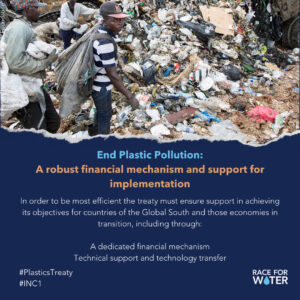 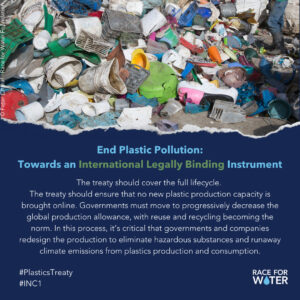 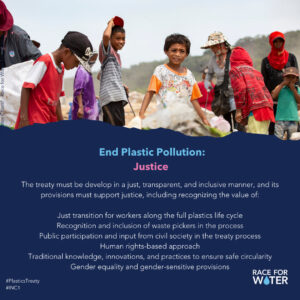 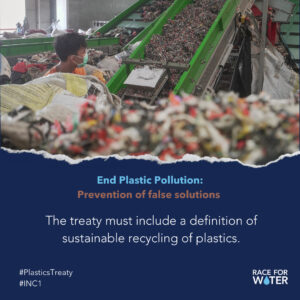 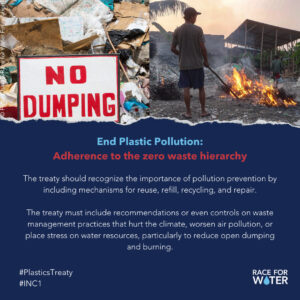 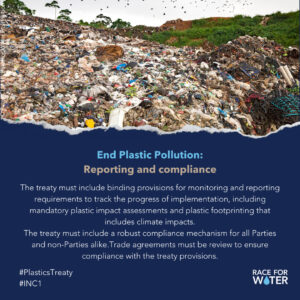 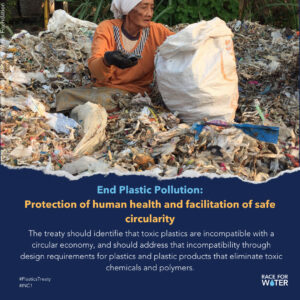 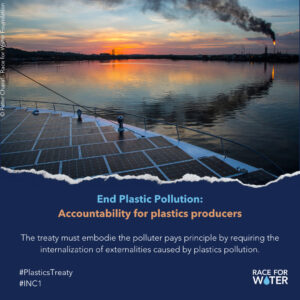 Here
New Video Series
Race for Water Foundation met with experts on the many issues surrounding the plastic crisis.