For one month, the turquoise waters of Bermuda were transformed into a nautical arena for the most ancient of sports trophies: the America’s Cup. The environmental partner to the French crew competing in this 35th edition, the Race for Water Foundation is an official support for Groupama Team France.

This second stopover is eagerly awaited by the crew who, after a month-long passage across the Atlantic using the power of the sun and the wind, is happy to set foot on dry land. However, the first days in this North American archipelago are far from restful for the sailors and part of the shore crew who came out as back-up during this first stopover on the Race for Water Odyssey.

Barely had the warps been tied to the pontoons in the brand new marina of Caroline Bay, the venue for the inauguration that same day, and Race for Water had already earned the respect of Michael Dunkley, Bermuda’s Premier, who was intrigued by this strange vessel. Transformed into a guide for a few hours, Marco Simeoni escorted Michael Dunkley aboard, explaining to him the intricacies of the Race for Water and the Foundation’s missions. 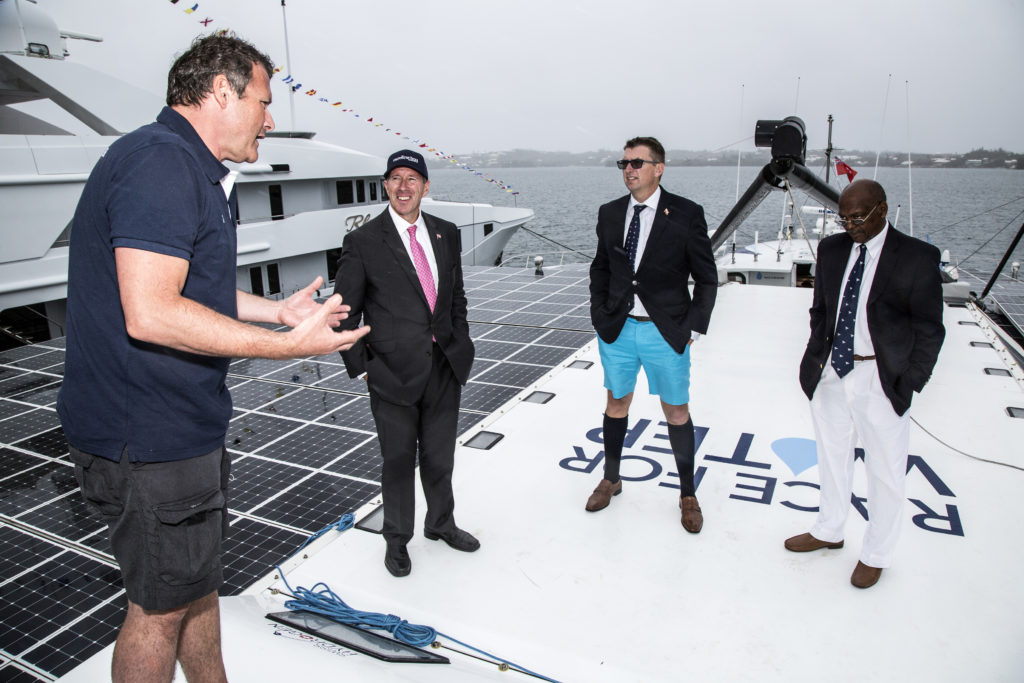 Next, it was down to the Bermudian media to discover this strange vessel covered in solar panels and equipped with a removable carbon mast and an imposing central caisson. Anne Hyde, president of the Keep Bermuda Beautiful foundation, encountered during the 2015 Odyssey, also came to greet the crew and chat with them about the protection of the oceans. As did Stuart Kriendler and his whole team from the BeSolar company, who made the most of the exchange to give Marco Simeoni one of their very latest generation solar panels.

There was a succession of these scheduled and impromptu visits over the first few days before the programme gave way to Groupama’s guests.

For one month, the turquoise waters of Bermuda were transformed into a nautical arena for the most ancient of sports trophies: the America’s Cup. The environmental partner to the French crew competing in this 35th edition, the Race for Water Foundation is an official support for Groupama Team France. This partnership was naturally sealed as the two teams have the same port of registry (Lorient) and share the same nautical values and the same interest in technology: sporting values for Franck Cammas’ crew and environmental ones for that of Marco Simeoni. As a result, during the competition, the Race for Water vessel welcomed Groupama’s guests aboard to ensure they were up close and personal with the exploits of the French sailors, with explanations provided by Michel Desjoyeaux (ambassador to the Race for Water Foundation and Groupama Team France). Moored up right alongside the race zone to follow the matches out on the water, the Race for Water vessel with her futuristic lines didn’t go unnoticed, with numerous inquiring visitors out on the water. 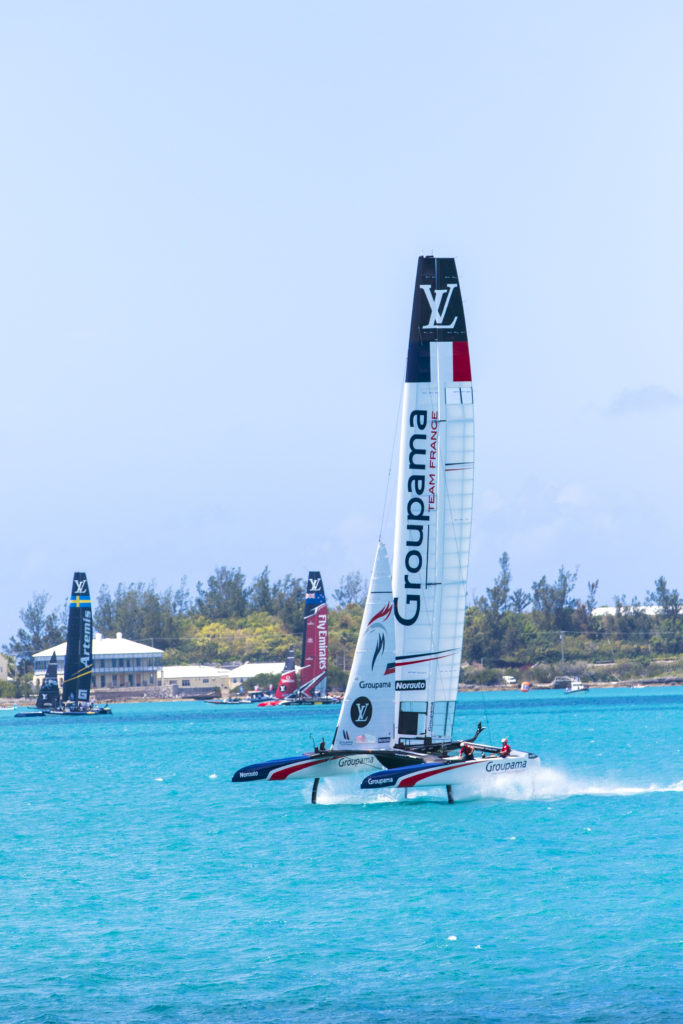 On the fringes of the America’s Cup, Marco Simeoni and the members of the Race for Water Foundation are continuing their actions in favour of the oceans: hosting a waste-to-energy workshop and local students.