First global assessment of plastic pollution in the oceans

The “Race for Water Odyssey” (R4WO) left on March 15, 2015 from Bordeaux, France. The objective of this expedition was to visit the beaches of the islands located in the 5 waste gyres in order to carry out the first global inventory of the pollution of the oceans by plastics and to highlight the consequences of the latter on the populations. And this, in a record time of less than 300 days thanks to a racing trimaran, the “MOD70 Race for Water”.

The crew also went to meet the different local actors (populations, authorities, NGOs, etc.) in order to understand their way of dealing with plastic pollution.

One year of expedition and the conclusion is clear: plastic is everywhere, in frightening proportions and mainly in the form of micro or even nanoparticles reducing the chances of being able to clean the oceans one day. We must stop the bleeding and tackle the problem at the source, on land, by preventing waste from reaching the oceans.

An odyssey to STUDY

The islands located in the heart of the gyres, act as a sort of natural barrier to the transport of waste, trapping it and accumulating it on their shores. Thus, their beaches constitute a representative field of the type and quantities of waste found in the surrounding waters.

The beaches of the selected islands were studied using a standardized scientific approach based on the National Oceanic and Atmospheric Administration (NOAA) method. 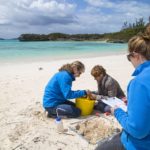 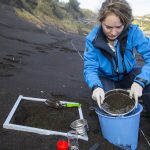 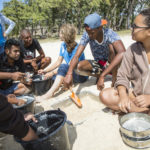 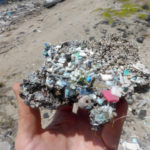 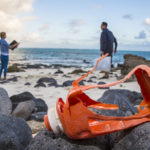 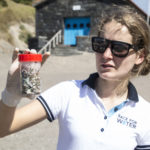 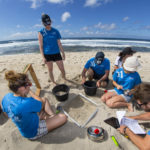 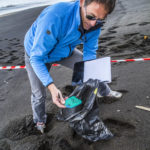 Quantitative analysis of micro and macroplastics collected during the 2015 Odyssey

Find all the scientific results of this expedition on the page dedicated to our LEARN program.

An odyssey to raise awareness

Raising the interest of the general public, industrialists and legislators in plastic pollution is also an important goal of the expedition. At each stopover, the general public, the media, local authorities and politicians were made aware of the problem thanks to the numerous actions and events organized. The team has done everything possible to alert as many people as possible to the challenges of water and the need to fight against plastic pollution. A particular interest was given to the youngest through educational and playful activities as well as the creation of educational tools for schools.

“This expedition has been a great human, social and scientific adventure. These 9 months have been sometimes trying, but all the data and knowledge acquired, all the enriching encounters we have been able to make, represent an essential asset to continue the fight against ocean plastic pollution” explained Marco Simeoni, expedition leader and president of the Race for Water Foundation, at the end of the expedition. “The Race for Water Odyssey is only the beginning of a long term project. It is a springboard that will allow us to understand and define concretely how to move towards solutions. Following the Odyssey, our observation is clear: plastic pollution affects all regions of the world, it is everywhere. We need to act upstream, to prevent plastic from entering waterways by promoting waste recovery.”

Discover all the videos made along the 2015 odyssey route: