Hydrogen and its fuel cell

The energy of the future 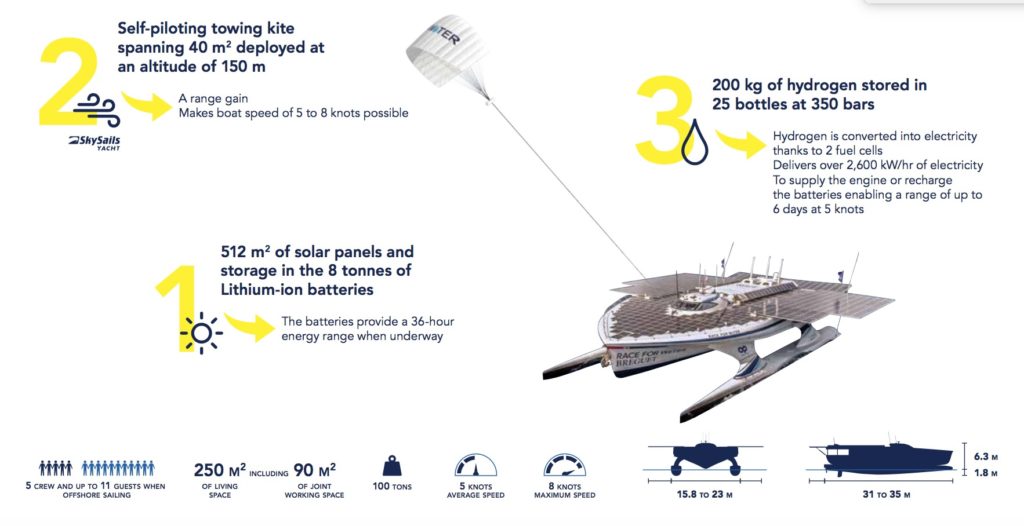 Hydrogen is an energy vector, which can be produced from intermittent sources of renewable energy. Hydrogen can then be converted into electricity through a fuel cell.

How hydrogen is used aboard and its fuel cell.

“The hydrogen chain designed for the Race for Water vessel aims to demonstrate that today’s hydrogen technologies are mature, reliable and sustainable, both at sea and on land”

An on-board system for hydrogen production

During the day, when the Race for Water boat is underway, solar energy is produced and it is used to get the boat making headway and recharge the batteries. At night, the latter will supply the necessary energy to sustain life on-board and power the boat. When the boat is docked, the surplus solar energy is used to produce hydrogen, which is stored in high-pressure tanks for later use.

First of all, the seawater is pumped, desalinated and then stored aboard. This fresh water is then purified before being electrolysed by using the surplus photovoltaic energy available.

The electrolysers produce hydrogen at pressures up to 50 bars. The hydrogen is initially purified (dried) then compressed at 350 bars and stored in specially designed tanks. In this way, nearly 200kg of hydrogen can be stored aboard, which represents a range of 6 to 7 extra days.

The hydrogen will then be converted back into electricity via two 30kW fuel cells. These fuel cells maintain the level of charge in the batteries or can be used to run the electric engines if need be. 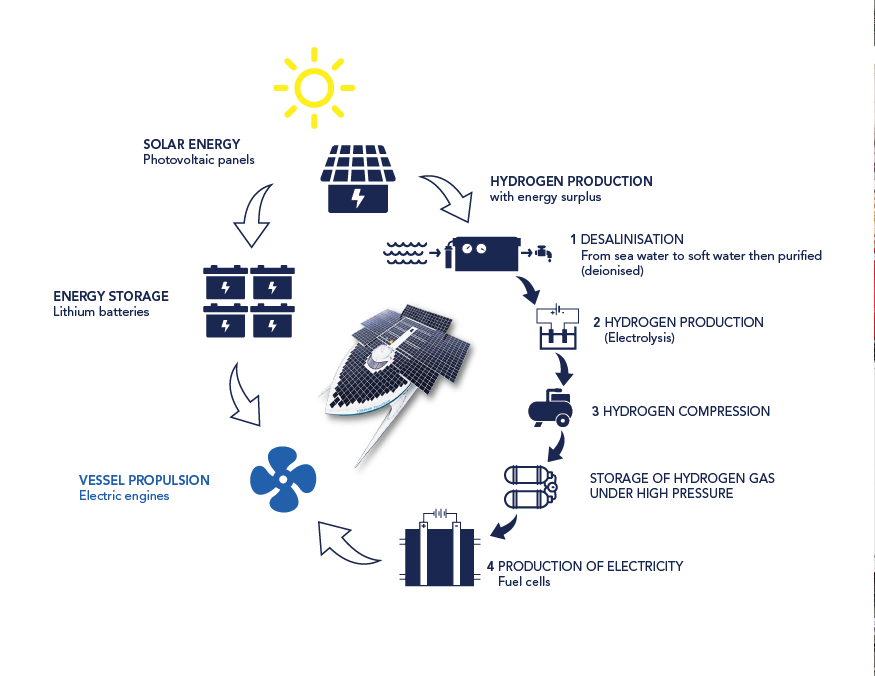 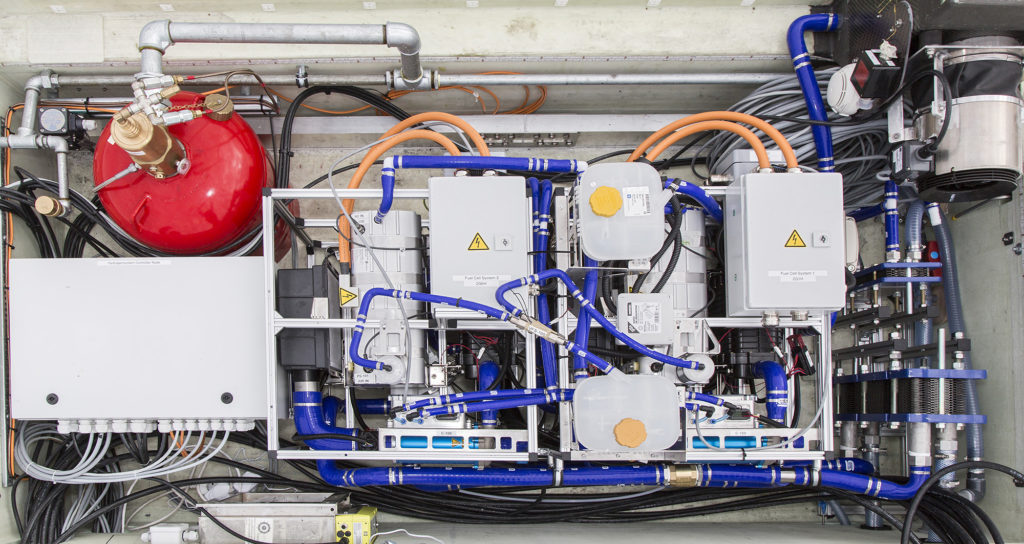