Ephemare Mission in Bermuda and in Guadeloupe

In June and July 2017, three scientists from the universities of Bordeaux, Vigo and Antwerp took the first samples of microplastics aboard Race for Water.

In October 2017, six scientists from the University of Bordeaux, Marche University and the Institute of Marine Sciences CNR- ISMAR in Italy, joined the vessel to carry out sampling in Guadeloupe (following a similar protocol to that used in Bermuda). 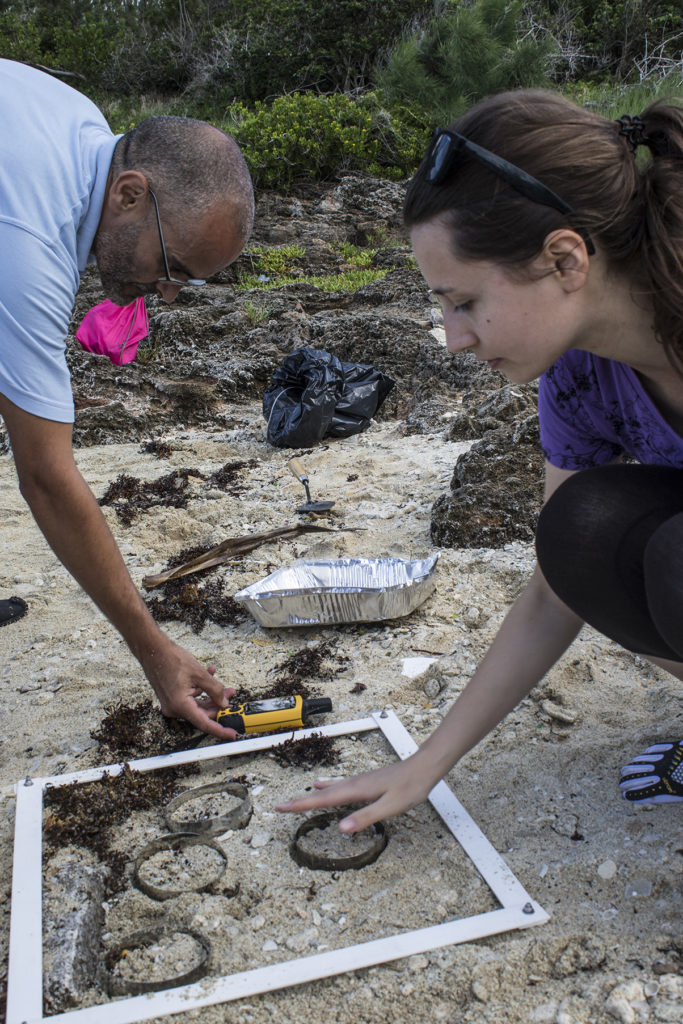 The Race for Water vessel welcomed on-board the first scientists from the EPHEMARE project supported by the European consortium JPI Oceans. For ten days or so, Race for Water was the stage for a series of microplastic sample taking enabling the eco-toxicological effect of these particles on marine ecosystems to be studied.

This series of samples and sampling of microplastics took place on the beaches and in the waters of Bermuda. Raimundo Blanco (University of Vigo), Camilla C. Carteny (University of Antwerp) and Christelle Clérandeau (University of Bordeaux) were the first scientists to benefit from the 90m2 that is reserved for oceanographic research on the Race for Water vessel. All involved in the EPHEMARE project, their subject matter was a study into contamination via microplastics and their effects on aquatic species, whether it be on invertebrates or fish.

Aboard Race for Water, with the help of the crew and local scientists, they collected samples of microplastics present in the water column, in the surface water and in the sediment, as well as in the holothurians (sea cucumbers) and bivalves. Two areas of interest were covered: Whale Bone Bay and Well Bay.

These samples will later be used to characterise (identification, quantification, chemistry) the samples of microplastics taken and measure their potential toxicity regarding one or two model marine species. 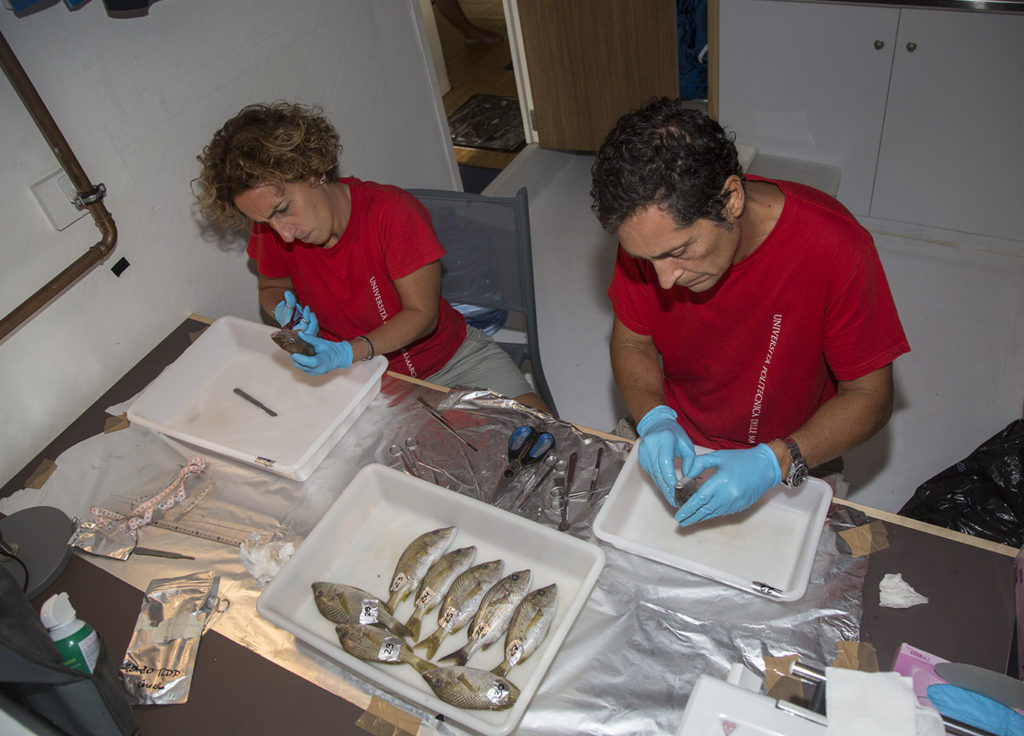 From 3 to 11 October, six scientists from France and Italy joined the vessel to study the toxicological effect of microplastics on marine ecosystems.

On the programme, extensive sampling of the plastic pollution, whether it be in the head of water or the sediments.

For 3 days, the vessel travelled between the beaches of Le Viard (Petit-Bourg) and Malendure (Basse-Terre), sites in which this European research programme took samples of macro and micro plastic waste in collaboration with Dr. Soazig Lemoine, senior lecturer at the University of the French West Indies.

The samples collected were analysed in the laboratories partnering the EPHEMARE project, with a view to studying the quantity, the type and the toxicity of the microplastics present in the ecosystem’s various environments.

The EPHEMARE mission is also about exchanging with other local scientists and the general public. In Bermuda, we organised a workshop about the issue of plastic pollution and in Guadeloupe there was a conference for the general public at the University of the French West Indies to exchange ideas about the context of local pollution.

Testimony from Bénédicte Morin, Senior lecturer at the University of Bordeaux

“Frankly, I’m delighted and I’m sure my colleagues are too. The vessel is incredibly spacious and we carry out some high-quality work aboard, in collaboration with the on-board crew, who were really welcoming. Of course, it’s quite remarkable to be able to carry out oceanic studies without any environmental impact and in noiseless surroundings thanks to this revolutionary vessel powered by clean energies.”

To find out more, read our articles on our blog:

SCIENTISTS STEP ABOARD!
INTERNATIONAL EXPERTS FOR A SCIENTIFIC WORKSHOP
IMPRESSIONS FROM THE ON-BOARD SCIENTISTS
STUDY PLASTIC POLLUTION OF THE OCEANS: AN INSIGHT INTO THE LIFE OF THE SCIENTISTS ON RACE FOR WATER