Exposing the scandal of illegal export of plastics in Indonesia

Deplorable! The word is not strong enough to denounce what the Race for Water Act team discovered on the east side of Java Island.

The village of Bangun, located an hour away from Surabaya’s big commercial port, is literally covered with plastic waste illegally arriving from abroad. Boxes of American cocoa, French juice cartons, Irish cheese packaging, Australian plastic bags, Greek sachets, and other plastic waste too expensive to sort and often impossible to recycle in their countries of origin, have been accumulating in mounds in this village for thirty years.

Yet the import of household waste is not legal in Indonesia. 54 countries are therefore breaking the law by well-established means that have allowed the development of a whole local economy. But at what cost for local people and the environment?

Indonesia lacks cellulose for manufacturing paper. It imports used paper and cardboard from abroad. Since the 1970s, paper mills have been finding clandestine waste deliberately hidden in containers. Returning the goods, or taking legal action was not economically viable. So, they began sorting the waste to recover only cellulose. They disposed of the rest directly in the adjacent river. In the 1980s, residents of Bangun village decided to recover them to extract their maximum value.

To get an idea of ​​the acceleration of the phenomenon, in the 1970s, the main factory in the area had a single sorting line. Today it has 7. Each year, the 12 paper manufacturers in the East Java region officially import 700,000 tons of paper. 30 to 40% is actually plastic.

The mixed waste is shredded, cleaned and sorted by successive baths in the paper mills. Cellulose and the most valuable waste are recovered and resold. The rest is delivered in small, still soggy and dripping pieces, to three villages including the one we were able to visit.

Lorries dump the “merchandise” for free on an enormous central site where any inhabitant can come to help themselves. Some prefer to pay and have so-called more interesting bundles home-delivered.

The tedious and painstaking work can then begin. With their hands, sitting in the heaps of almost exclusively Western waste, people (often women, children and the elderly) search for the grail: plastics still in one piece, or pieces large enough to be sold to recycling companies in the region. Sometimes they find foreign banknotes or jewels, and this is a feast day!

As for the remainder, and we are talking about the majority of waste spread over  old rice paddies, it is the icing on the cake. It is sold in bulk to tofu companies to feed their ovens and boil the soybean. Plastic, accessible at a very low cost, thus naturally replaced wood as a fuel 25 years ago.

Economically, everyone is a winner. The former farmers prefer the guarantee of a daily income that they can earn as waste collectors, to climatic fluctuations and the seasonal nature of the work in the rice paddies. The tofu industry survives on a low-cost fuel, allowing it to import soybeans from the USA (problem!) or China, as the local grain is not milky enough.

But the toxic emissions, illustrated by the black fumes that come out of the cauldrons, are cause of concern to few people, least of all to the illegal shippers who are probably more concerned about their national recycling statistics or their objectives to reduce waste landfill in their countries.

Meanwhile, Indonesia, just as many Asian and African countries that recover our non-recyclable waste, is already swamped by its own waste. However, this hard-working and efficient workforce could take care of local waste and significantly reduce the quantities that flow daily into the oceans mainly due to lack of waste management infrastructure. It comes back to us in the form micro-plastics on our plates. Whose fault is it? 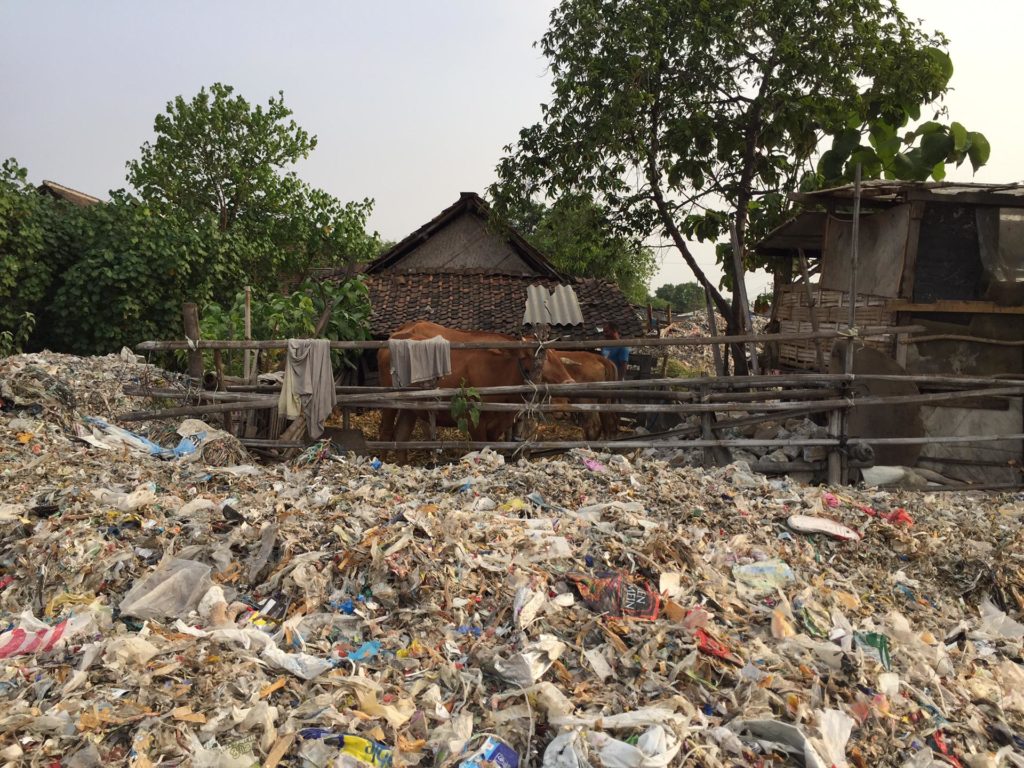 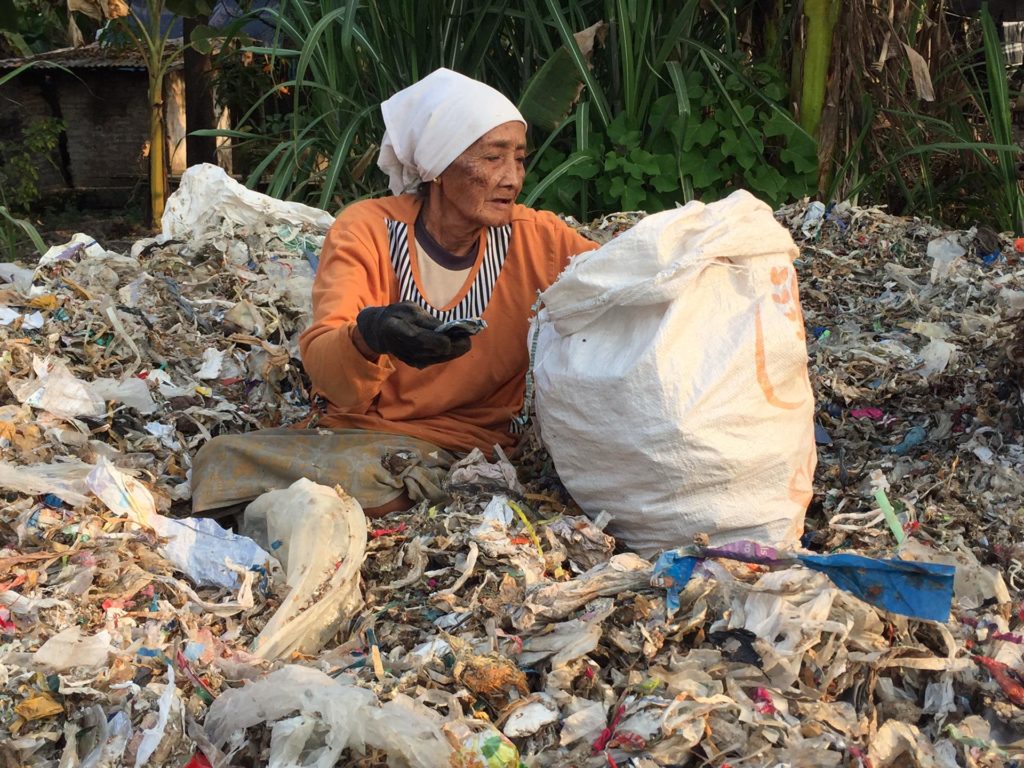 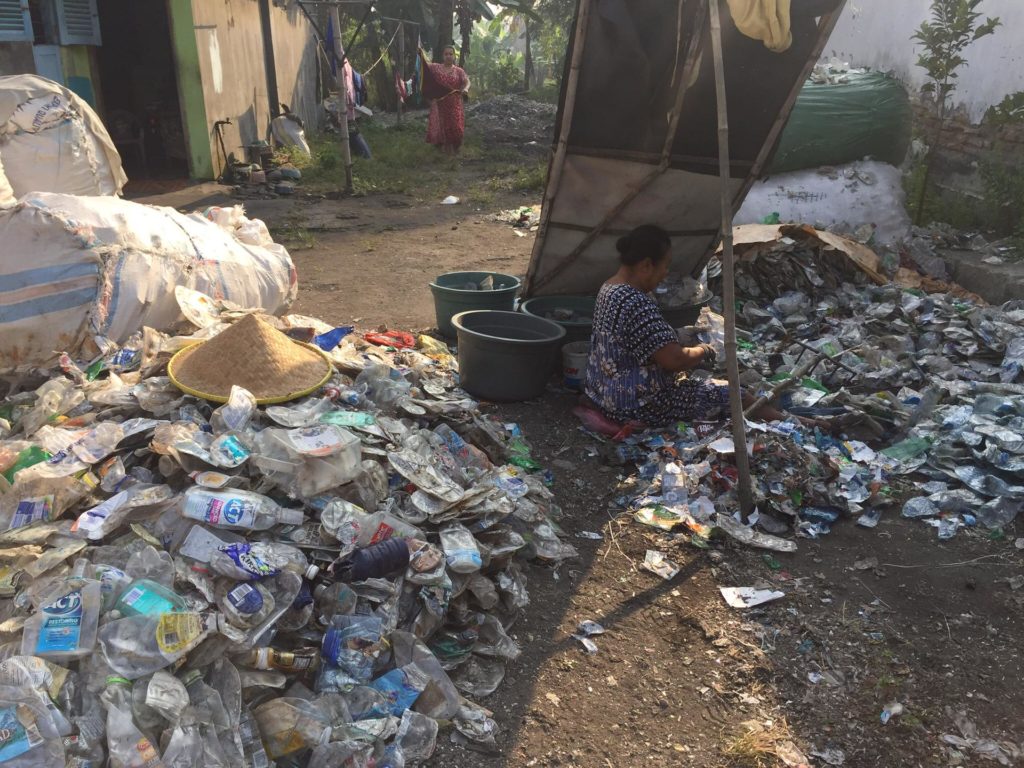 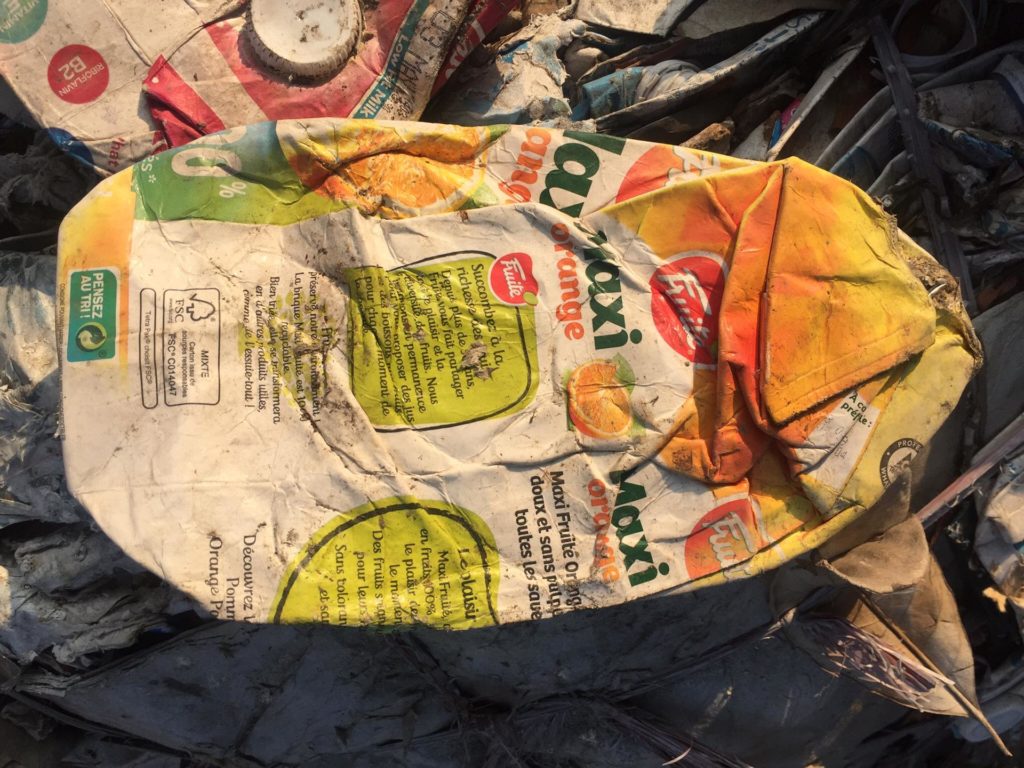 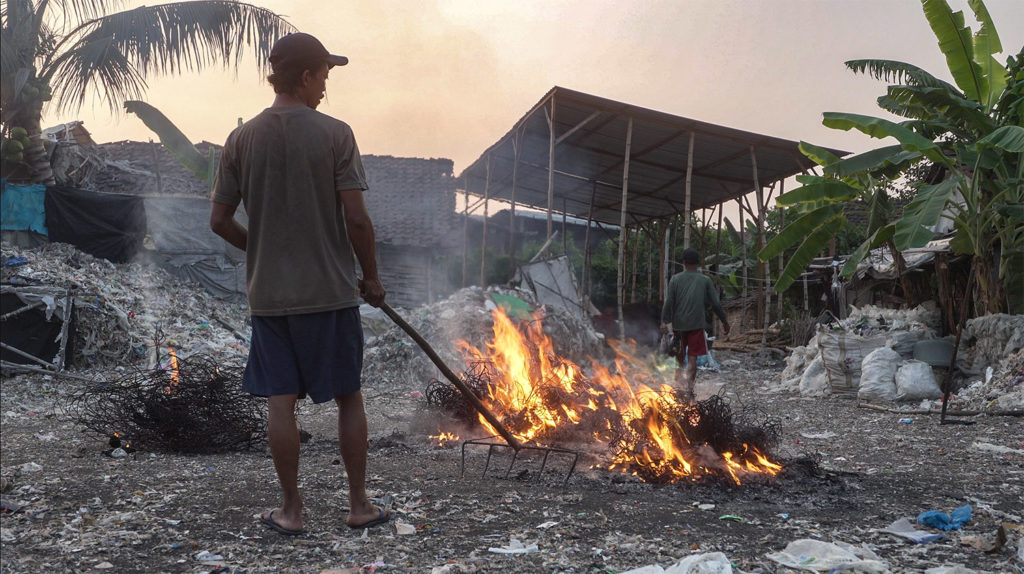 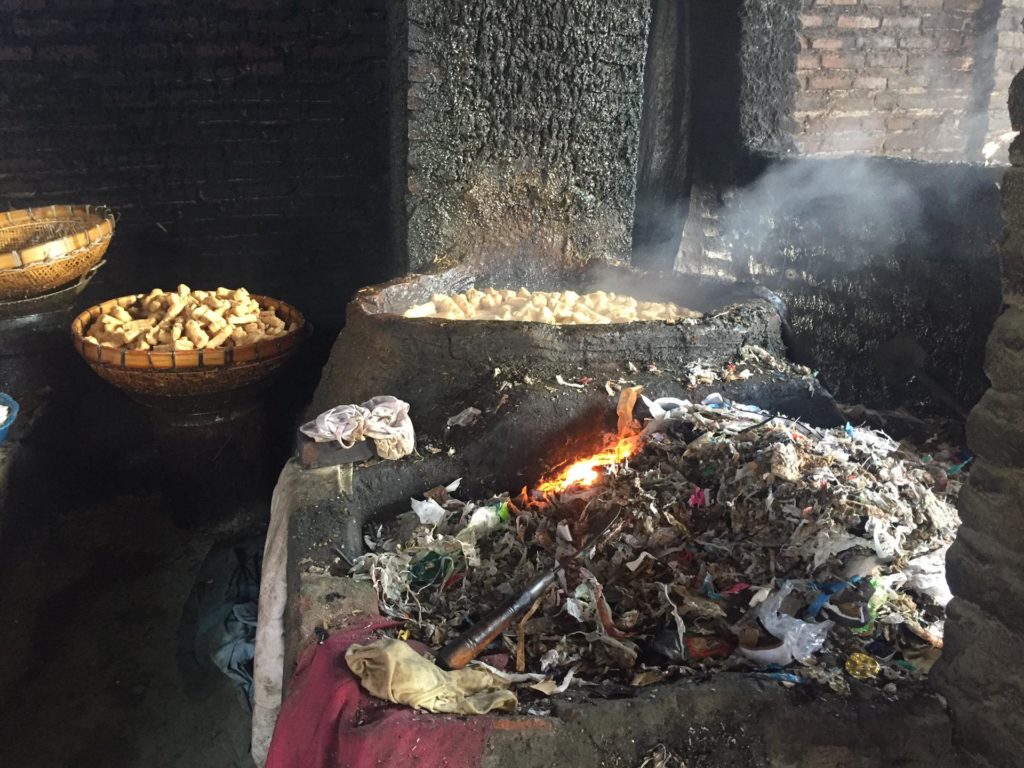 Kagoshima, here we are !