The Foundation's ambassador ship has been in Hong Kong since last October. The first part of the stopover was dedicated to the deployment of the Race for Water: Share and Act programs. The second part is dedicated to the technical and maintenance of the catamaran.

Annabelle Boudinot, second captain, gives us her impressions of Hong Kong, a Chinese city of seven million inhabitants, located in South-East China, on the eastern bank of the Pearl River.

“At the start of the year, I came back on board to reinforce the team, as Basile and Fanch were on duty during the sweet-brewers’ truce. I arrived in Hong-Kong on 4th January, a few days later Martin took over from Basile. Finally Christelle and Anne arrived from France last Friday. I’ve been in Hong Kong for 2 weeks now.

I had the opportunity to observe the city and its organization. 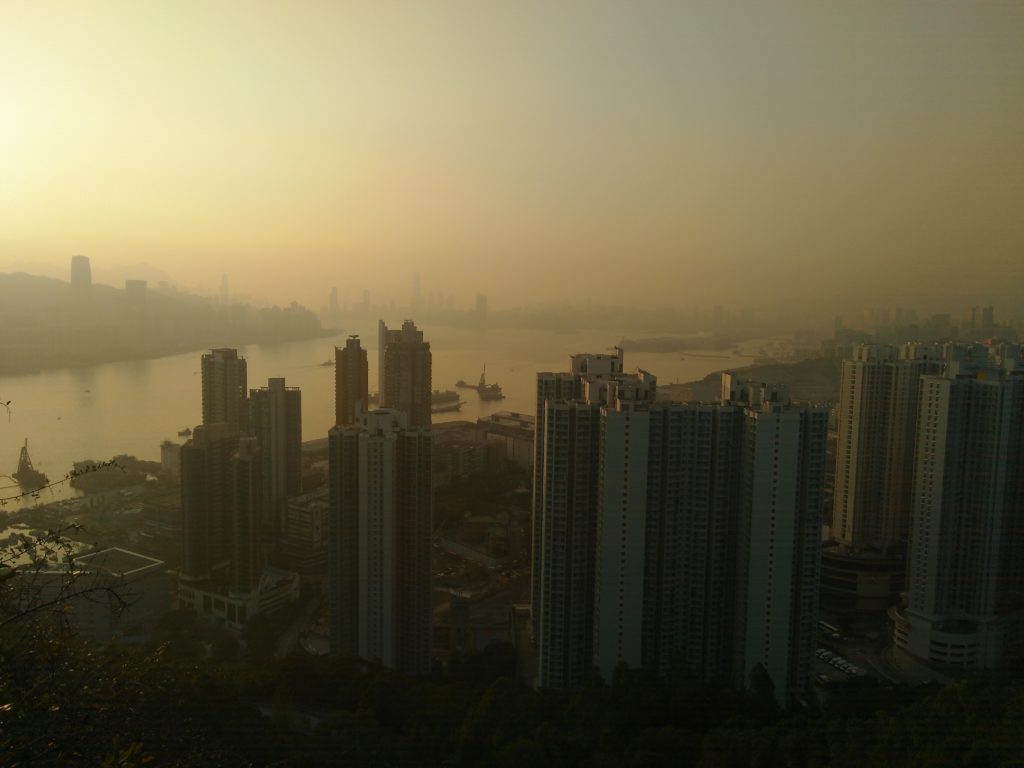 On the plus side, it’s very green! Apparently 60% of the city is left to vegetation. There are small peaks here (the highest is Mount victoria at 552m) with hiking trails. These small paths are well appreciated by the crew, for once we can make our legs work, we don’t deprive ourselves of them! Indeed the job of sailor makes work the head and the arms, but it is rare that we make more than 30m in a row on our boat which counts 32 of them!

Public transport is frighteningly efficient, quickly transporting people between the islands and the city districts. It’s mesmerizing to see the crowds of people parade through the rush hour at Central, the station in Hong Kong’s main business district!

The air is quite breathable, on the one hand the traffic seems rather fluid compared to the other big cities we have known, on the other hand taxis run on gas and there are many electric vehicles.

On the less positive side, a big housing crisis, at the moment we are in Deep Water Bay, away from the center, the housing is airy, quite few (there are only a few buildings in the bay) and at prohibitive prices! It is also called the bay of the millionaires!

As soon as you go back to the denser neighbourhoods, it makes you dizzy to imagine so many apartments, sometimes with only a few m2 per person, to imagine all your lives taking place just a few metres from each other… In the 1980’s Hong Kong had the densest district in the world with 1.25million inhabitants per km2, it was the citadel of Kowloon, evacuated in the 1990’s, today the city of Hong Kong has 6,357 inhabitants/km2! The price per m2 is 22,000 euros. Housing is a real headache difficult to solve for low income people.

For us it is the shock to see so many people, the expression “swarming with people” takes all its meaning in the district of Mong Kok, one of the densest, but where we go occasionally, because it is there that we can find everything, in technique, or in food, there are thousands of shops, one specialized in screws, the other in pipes, this one in valves and so on!

On board the atmosphere is calm and studious, maintenance, repairs and improvements are on the programme, the year 2020 will be busy, so we’re taking advantage of this respite to get our boat in the best shape possible!”.

On the way to Japan.

Race for Water’s stopover in China postponed to ...

The impact of plastics on our health...