News
Race for Water receives the go-ahead for a feasibility study commissioned by the municipality of Bora Bora.
Share Tweet E-mail

Bora Bora : Implementation of the BIOGREEN 300 ?

Bora Bora, a small island in the South Pacific situated to the north-west of Tahiti in French Polynesia, is highly committed to the sustainable development approach instigated by its mayor Gaston Tong Sang. Having participated in the “Plastic Waste to Energy” workshop aboard Race for Water on Wednesday 24 October, representatives of the municipality of Bora Bora officially gave the go-ahead for the Foundation presided over by Marco Simeoni to carry out a feasibility study with a view to the implementation of a machine that converts plastic into energy, the BIOGREEN 300, created by the French company ETIA.

Marco Simeoni: “The Mayor of Bora Bora, Gaston Tong Sang, along with several representatives, took part in the work session on solutions for converting plastic waste organised by the Foundation on its flagship vessel. The latter were attracted by ETIA’s “Biogreen 300” high-temperature pyrolysis technology as well as the associated social, environmental and business model. The town hall has commissioned the Race for Water Foundation to carry out a feasibility study to recover the energy from the island’s plastic waste (approx. 10,000 inhabitants and 130,000 tourists a year).

Since 1989, Gaston Tong Sang has been the Mayor of Bora Bora and, from the start of his term of office, he has been keen to foster a sustainable development approach on the island. Thanks to him, Bora Bora was the first island in Polynesia to be equipped with a drinking water supply, as well as a system for treating waste water in a bid to preserve the lagoon. Today, the Mayor is keen to continue on this path of innovation and sustainable development. The challenge to be taken up now is managing and converting the waste. In this way, Bora Bora would be a pioneer in the local processing of plastic waste.”

The Race for Water Foundation, which has been criss-crossing the oceans since April 2017 on its five-year odyssey, already has 3 implementation projects under study in Peru, on Easter Island and also in the Dominican Republic. Though it’s the obvious solution in the face of the urgent need to cancel out illicit plastic before it reaches the oceans, we mustn’t forget that the best waste is that which we don’t produce: refuse, reduce, repair, reuse and recycle… 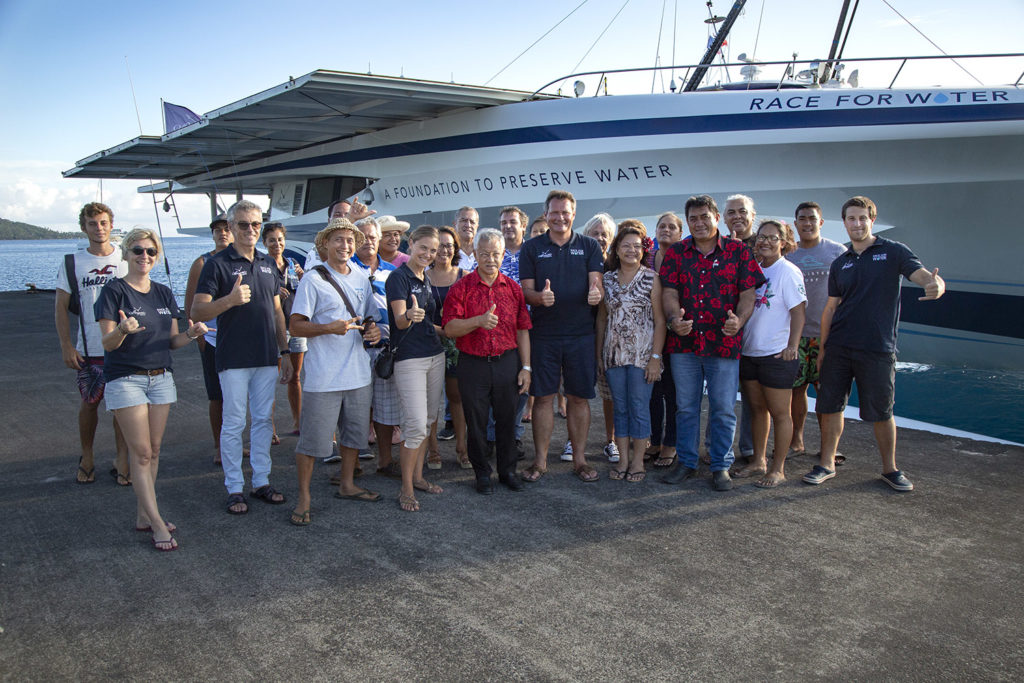 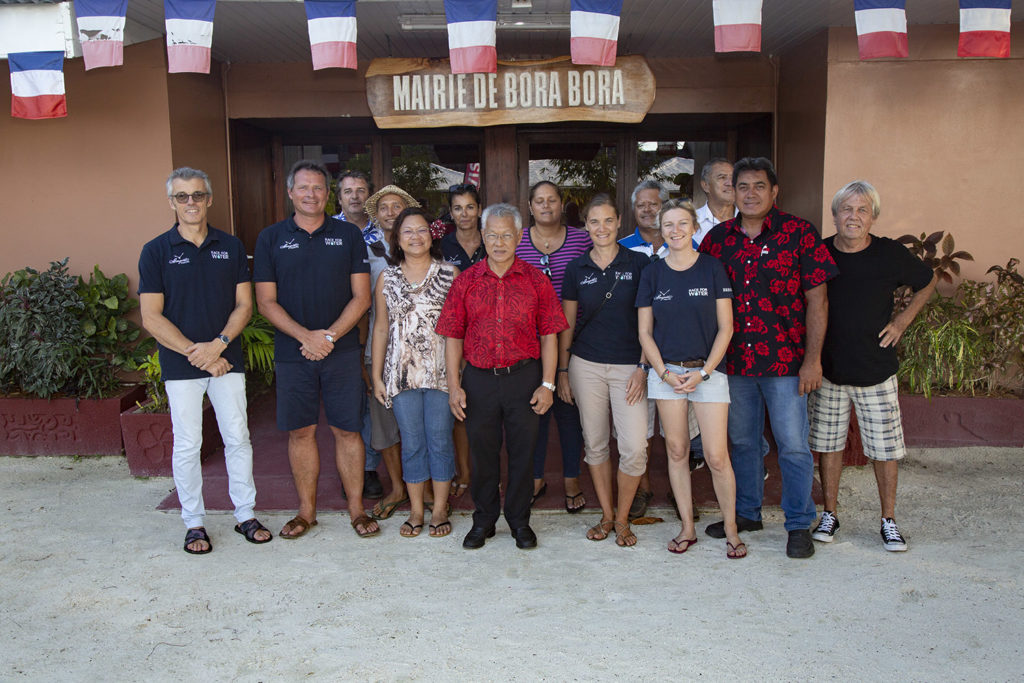 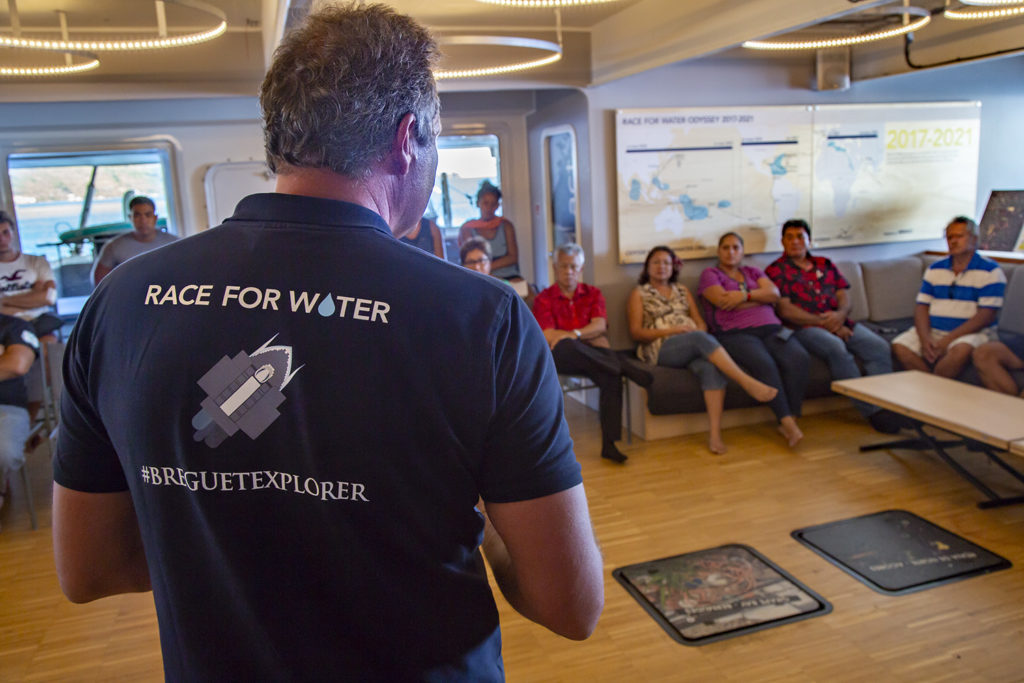 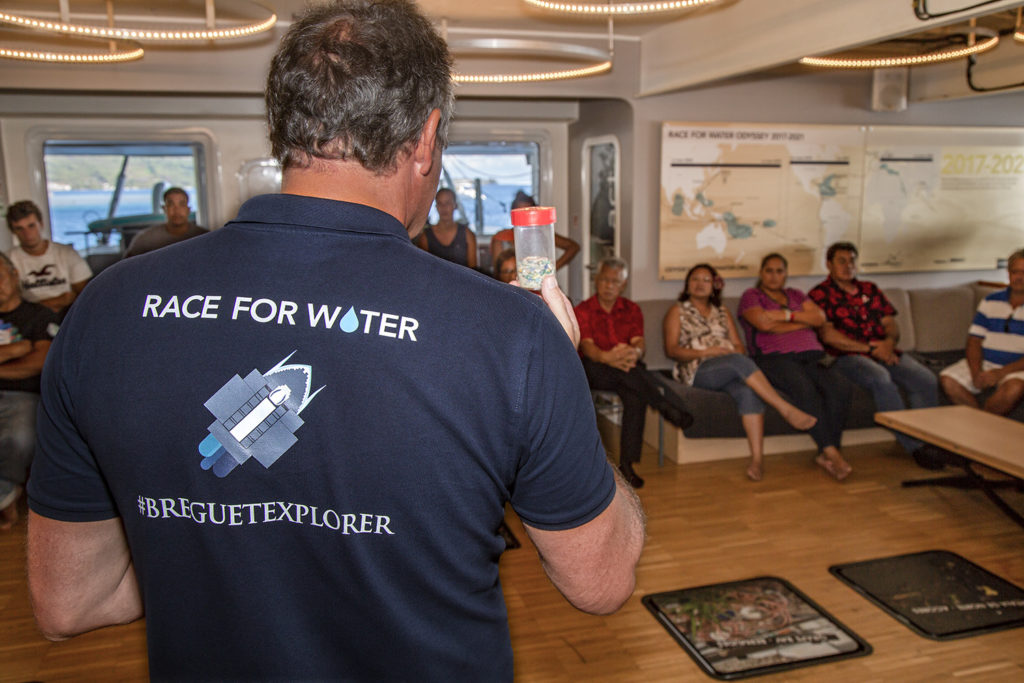 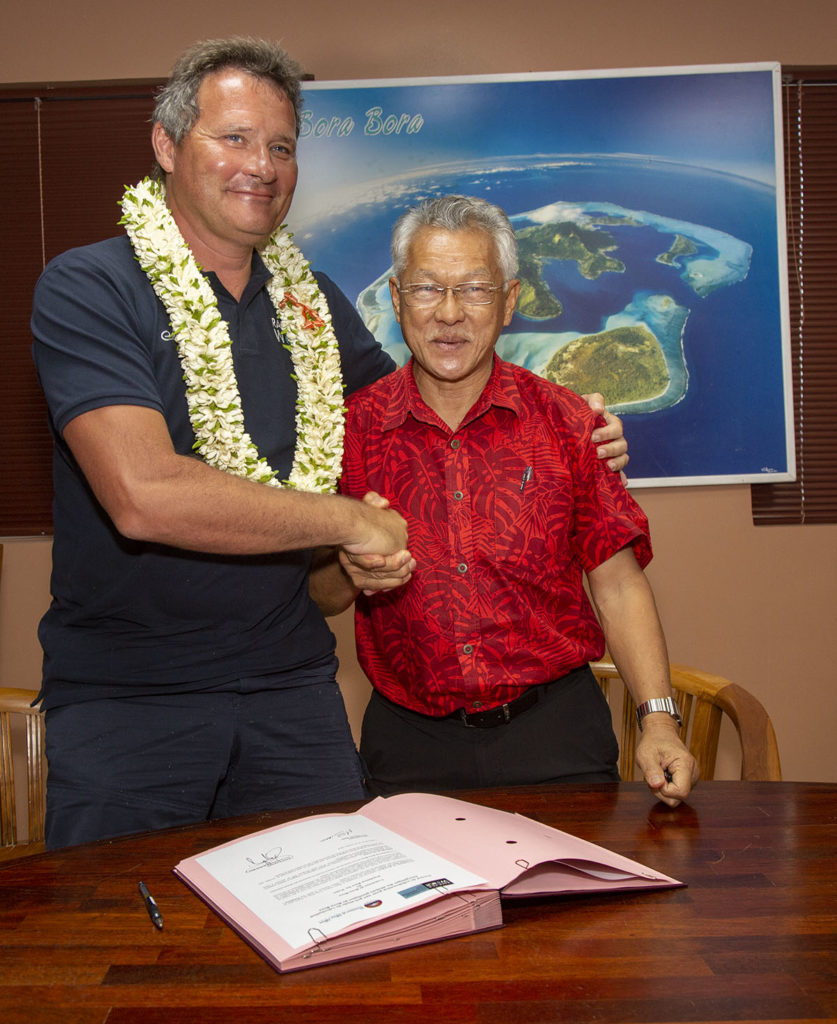 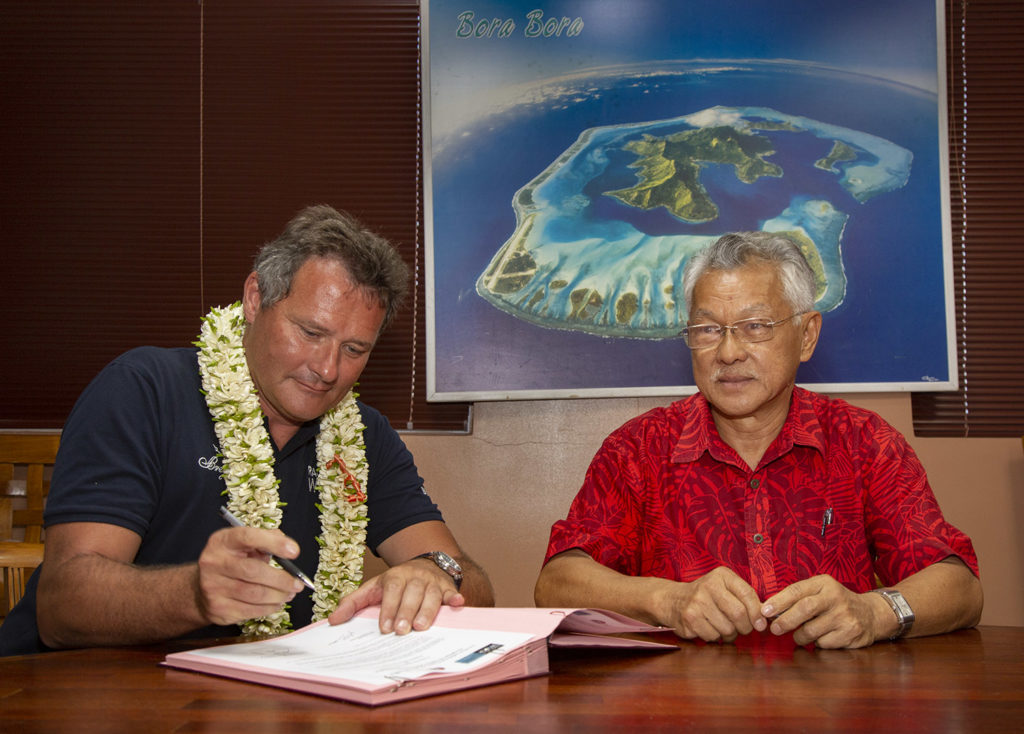 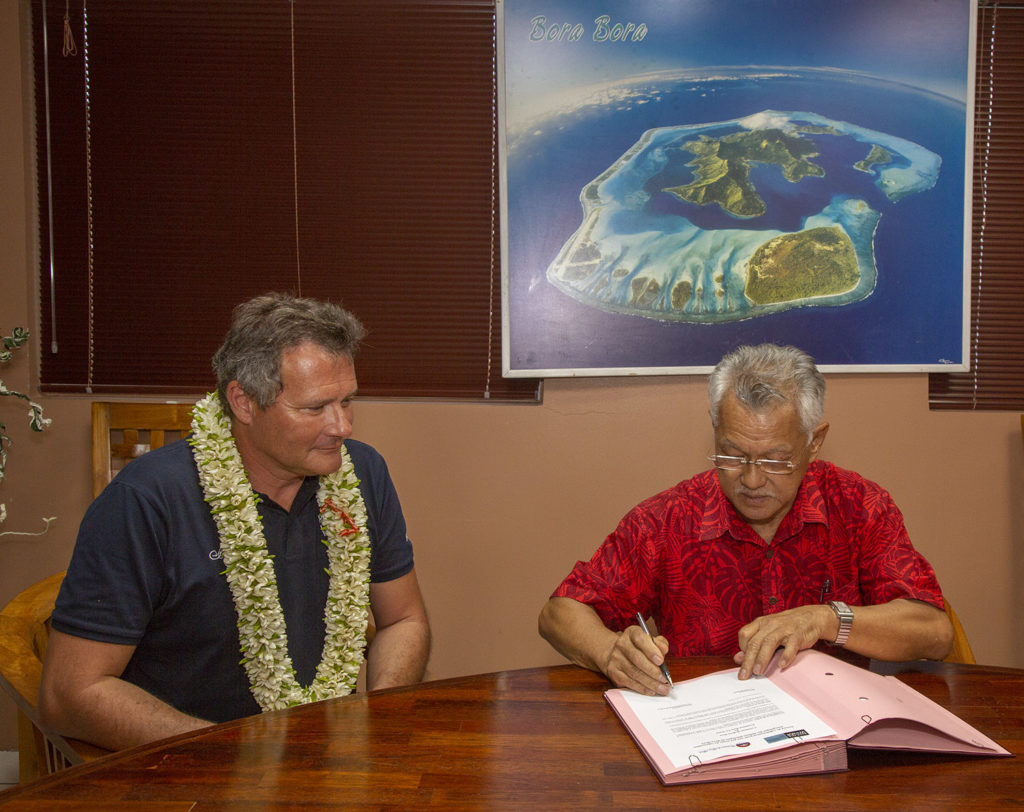 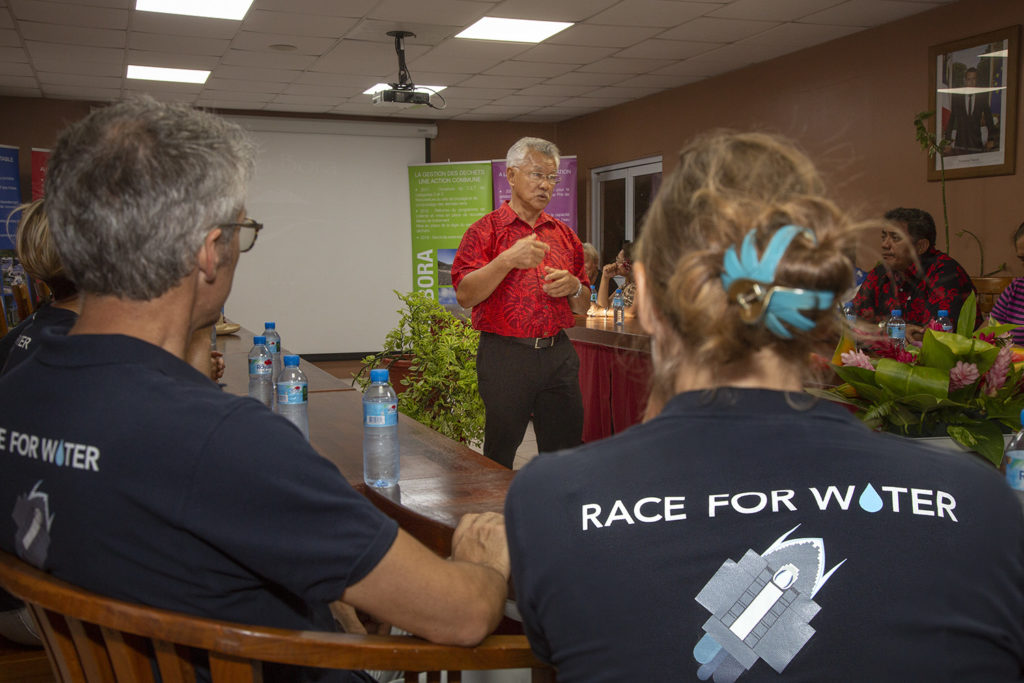 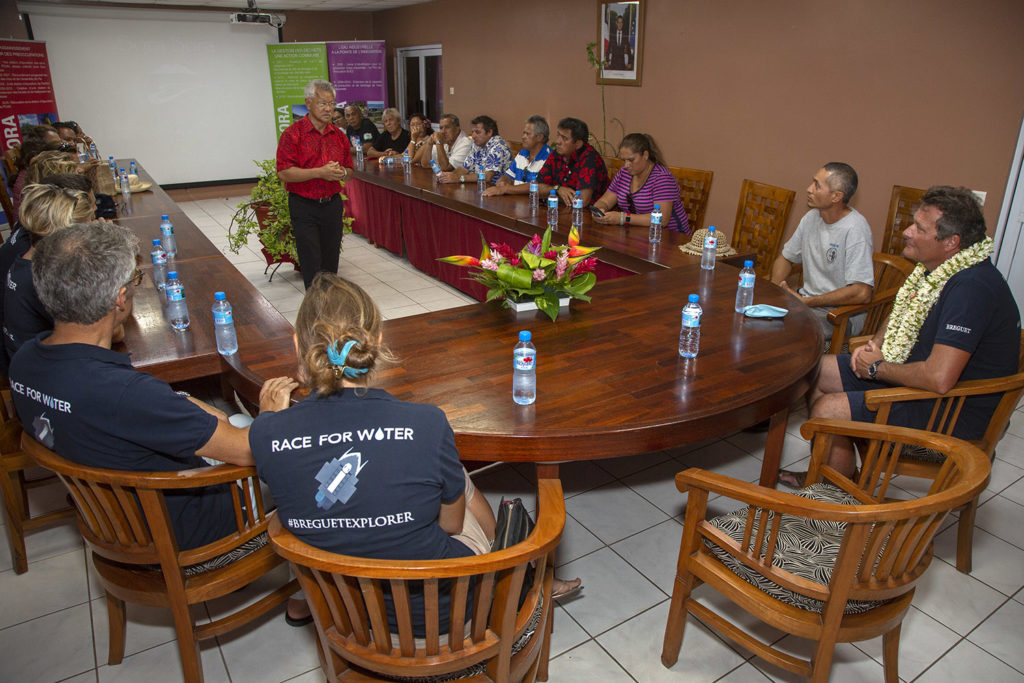