Beach Clean Up in Okinoerabu…

On the island of Okino-Erabu, three young girls will leave an unforgettable memory for the crew of Race for Water.

Lili, 11 years old, Hana, 9 years old and Mei, 6 years old, have been involved for years in the protection of their environment and bring in their wake a part of the population .... Bravo girls!

During a Beach Clean Up, a daily event for the three girls of the SAO family, the crew of Race for Water accompanied them.
Christelle Brigeot-Mathieu tells us the story….

“On Wednesday, the 11thof March, we had a meeting at 9 am at the Tourism Information Centre with the SAO family and in particular the 3 girls of the family: Lili, 11, Hana, 9 and Mei, 6 years old respectively. We had met them for the first time when we arrived on OkinoErabu; they welcomed us with a big bouquet of flowers and wide smiles…

Eijiro (director of the tourism information centre), who came to pick us up at the boat to take us to the meeting, arrived with a first surprise: his mother Mia, an energetic 72-year-old Japanese woman who every morning cleans the beach below her home.

She is very interested in the boat. During the visit, she tells us about the plastic that washes up every morning on the beach with the tides and the change she has seen in the twenty years she has lived here: there is more and more plastic waste, in particular large blocks of polystyrene used for fishing and which disintegrate both in the water and on the beach.

We set off for our meeting with the SAO family. In a room we found Lili, Hana and Mei accompanied by their little brother, their parents and Taeko our translator. Over twenty minutes, and with the aid of a PowerPoint, the girls presented their initiative to us: “Beach Clean Up on the way to school”! 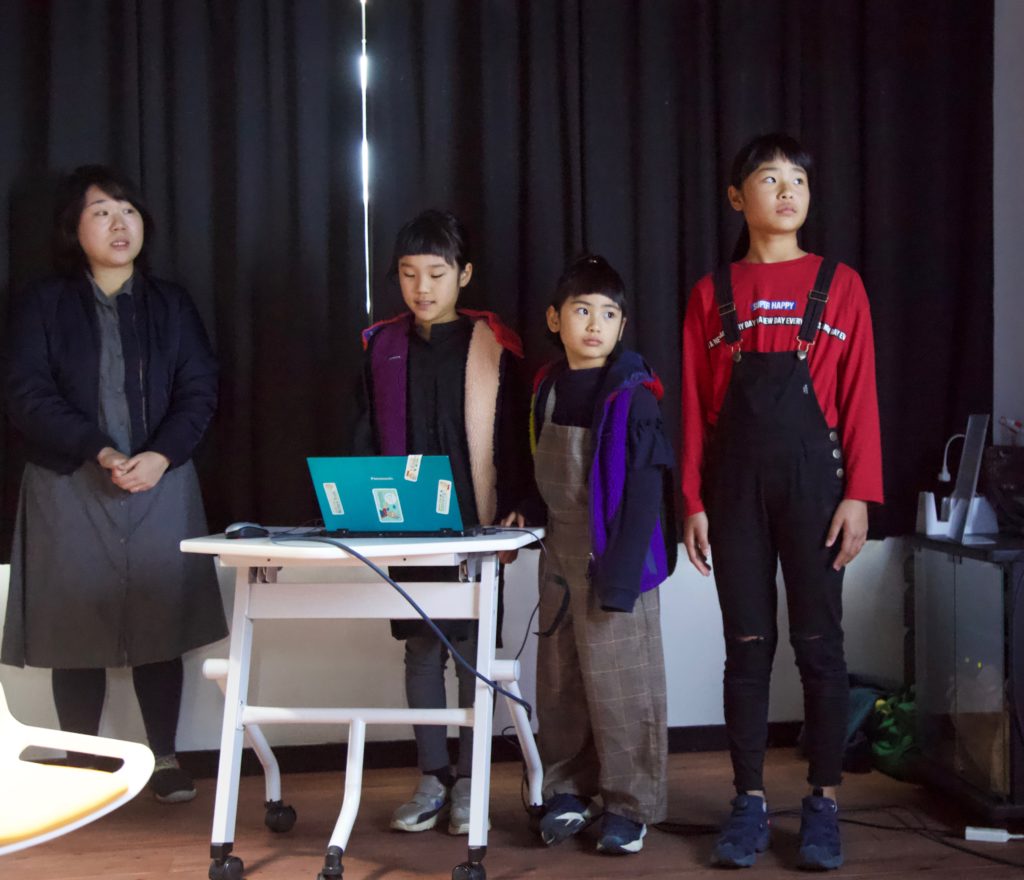 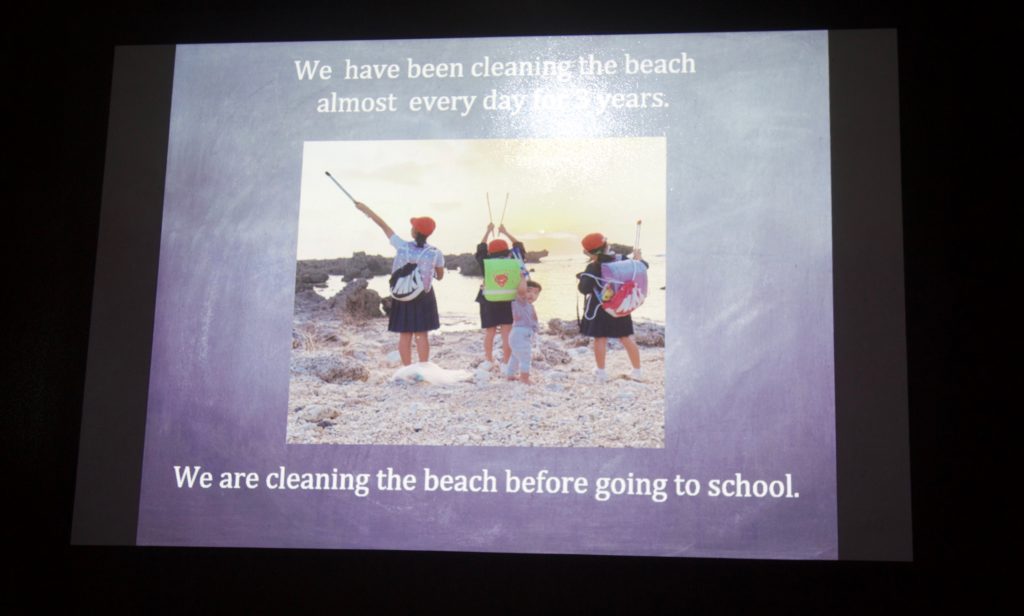 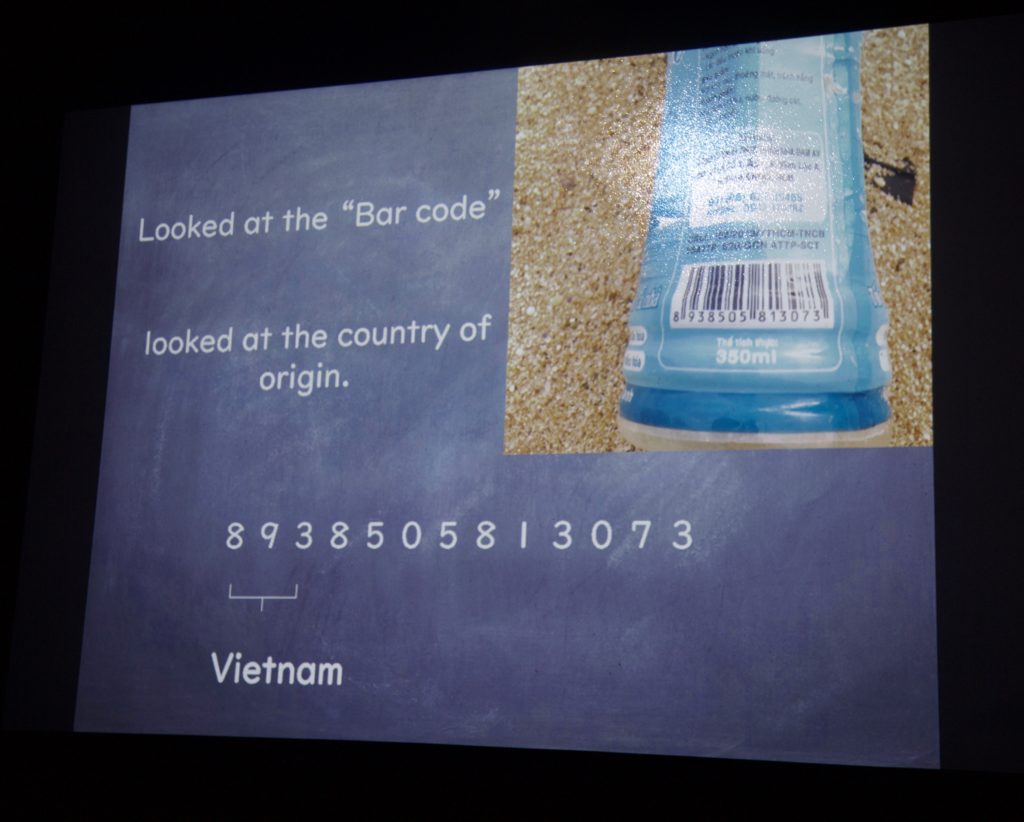 The initiative was born out of a summer environmental homework project set by their parents: they had to do something together for the environment with their own means and document it. So they chose to clean a beach near their home. This summer task has become a daily habit which they took up with the start of the school year by adding a few rules.

The rules for this environmental initiative are as follows:
– 15 minutes of waste collection
– 15 minutes of games on the beach
– Self-financing (gloves-bags-waste grabbers-recycling centre)
– Except on rainy days and lie-in mornings 🙂

They also began to take notes on the waste found, in particular the bar codes on the plastic bottles in order to know their origin. They made small cheat-sheet boxesto easily identify the bottles on the beach.

We then left for Idashichi Beach, a small beach popular with tourists in summer and turtles during the laying period. After winding our way along a narrow, poorly maintained and very green path, the beach came into view… What a horrible sight!!! 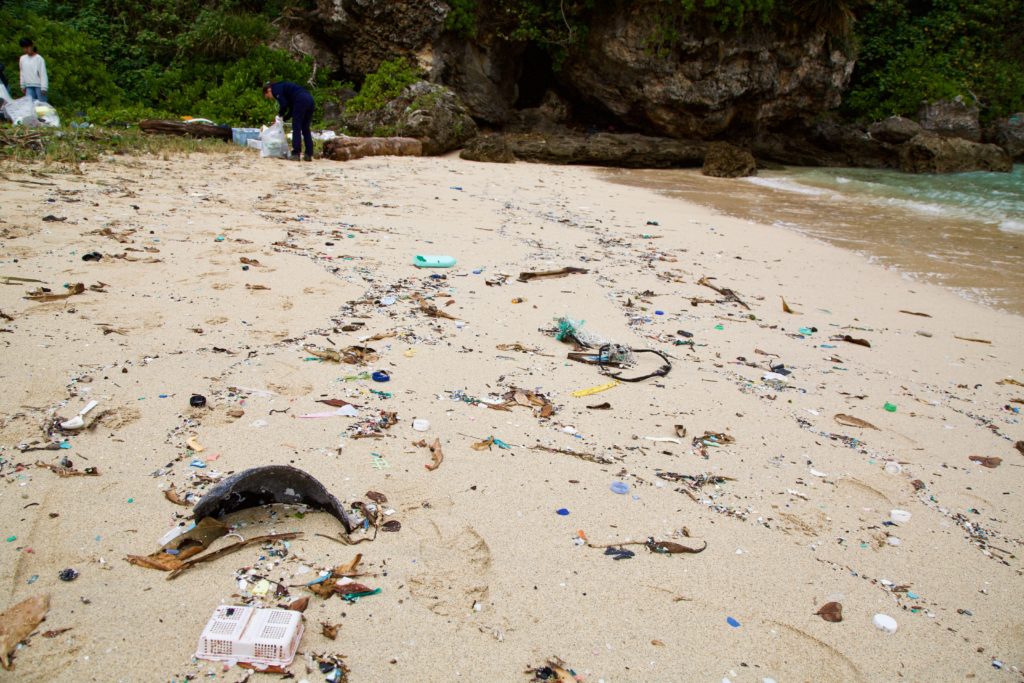 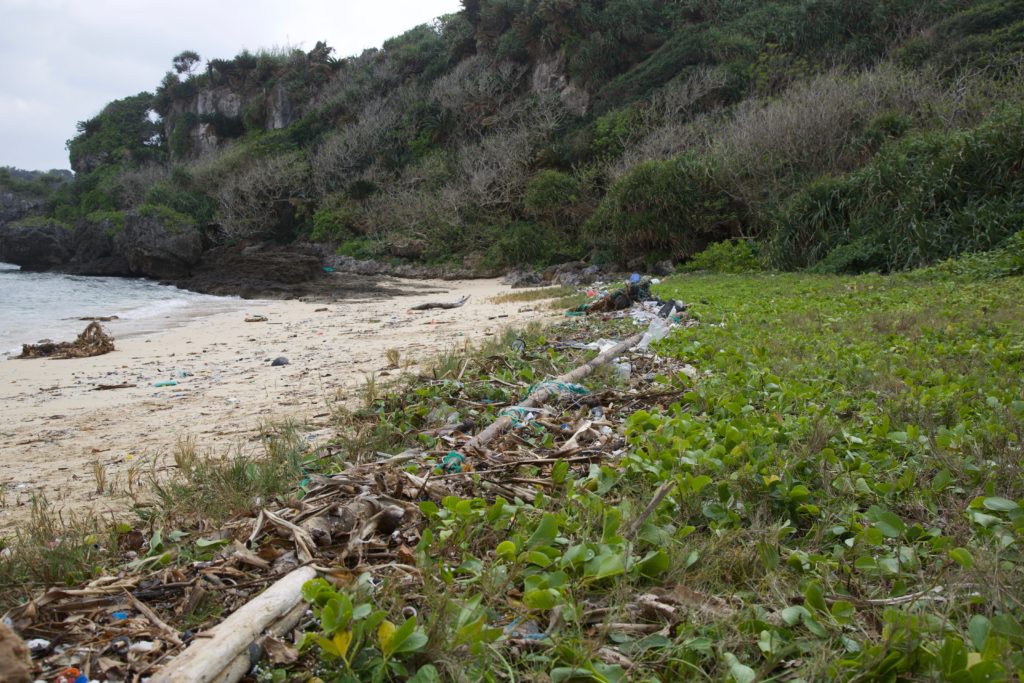 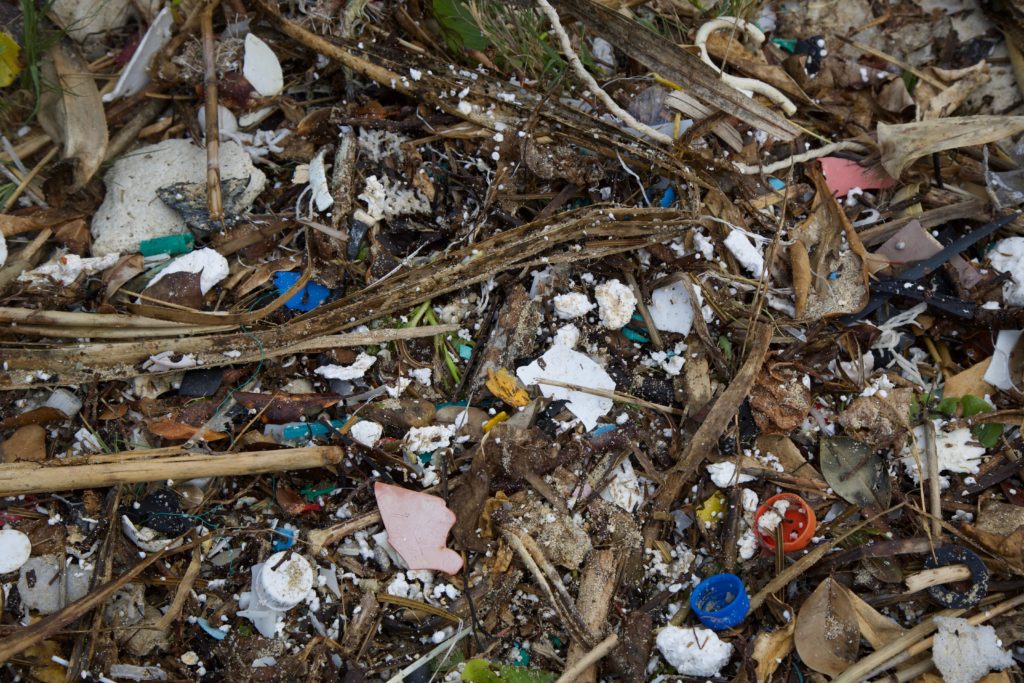 The beach was covered in plastic bottles, glass, smaller and larger bundles of polystyrene degrading on the sand, shoes, fishermen’s balls, nets… And especially micro-plastics all over the sand. The sight of this beach is almost unbearable. It’s impossible to imagine laying your towel down and let alone turtles laying eggs in this landfill.

We get ready for 15 minutes of waste collection. Lili hands out the gloves, Hana the bags and Mei the grabbers which are useful for picking up dangerous objects, broken bottles, bulbs of all kinds and even syringes…!!! 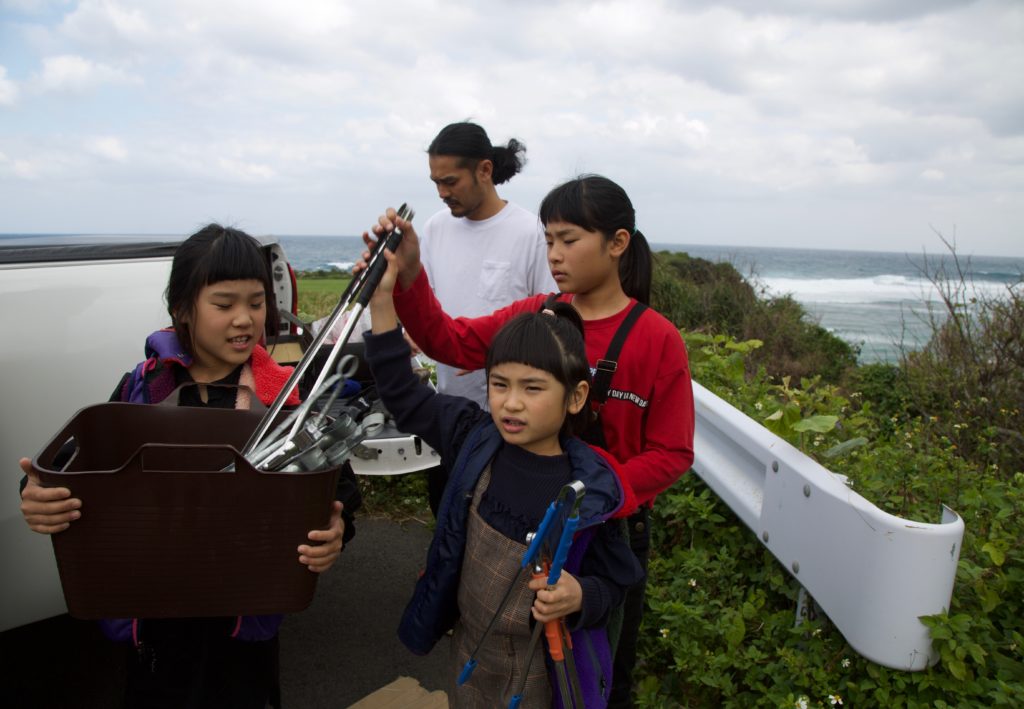 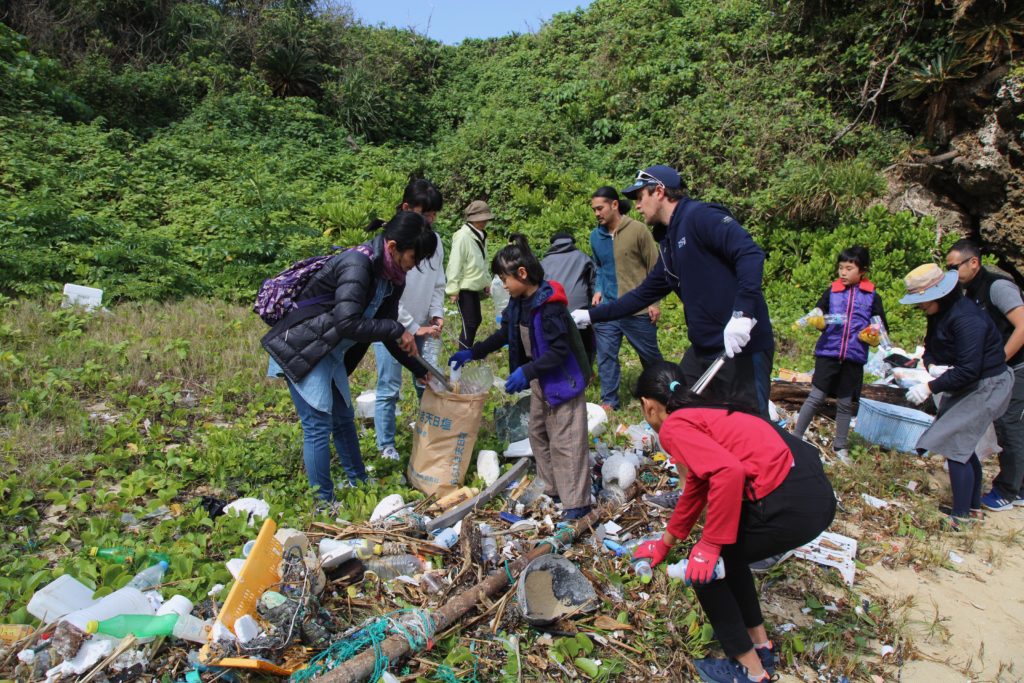 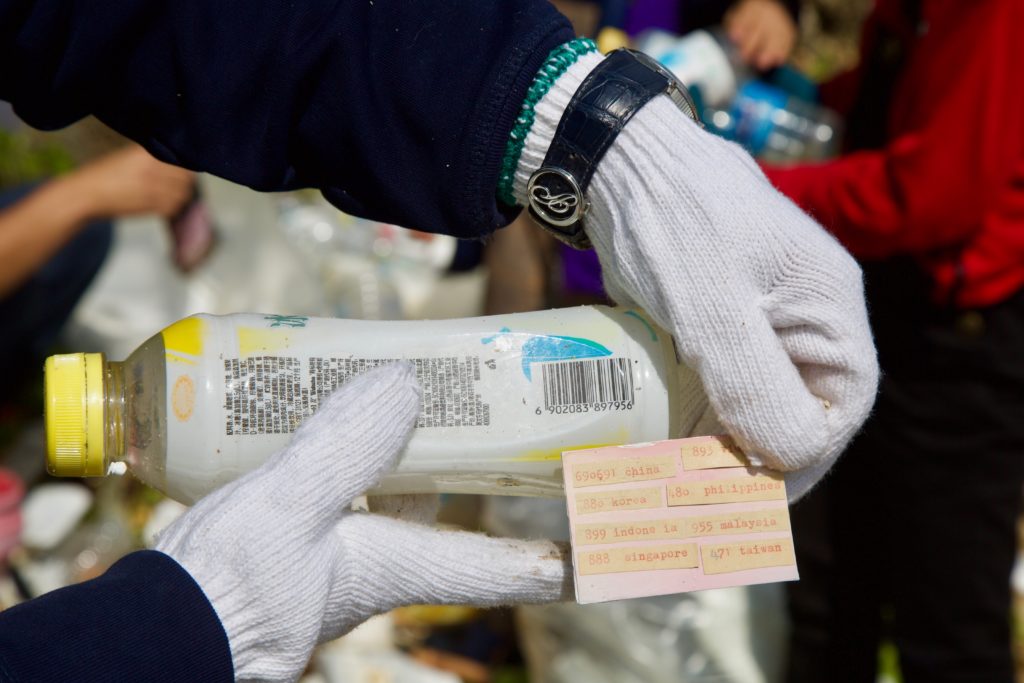 There are fifteen of us collecting. After fifteen minutes, around twenty bags and ten bundles of polystyrene are piled up at the entrance to the beach. 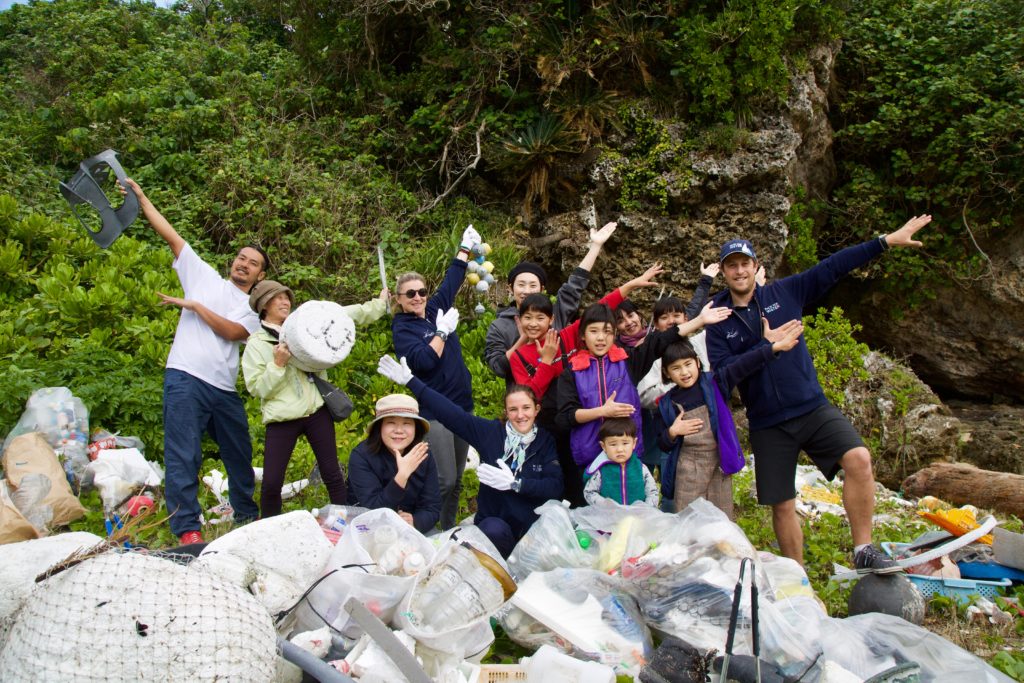 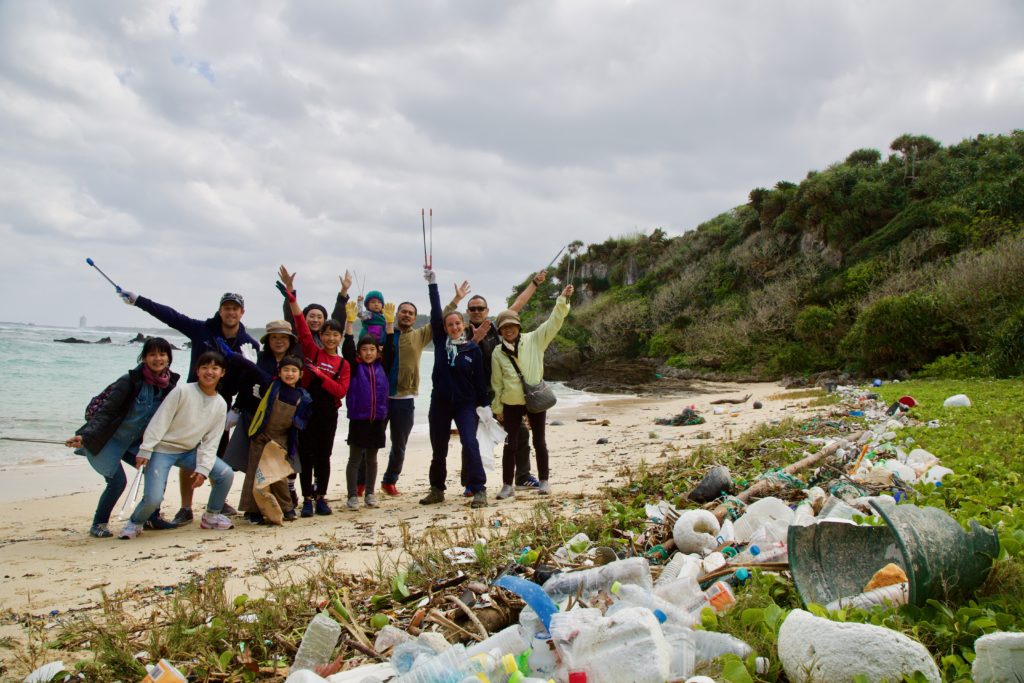 We can see the result: the beach is cleaner but is still polluted. The SAO family will return to this beach for a few more days…

The most disappointing observation is the micro-plastics and polystyrene beads.

It is difficult to pick them up because the size of the pieces is very small, and there are spectacular amounts of them. It is certain that these will remain in the sand for thousands of years to come.

Today, it is the initiative of these young girls that we must honour. They have been collecting waste on the beaches every day since 2017 and though, since this year, the town hall of Chinaassumes the costs of the recycling centre and the bags, they used their pocket money before!!!

It is by listening and watching these 3 young Japanese girls that we can be filled with hope for the future of our planet. Especially since for 3 years they have convinced an increasingly large circle of people, on the island and throughout the country thanks to social networks and appearances on national television, to get involved in Beach Clean Ups.

I am very proud and grateful to have been able to help them today.

A look back at the first intergovernmental meeting ...